74 year old painter, why draw more elaborately than a camera

A special vehicle poster created by the Tokyo Metropolitan Transportation Bureau. At first glance it looks like a photo, but it is actually a hand-drawn illustration. The author is Atsumi Onishi (74), a leader in plastic model box art. We asked Mr. Onishi, who told us, “I thought about the meaning of being asked” not with photos or CG but with illustrations “. 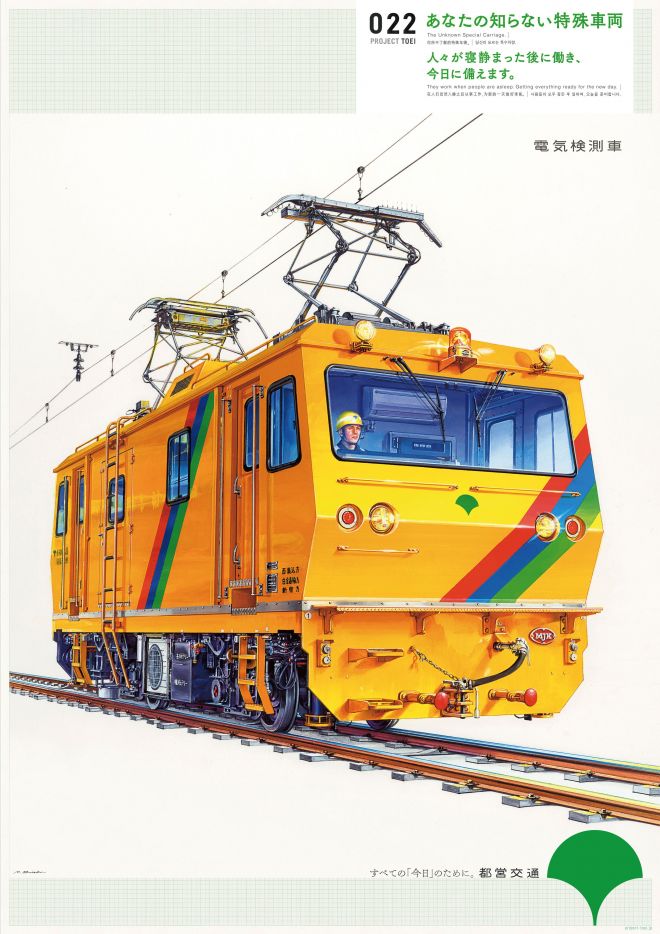 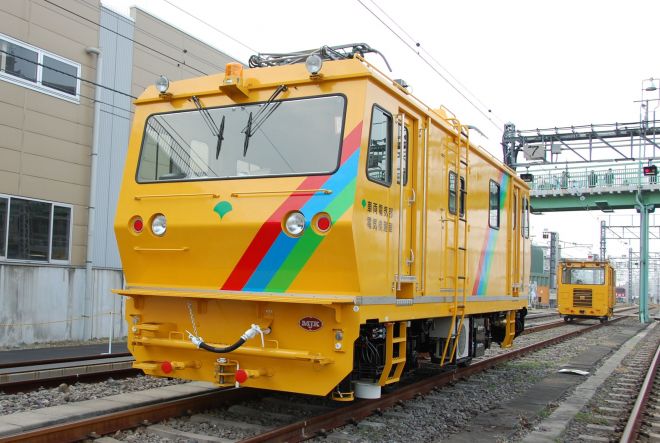 A poster of “PROJECT TOEI” published in the Toei subway station etc. It is a part of the plan to send out the city’s transportation system. Three posters numbered as “022” representing the 22nd bullet have been posted since March 18th. What is drawn are all special vehicles operating mainly in the middle of the night. A “rail trimmer” that grinds the head of a rail with a grinding wheel that rotates at high speed. “Electric locomotive E5000” for towing vehicles on the Oedo Line. “Electric inspection vehicle” that checks the overhead wire that supplies electricity. These vehicles drawn in detail. Just looking at the package seems to be a photo. 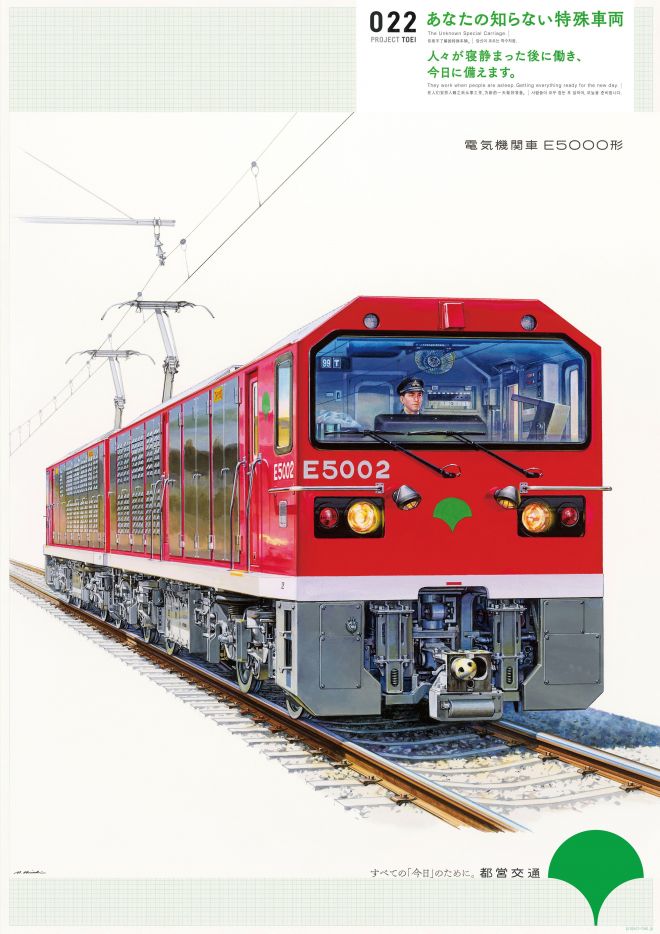 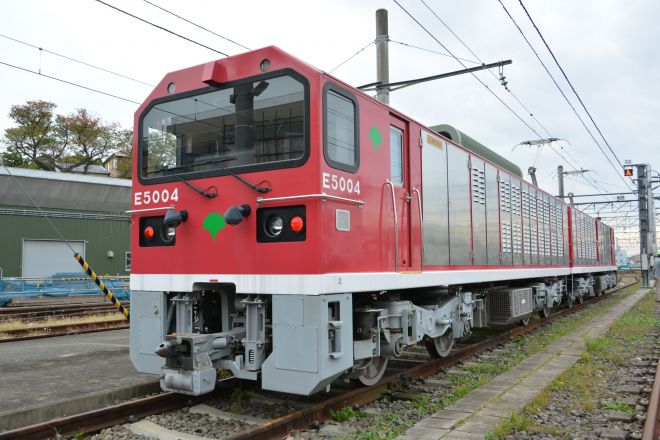 The artist who drew these vehicles is Atsumi Onishi.
After joining Tamiya, he worked as the company’s first illustrator. Even now, I am working on many box arts.
In addition to the military genre, he also worked on packages such as the popular “Miller 4” “Emperer” (the first generation), which made a big hit, as well as working on the “White Package” that drew precise illustrations of tanks and planes on a white background.
The person in charge of the Tokyo Metropolitan Transportation Bureau explains the reason why I asked Mr. Onishi for illustrations of special vehicles.
“I came to Mr. Onishi on the condition that he was actually drawing a lot of plastic model illustrations and technical illustrations, and still an illustrator who is still drawing with hand drawing.” 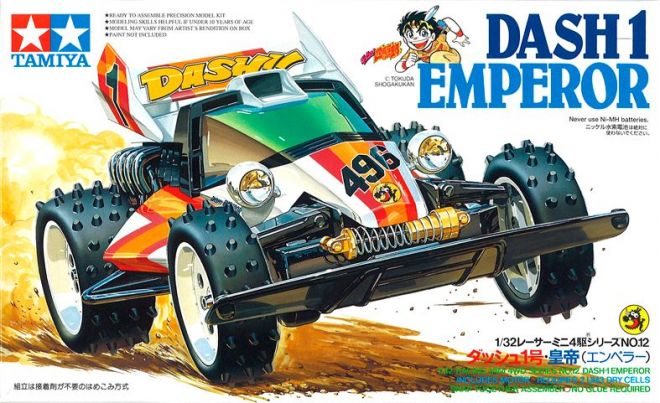 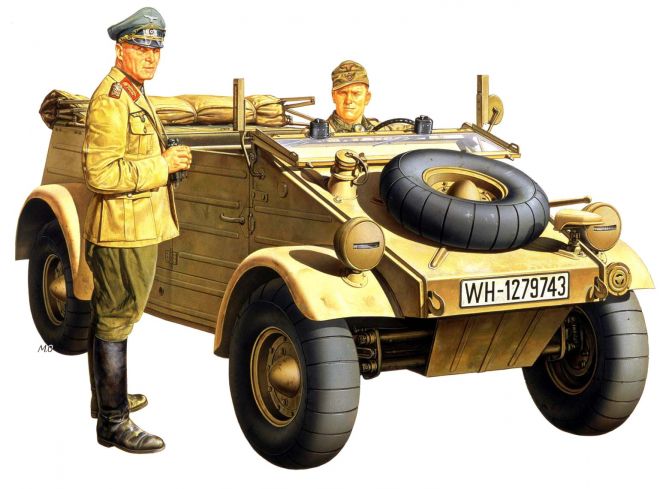 I would like people of all ages to look at “work vehicles” that you do not normally see.  For that purpose, he chose not to take photographs but to select illustrations that can make the object appear more symbolically through elaborate illustrations.
Request illustrations by specifying 3 vehicles selected by the difference in function from the Transportation Bureau side.
Onishi asked Mr. Onishi to show “not just drawing a vehicle, but an illustration like a scene where a vehicle is working”, and was carefully interviewed to see the actual vehicle and interview the site staff. It seems so. 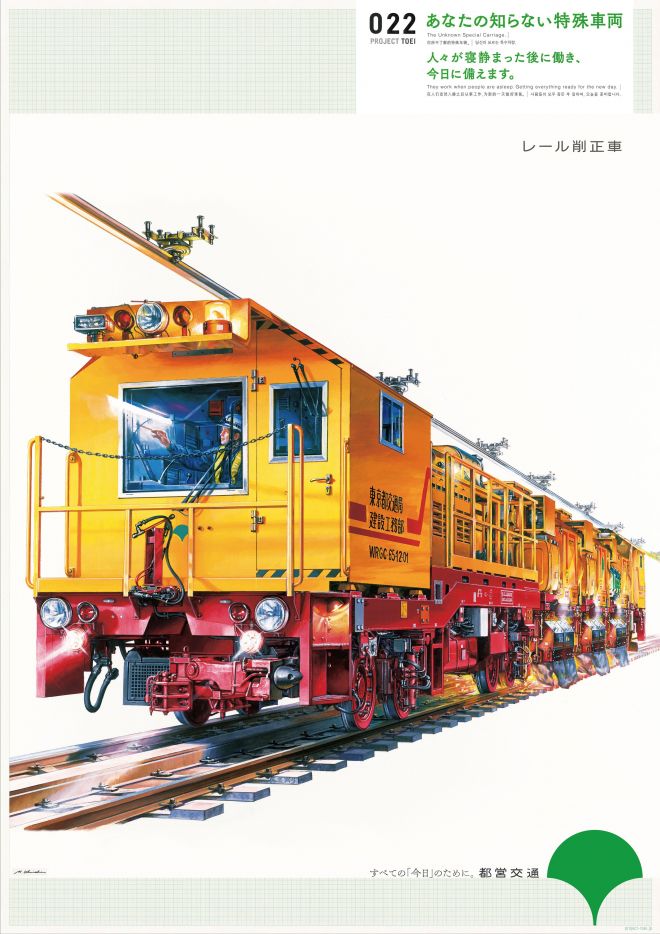 A poster for a rail-removing car that cuts the head of the rail with a high-speed rotating grindstone. Mr. Onishi drew
Source: Tokyo Metropolitan Transportation Bureau provided 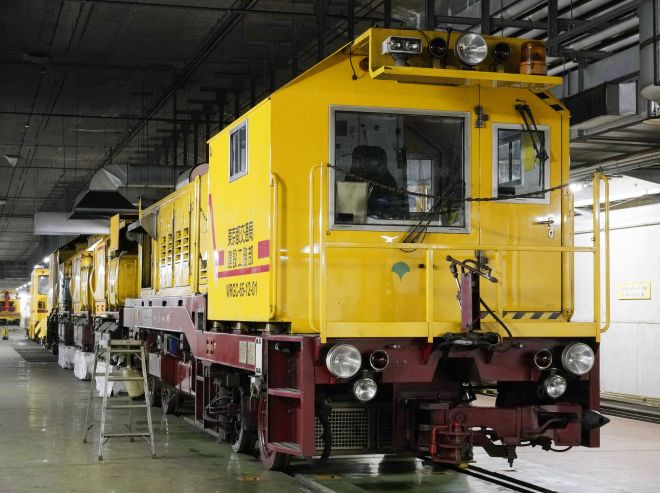 Mr. Onishi looks back on what happened during the interview.
“I actually took a picture by having the pantograph moved, etc. I am drawing and knowing that” I am troubled here “in advance, so it’s about an hour,” Onishi thought It was such a thing.
“Photos do not take much time, CGs are more detailed. What is the meaning requested in the illustrations? What do I need?” 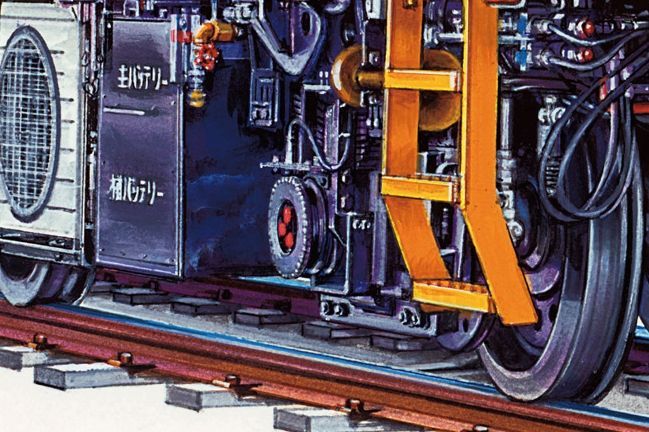 Even though it is real like a photo, it is drawn to the part which is not reflected in the photo
Source: Tokyo Metropolitan Transportation Bureau provided 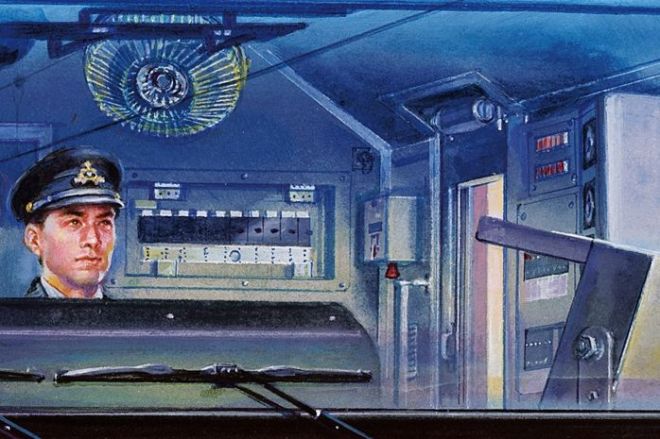 Even though it is real like a photo, it is drawn to the part which is not reflected in the photo
Source: Tokyo Metropolitan Transportation Bureau provided

The answer that Mr. Onishi gave was “Don’t be smart, draw more honestly than usual, and have them see where they can not be seen”.
Even the part which becomes a shadow even if it takes a picture with a photograph or is crushed is elaborately.
The switches on the back of the driver’s seat, the cables around the wheels, and the letters written on the parts were also reproduced.
Even though it is real like a photograph, it draws to the part which is not reflected in a photograph. These three posters were completed in this way.
“I feel that it’s hard to draw by hand, but I felt that people involved in the railway were taking a lot of time running through coverage of the subway. I’m happy. ”

The post 74 year old painter, why draw more elaborately than a camera appeared first on TamiyaBlog.