In what seemed like a predestined outcome, Yokomo‘s Ronald Volker secured the Reedy Touring Car Race of Champions held at the famous Tamiya Raceway in Aliso, California. The German ace put on a dominating display of speed and driving prowess that kept him ahead of the field in spite of a narrow overall victory won by a tie-breaker over runner-up Christopher Krapp (Tamiya). The win gives Volker three titles (2009 and 2014) to his name, and although the event looked close on paper (decided by tallying up lap times), his driving was a step above anyone else. Krapp who was enjoying his best event in only his second try, put on an impressive level of display himself, and had a chance at taking the overall, but didn’t have the flair, panache, excitement or drama that Volker seemed to have. But, events only have to answer to point tallies and in the case of Krapp, it was a deadlock and decided by mere seconds. In third was veteran driver Marc Rheinard (Tamiya), who always seems to be in the mix and a big threat any time he puts his car on the track, in fact he battled with Volker in the last round that included a spectacular crash that sent Volker flying through the air and out of the race at the end of the straight. Japan’s Akio Sobue (Tamiya)held on to fourth overall with Ryan Cavalieri (Team Associated) securing the fifth spot and the highest American finish. 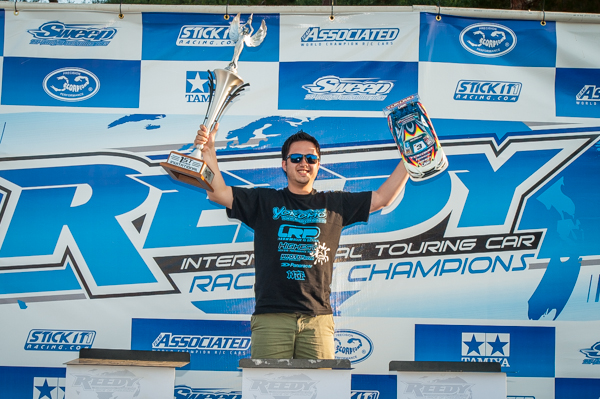 Yokomo‘s Ronald Volker wins the 2016 Reedy Touring Car Race of Champions making it a total of 3 overall wins for the German. 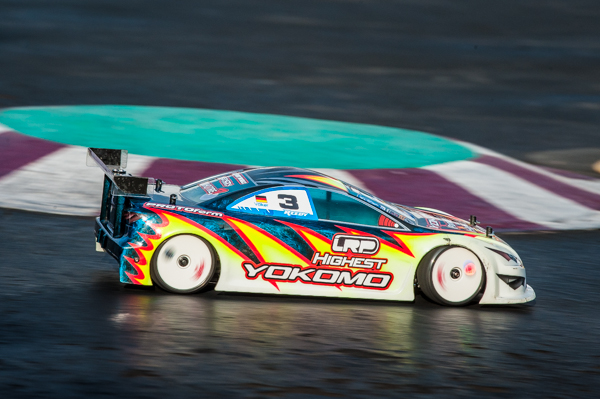 Volker’s lines were crisp and confident throughout the event.

Tamiya‘s Christopher Krapp challenged for the overall win in spite of it being his only second appearance at the Reedy TC Race. He would end up in second overall. 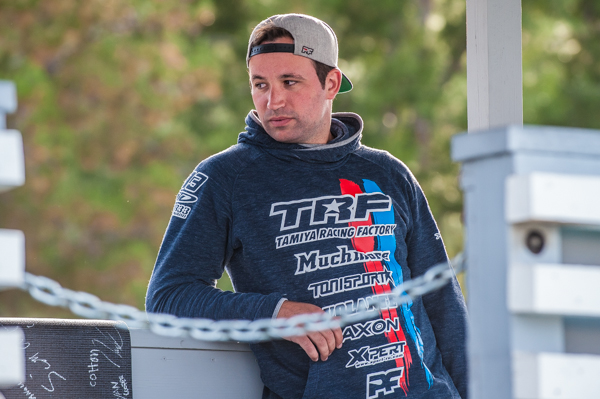 Tamiya‘s Reinard put in a solid performance for third overall.