That’s right! Vaughn Gitten Jr., the 2010 Formula Drift champ, will be appearing at RCX Chicago! You’ll also be able to check out his tricked-out Monster Energy/Falken Tire Ford Racing Mustang and see what makes it perform. He will even do a drift demo/ride along with fans at the Odeum. Buy your tickets online now and get entered for a chance to go on one of 15 thrill rides with Vaughn! Vaughn will also sign autographs, take part in racing alongside RC drifters, and judge the RC drift event. Exciting times are to be had at RCX Chicago! 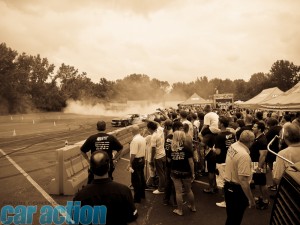