Will You Add a 3D Printer to Your Workshop?

With the release of HobbyKing’s new $450 Fabrikator printer, 3D printing is getting very close to entering the mainstream hobby experience. Do you see yourself 3D printing parts in the near future? 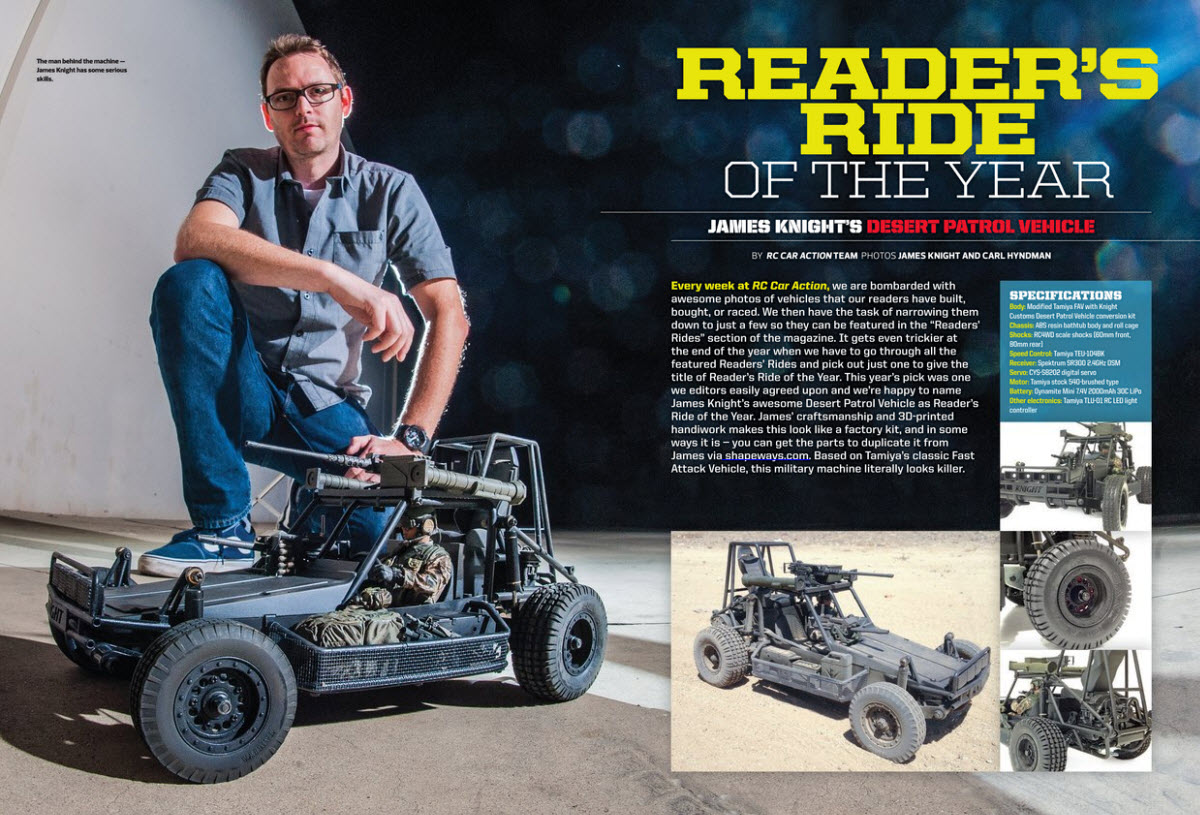 By default, every “Reader’s Ride of the Year” is an extra-special build—if it weren’t, it wouldn’t have made the cut! But this year’s winner from James Knight is special for reasons that go beyond craftsmanship, imagination, and all-around awesomeness. For the first time ever, our Reader’s Ride of the Year has been created using a heaping helping of 3D-printed parts.

3D printing is hot stuff in the consumer technology world, and odds are you’ve heard about it already. If not, here it is in a nutshell: instead of producing parts using machines that cost hundreds of thousands of dollars to squirt molten plastic into steel molds, a 3D printer can create the same object by “printing” it layer by layer like a printer applying ink to a page. The part is created straight from a digital file. In James’ case, he created the files for his printed parts in “Rhinoceros 3D,” or “Rhino” for short (you can try it for free at rhino3D.com). Alternatively, an existing object can be scanned and then duplicated using a 3D printer.

In the RC world (not to mention all of manufacturing regardless of industry), 3D printing has been a boon to design and prototyping, allowing functional parts to be constructed and tested at very low expense. The next big step for 3D printing and RC will depend on how readily hobbyists accept 3D printers as one of the tools in their workshop. The price of consumer 3D printers is dropping as the quality of the parts they are capable of creating is going up, making it possible to actually manufacture your own RC parts at home. If 3D printing becomes widely accepted among hobbyists, it could substantially change the way we experience the hobby. Specialized low-volume parts that might not be worth an investment in tooling for mass production could be offered for download instead, to be printed at home. Or, to take that concept “all the way,” entire car kits could be offered as digital files. As the range of materials that can be 3D printed grows, the list of parts that cannot be 3D printed becomes smaller—even metal and rubber parts can be printed today.

In this vision of the future, we could even see a “Jurassic Park” scenario for RC. An “extinct” RC model could be scanned and 3D printed to bring it back from RC oblivion. On the flip side, all the intellectual property issues we associate with digital media could also ascribed to physical objects offered for 3D printing. Instead of just movies and music, digital piracy could include illegal downloads of physical products, and that could include RC gear. Sound far-fetched? Let’s talk about it again in five years… 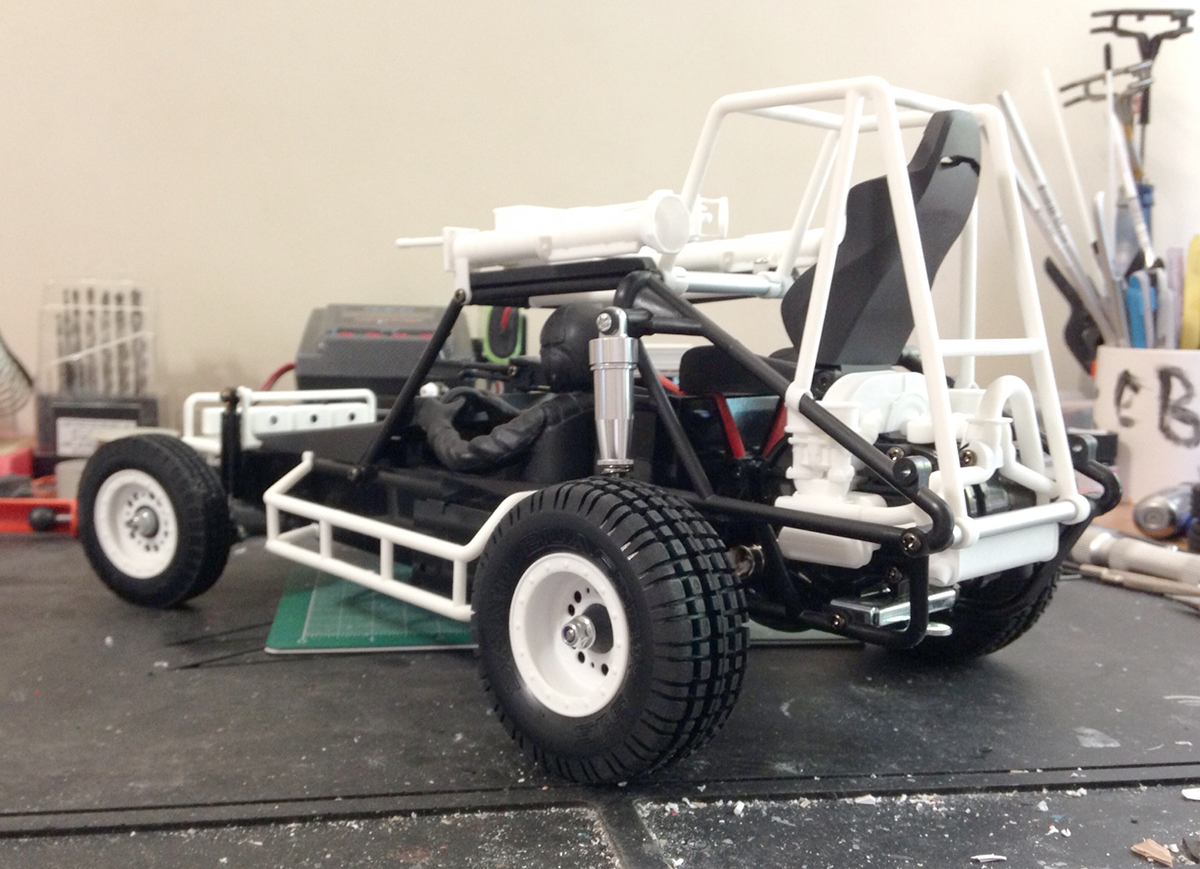 3D printed parts before painting on James’ “Reader’s Ride of the Year” build. 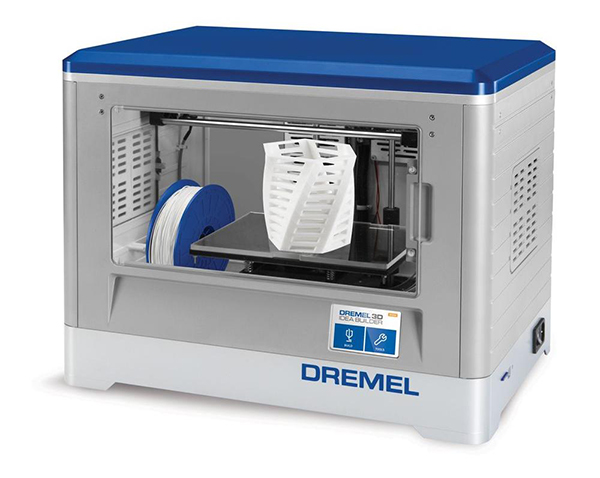 You can get Dremel’s Idea Builder at Home Depot for $999,  and HobbyKing just announced their own $450 3D printer. 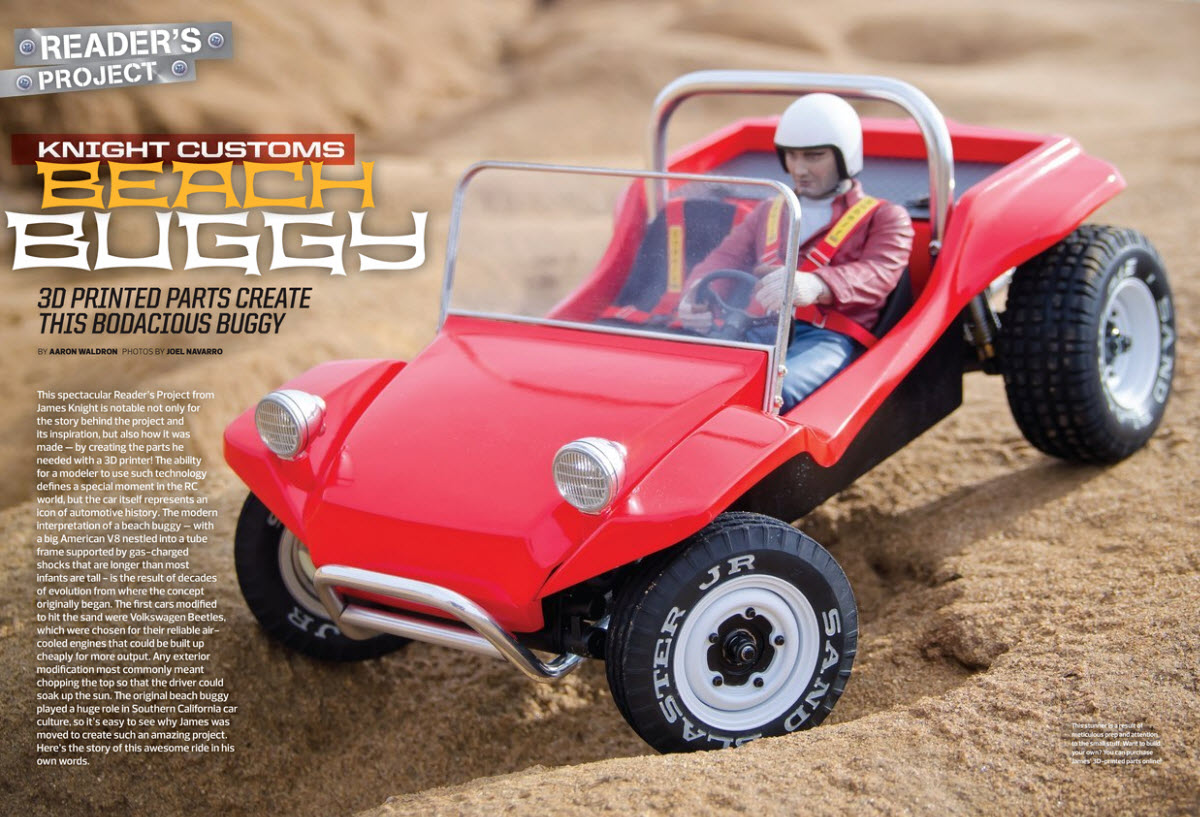 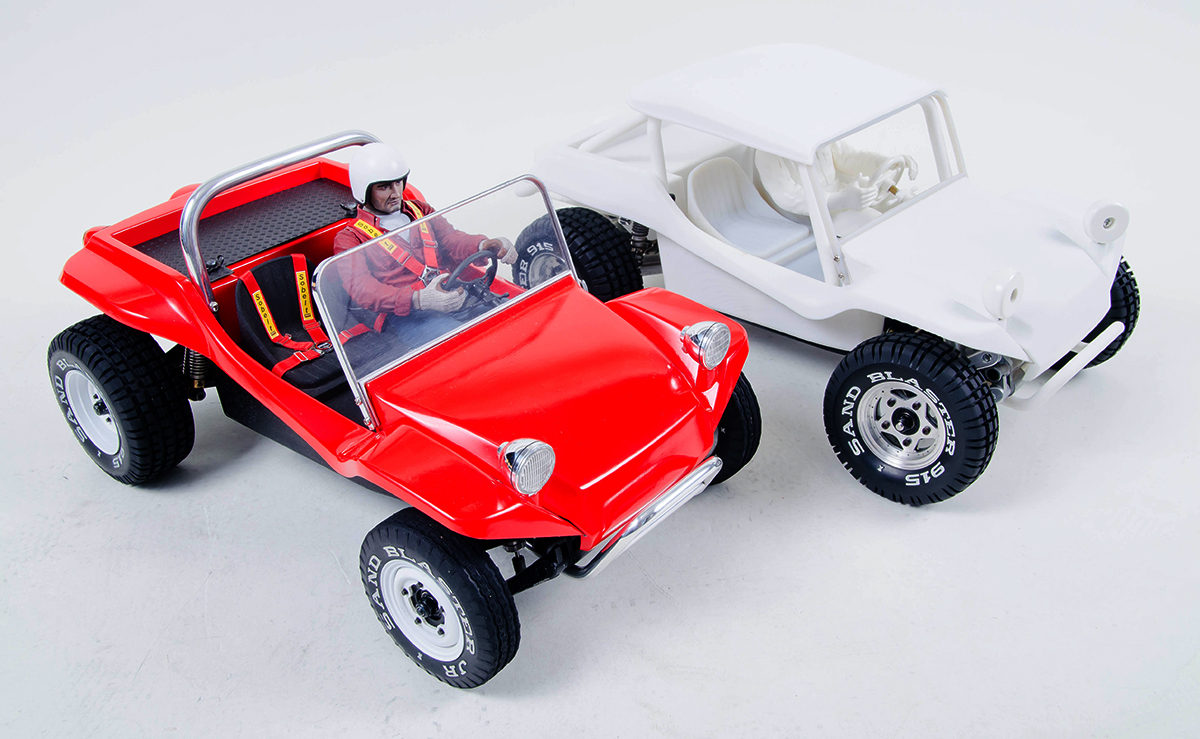 Unfinished printed parts and the final result. Injection molding is no longer the only way.

The post Will You Add a 3D Printer to Your Workshop? appeared first on RC Car Action.