What an awesome time at the Vintage Off-road Nationals this year! Seeing the old cars battling on the track was classic (pun intended) but the people trading stories and parts truly made for great weekend. 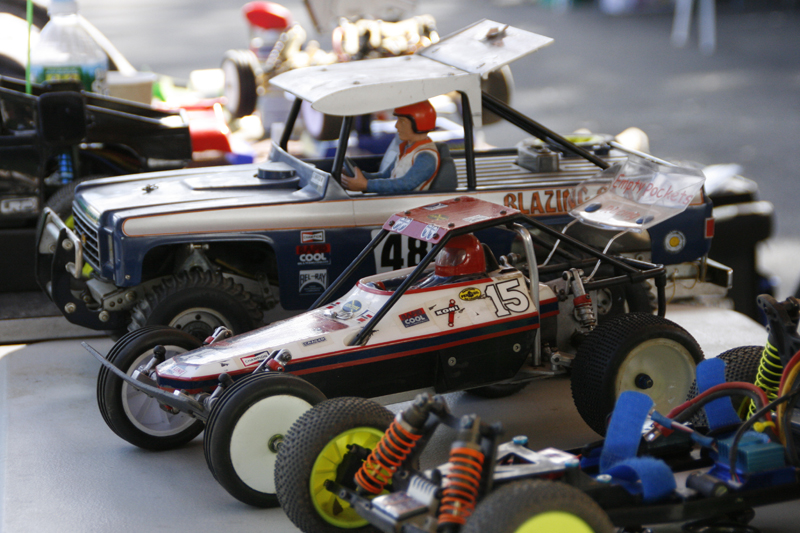 There were tons of cars on display on racers pit tables. The Cox Scorpion pictured here actually won the Classic class 2 years ago. 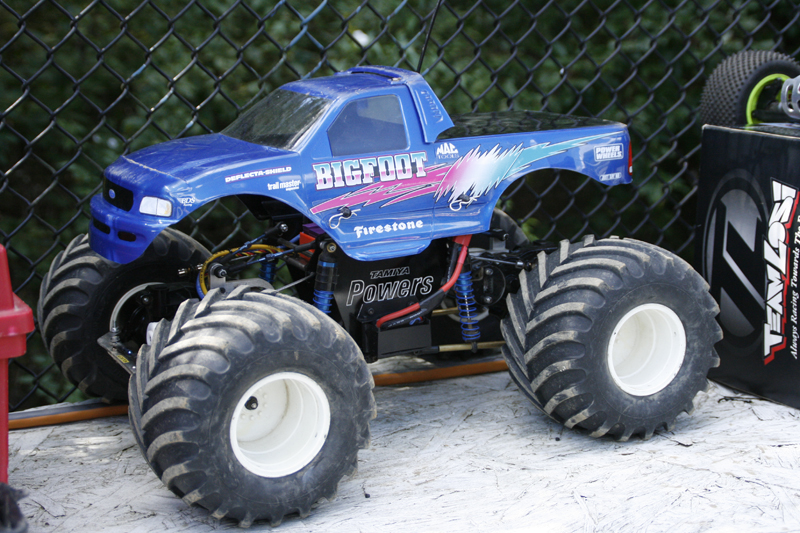 Scott Sjobakken’s Bigfoot Clod was the hit of the Heavy Metal class. This truck could crush anything in its path and flying over the doubles on the track. 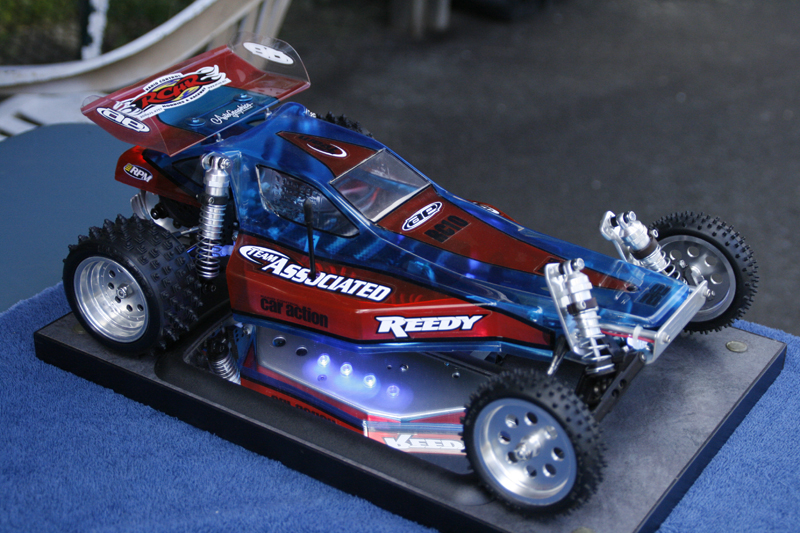 This fully polished RC10 was complete with lights, aluminum wheels and even a mirrored car stand. Joe Berlenbach really does believe that presentation if everything! 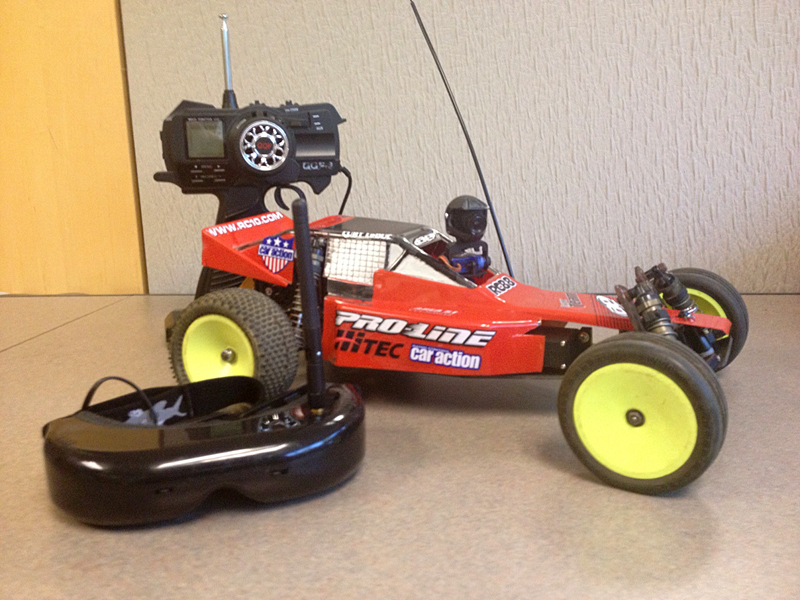 This car was used for the Steve Semeraro Memorial class. Racers ran their best lap time around the track using the camera and goggles to navigate the course.

There were 3 rounds of qualifying on Saturday and then a final round on Sunday morning followed by concours and door prizes. There was also something brand new to the race, the Steve Semeraro Memorial class where drivers were challenged to drive a RC10 fitted with a Fat Shark camera system using only the goggles and a navigator to get around the track. The racer with the fastest time won a shiny new Team Associated B4.1 Worlds car and all the proceeds from the class went to the American Diabetes Foundation in Steve’s name and the race was able to raise $250 for a great cause. 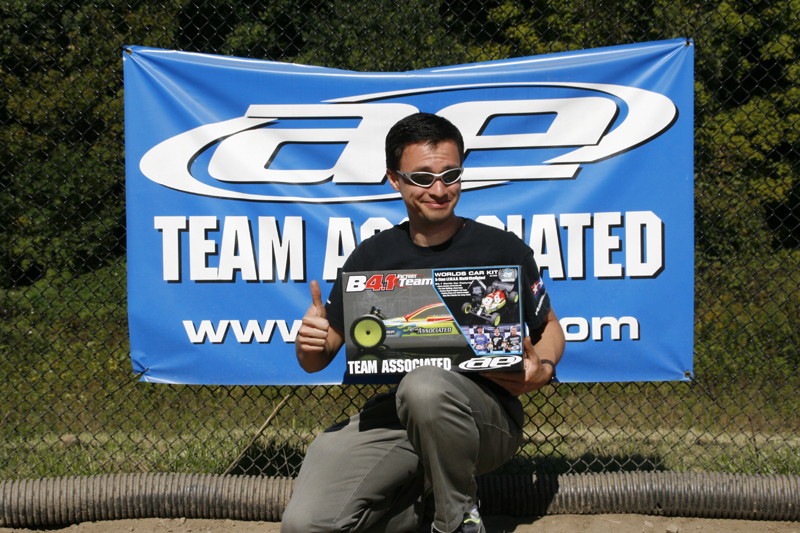 Renaldo Vega is the proud new owner of a Team Associated B4.1 Worlds car after winning the Steve Semeraro Memorial class. 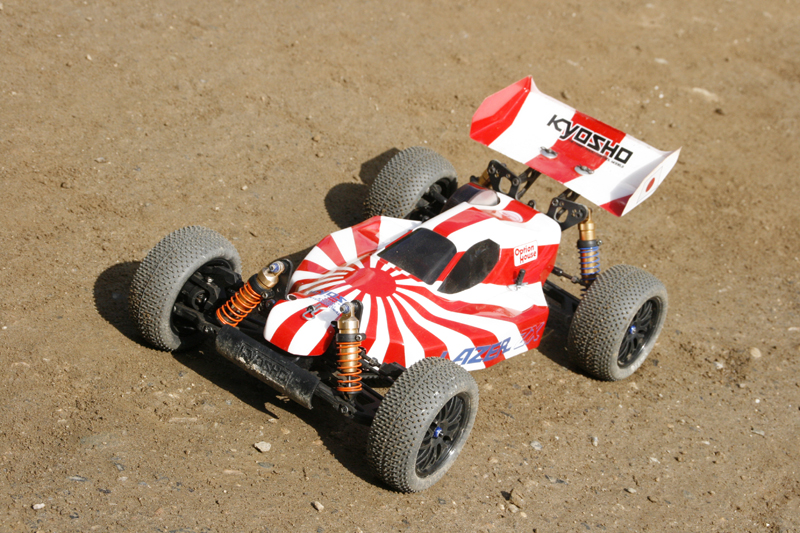 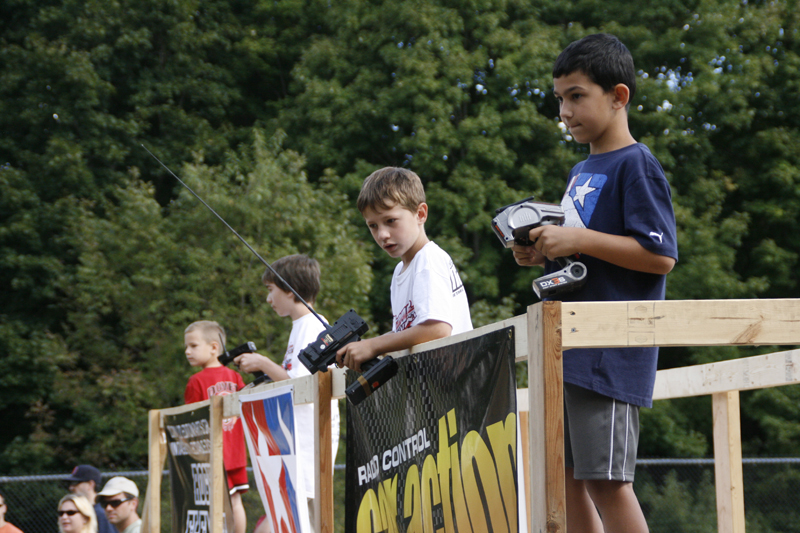 Novice is always exciting to watch as kids 14 and under race head to head, no dads allowed! 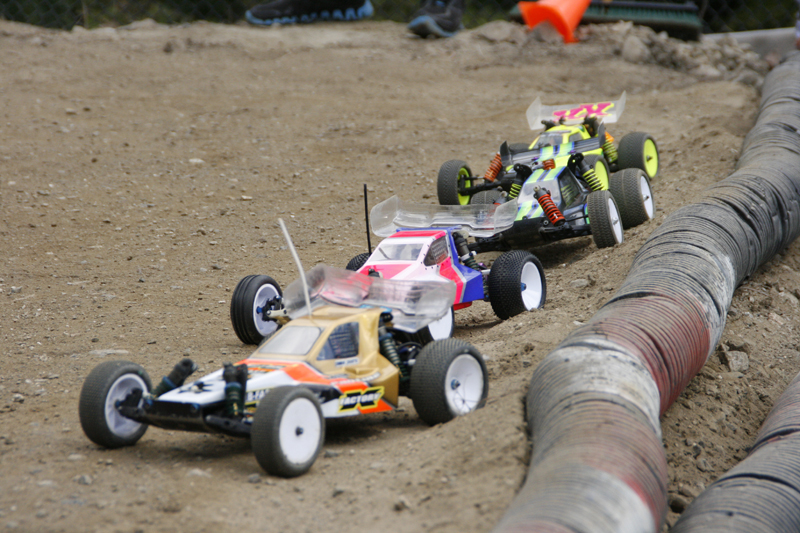 2wd is always the most competitive class and this year was no different. 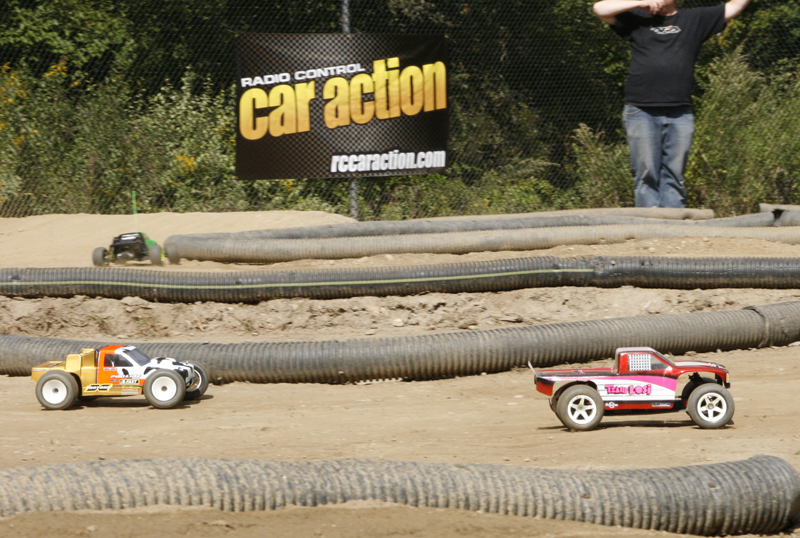 Just like in the old days, the battle between Losi and Associated still rages on in Stadium Truck. 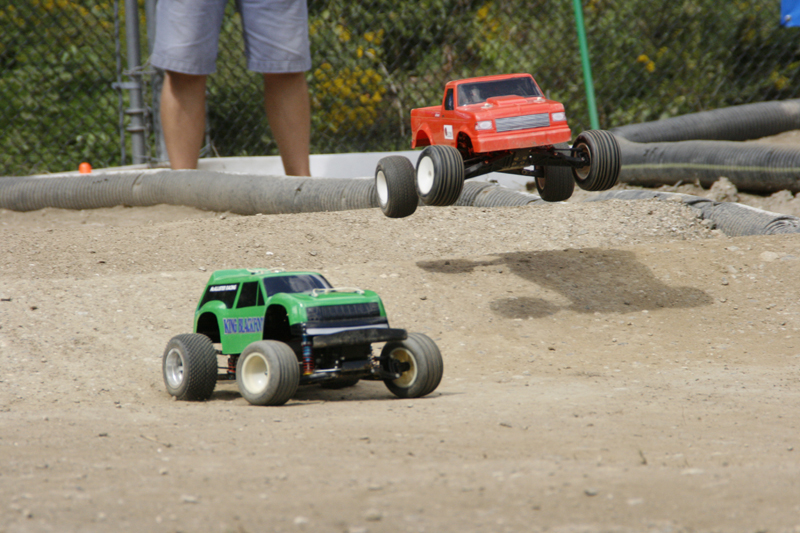 Always a crowd pleaser; Heavy Metal runs two classes, one for big tired monsters like the Clod Buster and one for smaller tire trucks like the Blackfoot. 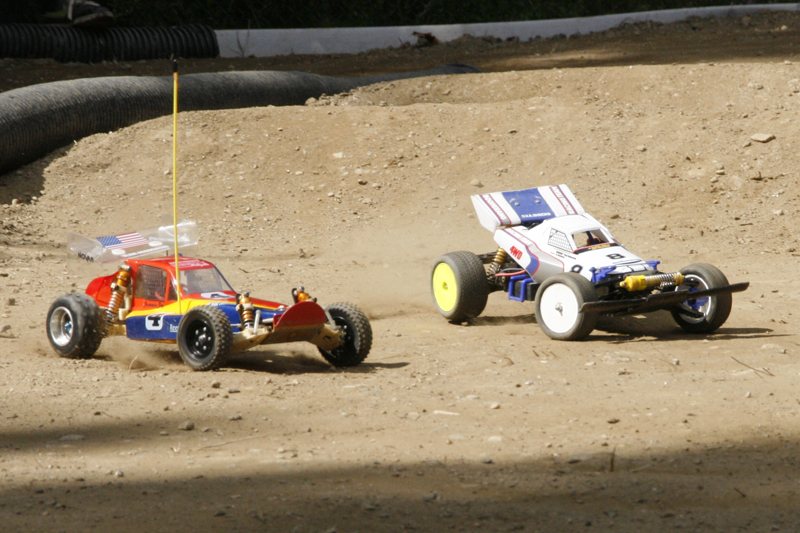 Classic places Tamiya style buggies up against bone stock RC10’s and JRX2’s. Believe it or not this class saw some of the tightest racing all weekend. 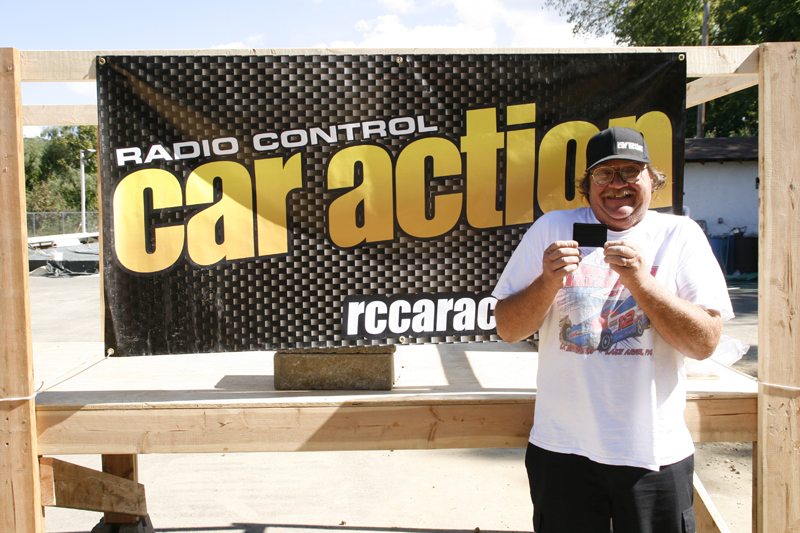 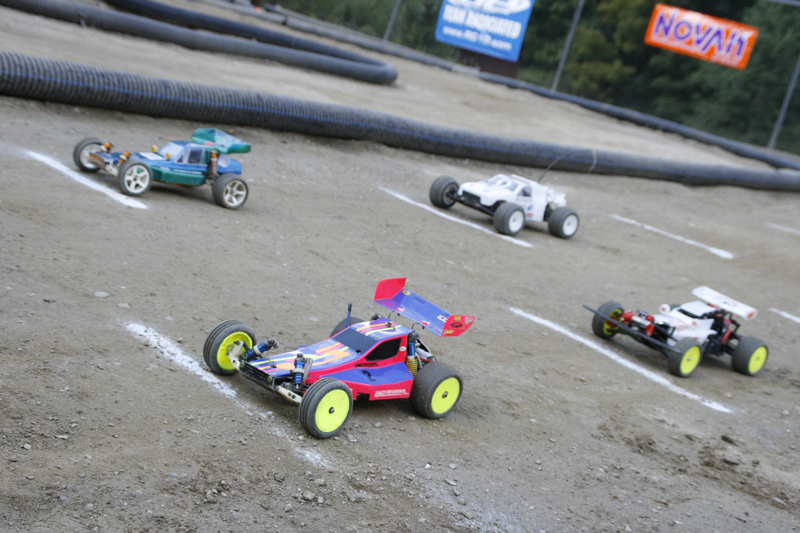 The Novice class taking the grid for the main. 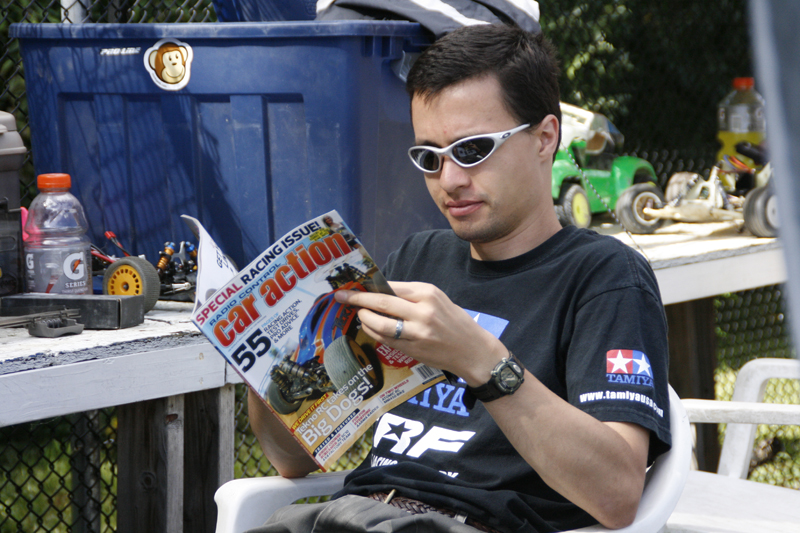 Flattery will get you EVERYWHERE.

If you’ve never been to a vintage race, it’s not just about the racing on the track. It’s about sharing memories, checking out some cool cars you always wanted and reliving a time in RC when things were a little more simple but still a ton of fun. There’s always a ton of prizes to give away and everyone leaves with arms full of swag and a smile on their face. It’s a celebration of our hobby, both where it came from and where it’s going.