Traxxas Vehicle Used By Soldier In Afghanistan To Save Lives

A US soldier fighting in the Afghanistan War received a Traxxas Stampede from his brother in Rochester, MN to help him locate IEDs (Improvised Explosive Devices). Recently it was destroyed when it triggered a bomb wired to an estimated 500lbs of high explosives and in the process 6 soldiers’ lives were saved. Use this link below for the entire news report: 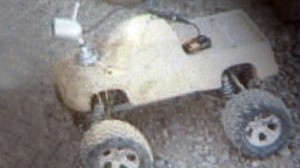 The post Traxxas Vehicle Used By Soldier In Afghanistan To Save Lives appeared first on RC Car Action.