Traxxas president Mike Jenkins and fellow TORC short-course racing pro’s Chad Hord and Scott Douglas have traveled overseas to bring The Fastest Name In Radio Control to our service men and women as they salute and thank our US Armed Forces for their dedication and service to our country. Coordinated by Rob Powers with Armed Forces Entertainment and backed by TORC sponsors Traxxas and AMSOIL, the Pro Off-Road Champions Tour gives troops the opportunity to meet with the drivers of the Traxxas Off-Road Championship as they enjoy head-to-head R/C racing action with Traxxas Slash 4X4s in the “Troop vs. Pro Challenge.”

“Whenever we can add a fun ‘downtime’ activity to one of our tours it leads to a more successful mission” said Rob Powers, founder of American300 Warrior Tours, the nonprofit organization that has worked to bring USAC’s TORC pro’s and sponsors to Armed Forces Entertainment. “Our mission is to increase the resiliency of our Troops, their families and the communities that they live and operate in, by assisting the Department of Defense’s Armed Forces Entertainment department with unique and exciting programming. [It’s] all about bringing America’s best to the Troops and having a great time.”

As the fun continues at undisclosed Middle Eastern locations, the Pro Off-Road Champions tour is keeping up with fans back home by posting photos and videos. You can also follow the tour on Facebook at Facebook.com/TheWarriorTours. 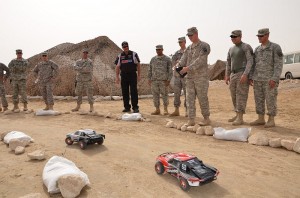 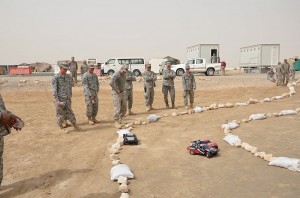 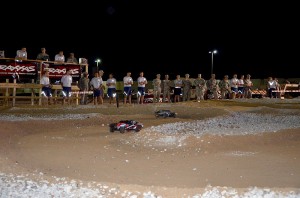 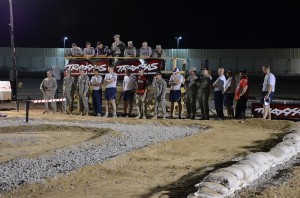 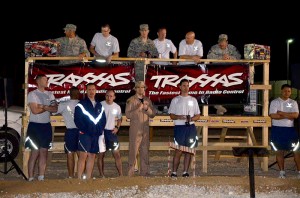 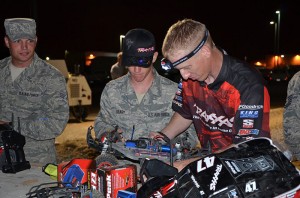