Pro Circuit/Kawasaki/Traxxas rider Broc Tickle earned his first win of the season during a wet race at Oakland Alameda County Coliseum in Oakland, CA during the fourth round of Monster Energy Supercross, an FIM World Championship. Finishing just behind Tickle in second was teammate Josh Hansen who found his way back to the podium after a one-week hiatus. Tyla Rattray put together an impressive ride in the tough conditions to finish fifth despite an injured wrist.

Tickle has had excellent starts this season and won the first Lites heat as the sole Pro Circuit/Kawasaki/Traxxas rider in the group. Heat 2 put Josh Hansen and Tyla Rattray together, with Josh charging his number 100 machine to the lead and heat win. In the Main, Tickle got the edge on Hansen as the riders slotted into third and fourth by the first turn, then quickly moved into first and second. Tickle was impressively fast in Oakland and opened a 2.7 second gap on Hansen on the way to the checkers. Bouncing back from a fifth-place finish last week, Hansen made his return to the podium with a solid-second place finish. With three out of four finishes on the podium, he still holds the championship points lead over teammate Tickle by one point. “This week I got beat and didn’t have anything for Broc,” said Hansen. “I am trying to think about the season as a whole and not do anything stupid that would cost me points. I’m really looking forward to going back to Anaheim next week and be back close to home.”

Rattray was nearly back to 100 percent on Saturday as he continues to get back up to speed from a wrist injury sustained in Phoenix. He finished with a solid fifth-place result in his first wet supercross race. “I’m feeling better every day and I was able to keep it up on two wheels this week,” said Rattray. “I want to be on the podium, but my main focus has been getting back to 100 percent. I had a podium finish last time we were in Anaheim and hopefully I can do it again when we go back next week.”

The points battle continues to heat up in the AMA Supercross Lites Western Region series with Monster Energy/Pro Circuit/Kawasaki teammates Hansen and Tickle separated by only one point going into Anaheim 2. There is plenty of time left for the two to battle it out as the western region still has five main events left, including a two month break between February and April. “The break isn’t always easy because you build momentum and then you have two months to think about racing again,” said Tickle. “I have been in the class for a few years and so has Josh. We are both veterans and I know we both want to win. I think it’s going to come down to the end because we both want to win our first Lites championship.”

Based in Plano Texas, Traxxas has been building the world’s fastest Ready-To-Race® radio controlled vehicles for over 23 years. Traxxas models are sold exclusively in Hobby Stores, 4-Wheel Parts, and Pep Boys. 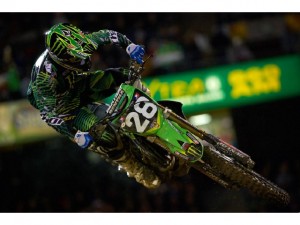 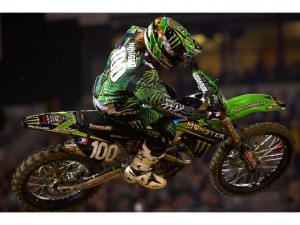 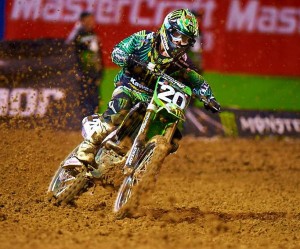 The post Traxxas Sponsored Riders Broc Tickle And Josh Hansen Return To The Podium With A 1-2 Finish appeared first on RC Car Action.