On Friday, Eric was the top qualifier in the GTS class, earning him the pole position for Saturday’s season-opening race in St. Petersburg. Battling cooling issues early on, Foss benefitted from a lengthy full course yellow that helped minimize overheating. At the restart, he managed to hold onto third place until the final lap. Rather than risk hurting the race car, he settled fourth place and the team went to work preparing the car for Sunday’s race.

Eric started Sunday’s race, the second of the weekend double-header, with a real opportunity to compete. At lap 16 he took over the lead and continued to stretch his advantage to almost 5 seconds. Lap traffic allowed the lead to go nearly unchallenged in the final few laps as Eric drove hard and held steady and took the Ford Mustang to a WIN in Sunday’s race!

After the race, Eric was quick to acknowledge the team effort that helped put him on the podium. “Capaldi Racing, Traxxas, Amsoil and SPX made for a winning team in it’s very first outing. We’re looking forward to more success, and making a real difference for St. Jude Children’s Hospital, as the season continues.”

The next stop in the World Challenge Series is the Grand Prix of Long Beach. Come see us at the race, and thank you for supporting St. Jude Children’s Research Hospital.

Since the hospital was founded in 1962 by Danny Thomas, St. Jude’s has made amazing advances in the treatment of pediatric diseases. In 1962, the survival rate for childhood leukemia was less than 5%; today, advances made by St. Jude Children’s Hospital have ensured a survival rate of 94%. Other strides include Non-Hodgkin Lymphoma (7% survival in 1962; 85% today) and brain tumors (10% in 1962; 85% today). At St. Jude’s, no child is turned because of a family’s inability to pay, so the support that comes from donations is essential. To pledge your donation, visit Traxxas.com/childrenfirst. 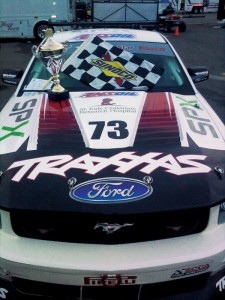 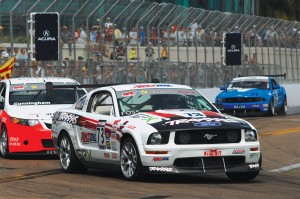 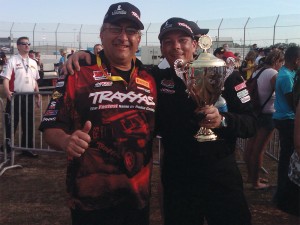