When it comes to sheer RPM and torque, electric power is king. But when it comes to sounding powerful, electric power barely rattles the eardrums–“whiiirrrr” is all you get. However, that quiet does make it possible to add any sound you like over the hum of the electric motor, which is what Traxxas has done with its On Board Audio system.

The dual-speaker system is making its debut with the brushed-power Slash, and it’s an impressive setup. Not just impressive as in loud, but also in sound quality and faithfulness to the “real thing.” Mike Jenkins’ full-size Pro 4X4 race truck was mic’d up and hot lapped to capture the sound of its 900+ horsepower V8 from startup and idle, free-revving and powering the truck under load, and blipping through shifts. The engine sound is proportional to throttle, not just in terms of throttle position but also how long you hold the trigger–stay on the gas, and you’ll hear the truck “shift gears.”

The On-Board Audio equipped Slash includes can even perform “neutral drops” thanks to its 3-channel radio. Flip the red rocker switch up to put the truck in “neutral” and rev the “engine” without moving the truck. Flip the switch, and the Slash launches like you dumped the clutch, and the engine note changes to an “under load” growl. The effect is uncanny when experienced in person.

Sound volume is adjustable, and the On-Board Audio gear is waterproof, so you can still do all the wet-running stuff you’re used to. Only now, you can do it loud.

The Slash with On Board Audio and fast charger (see below) will reach stores in time for the holidays and is slated to sell for $299.99. 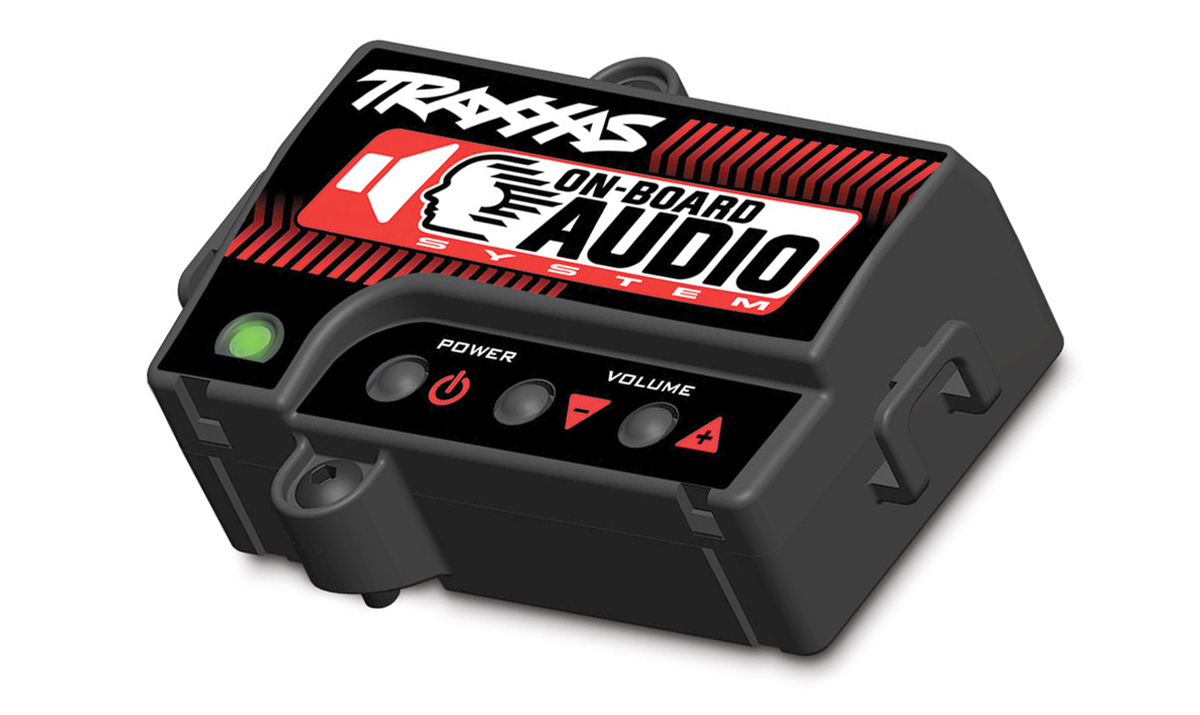 The On Board Audio system controller mounts to the chassis, but that’s not where the sound comes from–it’s wired into a pair of speakers that are mounted inside the body. A connector allows you to remove the body easily with the speakers attached. 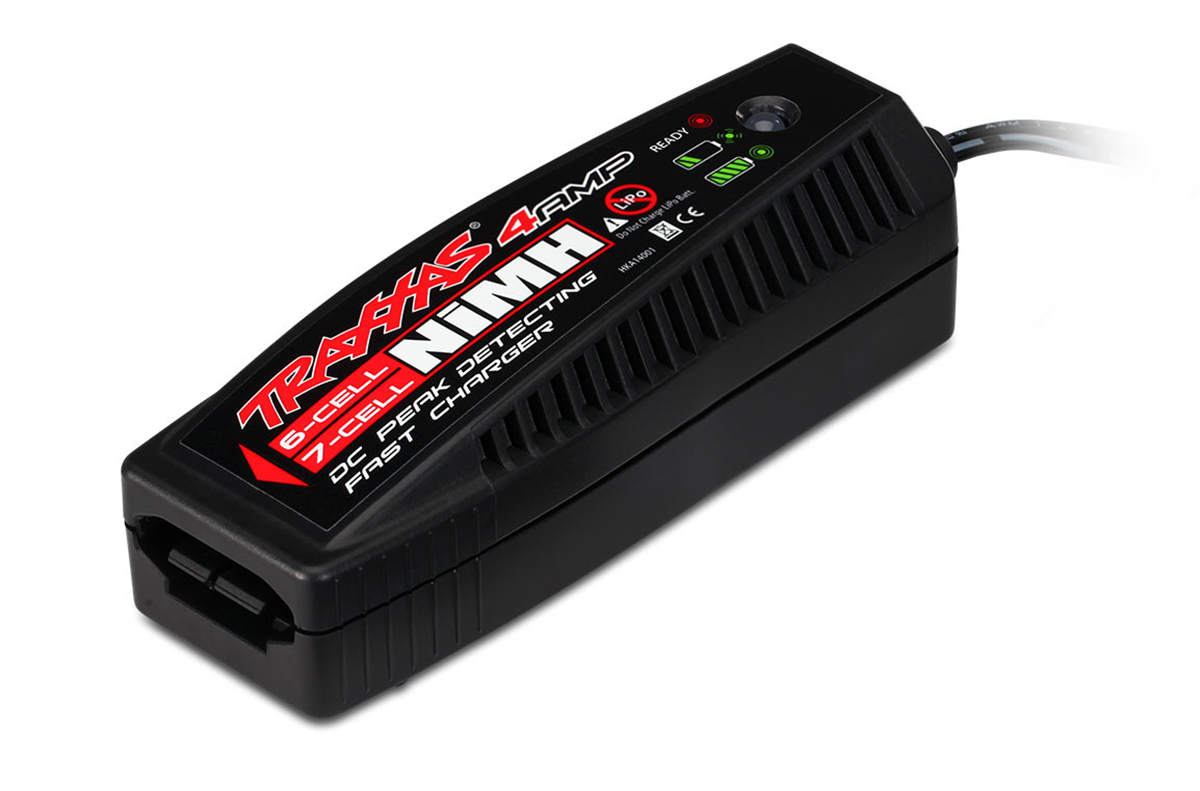 The Slash with On Board Audio will also include a 4-amp DC fast charger, so there’s no rush to replace a slow-charging “wall wart.” Expect this charger to appear with other Traxxas models down the road.

The post Traxxas Brings Real Engine Sound to Electric RC with “On Board Audio” appeared first on RC Car Action.