Traxxas has been an RC Car Action supporter since 1986, back when issue number one was hitting newsstands and RC’s biggest brand was just a scrappy new outfit out of Texas making their mark with The Cat, a 2WD buggy that arrived ready-to-run and made it easy for anyone to experience hobby-quality RC.

Thirty years later, Traxxas is still going strong, to say the least. With a lineup that includes the X-Maxx, the iconic Slash series, RC’s only 100+mph RTR, water-boiling boats and even a high-performance drone, The Fastest Name in Radio Control shows no signs of slowing down, and neither does RC Car Action. We’re proud Traxxas has been along for the ride all the way!

The Cat, circa 1987. Traxxas has come a long way since then! Photo: The First 10 Years of Traxxas 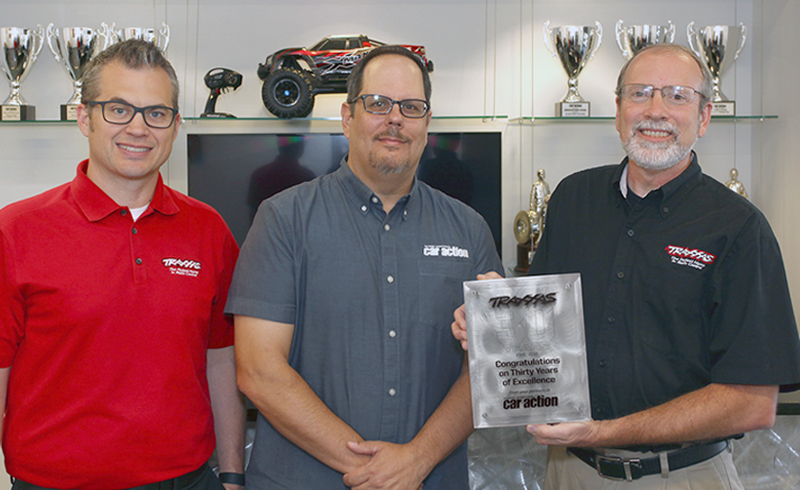 After 30 years, you get a plaque! From left: Damron Atkins (Traxxas), Peter Vieira (RC Car Action), and Kent Poteet (Traxxas).