Mike Wilder finishes 2nd in the Modified class at the 1st Round of the Short Course Showdown Nation Wide Series. Presented by Scotty Ernst the first round of the series took place at RC Excitement in Fitchburg, MA. Mike’s SX10 SC started the weekend a little rough, but a great run in the final heads up qualifying round put Mike 4th on the grid for the final. Off the start, Mike followed Team Losi’s Mike Truhe and r/c legend Brian Kinwald. Early into the run, Truhe had mechanical problems, leaving Wilder to chase Kinwald. While the battle was close at times, the legend held the lead throughout with Mike coming in a very strong second. 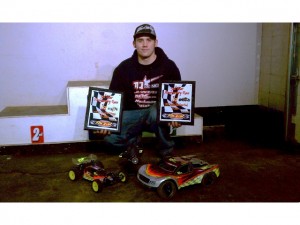 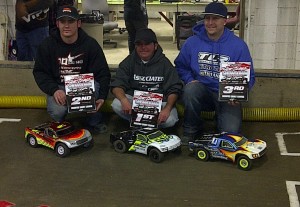 The post TQ Racing Podiums At The 1st Round Of The Short Course Showdown Nation Wide Series appeared first on RC Car Action.