The Return Of The King [April Sneak Peek] 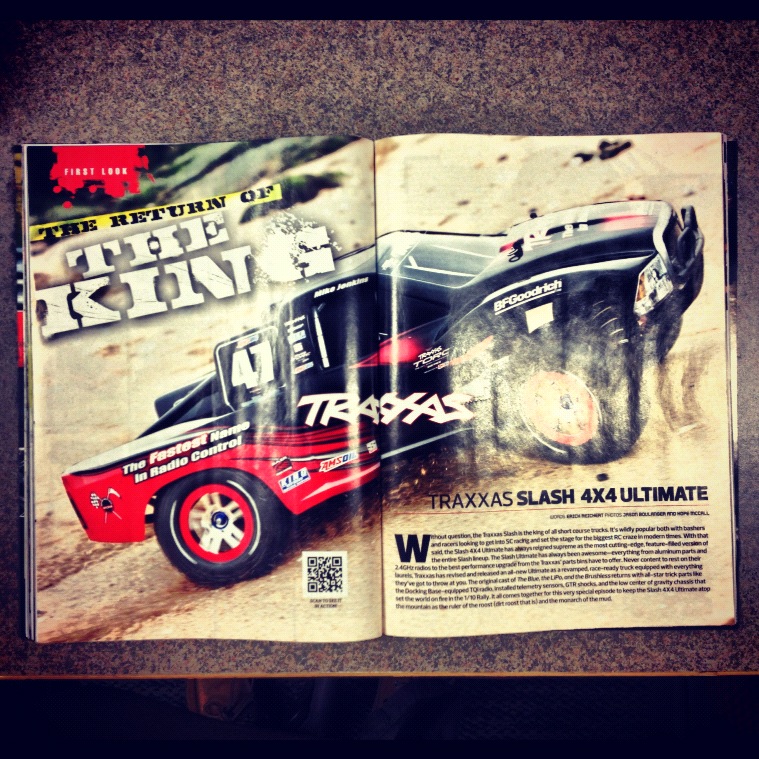 Without question, the Traxxas Slash is the king of all short course trucks.  It’s wildly popular both with bashers and racers looking to get into SC racing and set the stage for the biggest RC craze in modern times.  With that said, the Slash 4×4 Ultimate has always reigned supreme as the most cutting-edge, feature-filled version of the entire Slash lineup.  The Slash Ultimate has always been awesome-everything from alminum parts and 2.4GHz radios to the best performance upgrade from the Traxxas’ parts bins have to offer.  Never content to rest on their laurels, Traxxas has revised and released an all-new Ultimate as a revamped, race-readyy truck equipped with everything they’ve got to throw at you.  The original cast of The Blue, the LiPo, and the Brushless returns with all-start trick parts like the Docking Base-equipped TQi radio, installed telemetry sensors, GTR shock, and the low center of gravity chassis that set the world on fire in the 1/10 Rally.  It all comes together for this very special episode to keep the Slash 4×4 Ultimate atop the mountain as the ruler of the roost (dirt roost that is) an the monarch of the mud. Login below to view FULL ARTICLE

The post The Return Of The King [April Sneak Peek] appeared first on RC Car Action.