The RC Car Action Reader’s also picked the RC10B4.1 to win for “Electric Buggy” and the TC6 for “Electric On-Road”. The LRP Pulsar Touch received the win for the “Charger” category.

All of us at Team Associated would like to thank RC Car Action for making this possible, and a very special thank you to the readers – you are the reason we are here! 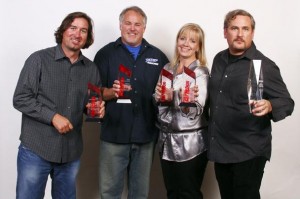