Team Associated on Top in 4 at JBRL Round 5

Its not very often that I “pump my own tires,”but it is my blog so I figure every now and then would be ok. Besides, my teammates did very well and this about them mostly:

Pegasus Hobbies hosted round 5 of the electric JBRL series last weekend. With a bit of a lighter turnout compared to the previous series races, Team Associated made their presence known with quite a few podium finishes and the to the top in 4 classes. Chris VanAir drove his Factory Team B44.1 in Expert Stock 4wd to a win and stretched his points lead by even more. Electric 8th scale was won by Brent Fiege with his Factory Team RC8be on Proline tires, whom also stretched his points lead to keep the number one plates for round 6. Jonny Wachter’s Reedy powered/Proline, Factory Team SC10 took the win in Pro-2 and he extended his points lead in the series as well. Expert Stock truck had a handful of Associated trucks but it was Lyle Spangler driving his Factory Team T4.1 to the win in the main. Congratulations to all of the Team Associated drivers and we look forward to seeing those number 1 plates shine at round 6 of the series next month.

(From left to right) 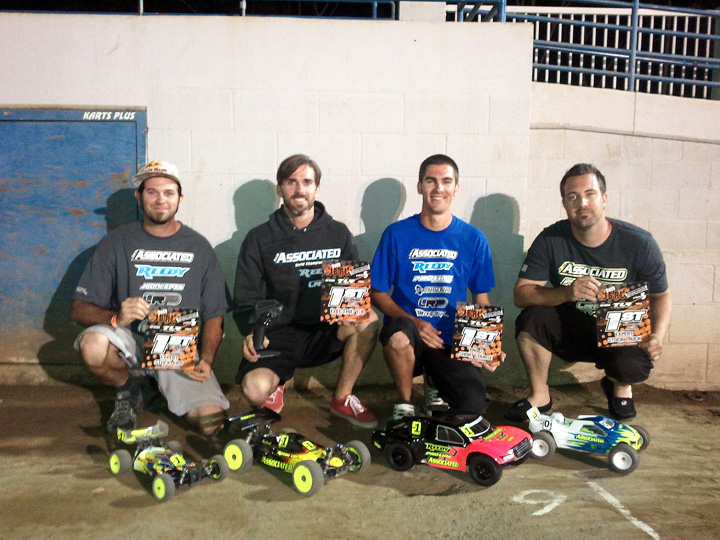 The post Team Associated on Top in 4 at JBRL Round 5 appeared first on RC Car Action.