You’ve already seen this if you’re a subscriber–why not pull the trigger on a sub right now? Get yours here! Tamiya’s DT-03 is the rugged platform beneath the Aqroshot and Neo Fighter truck and buggy looks. Build your own with the kit versions of both, or go RTR with the Neo Fighter in “XB” trim. We drove both in our August issue! 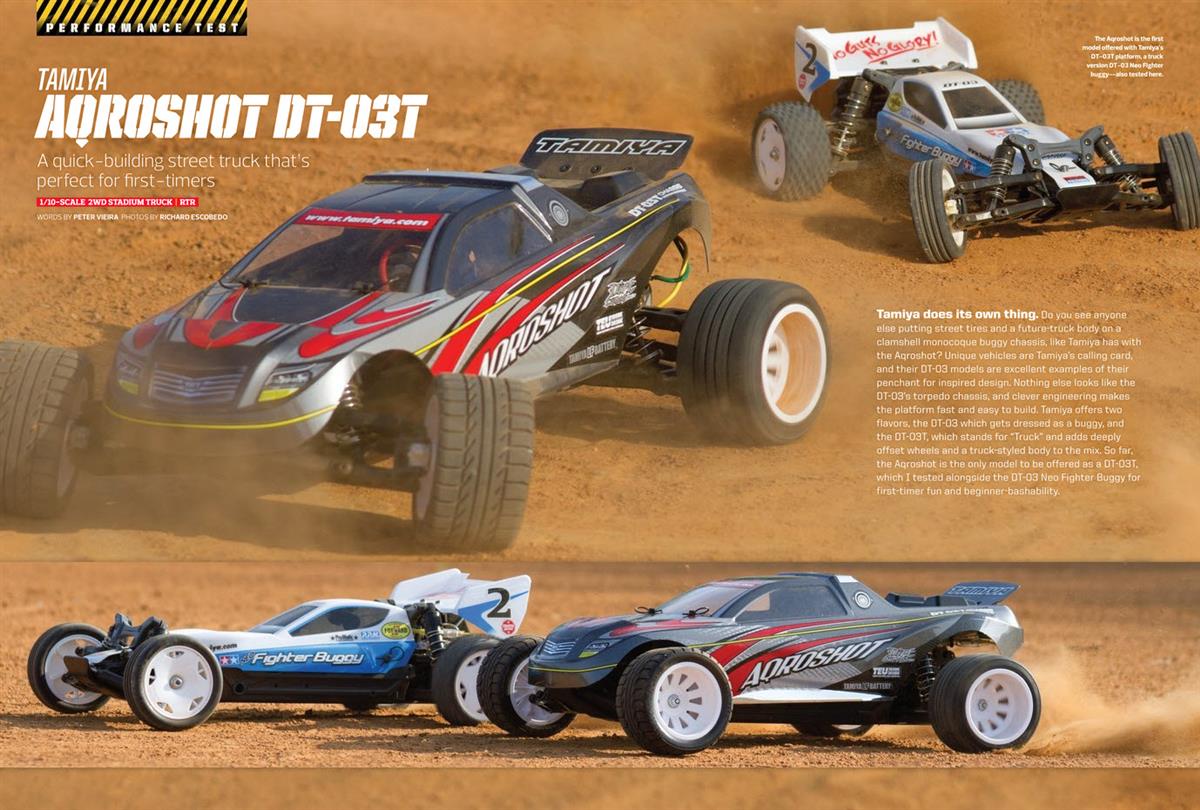 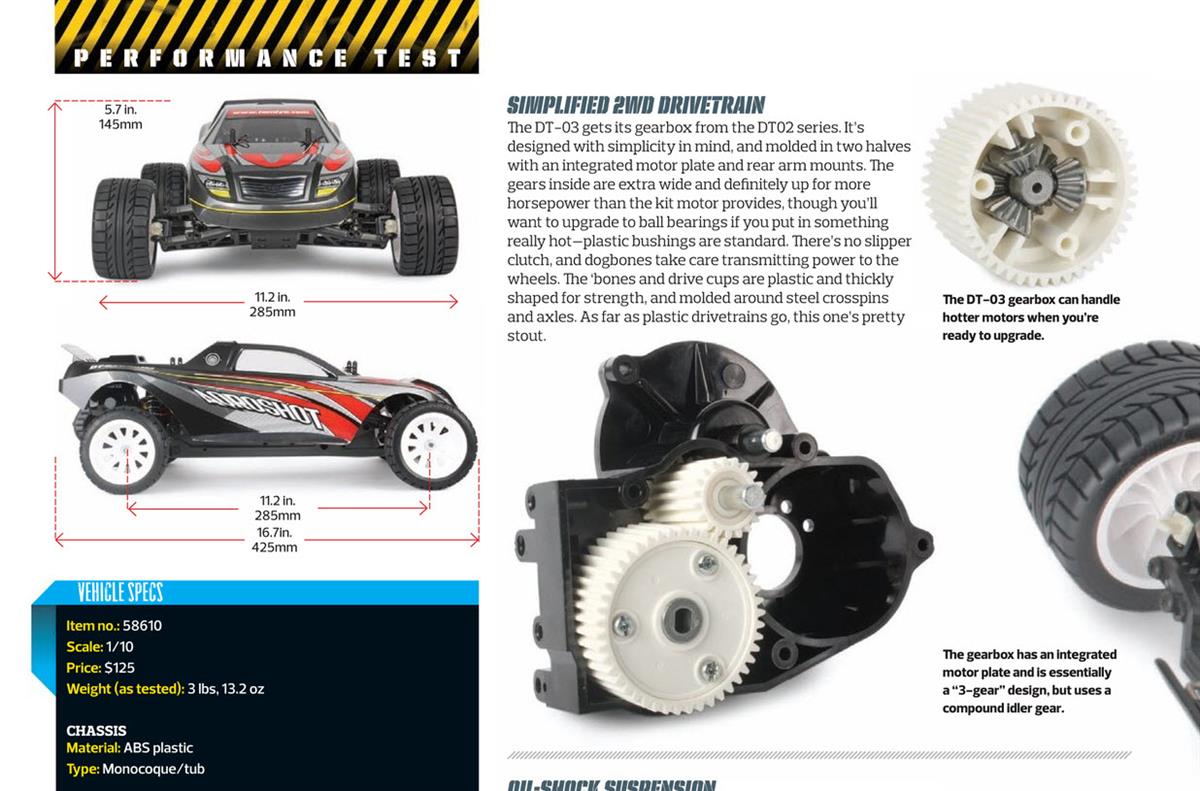 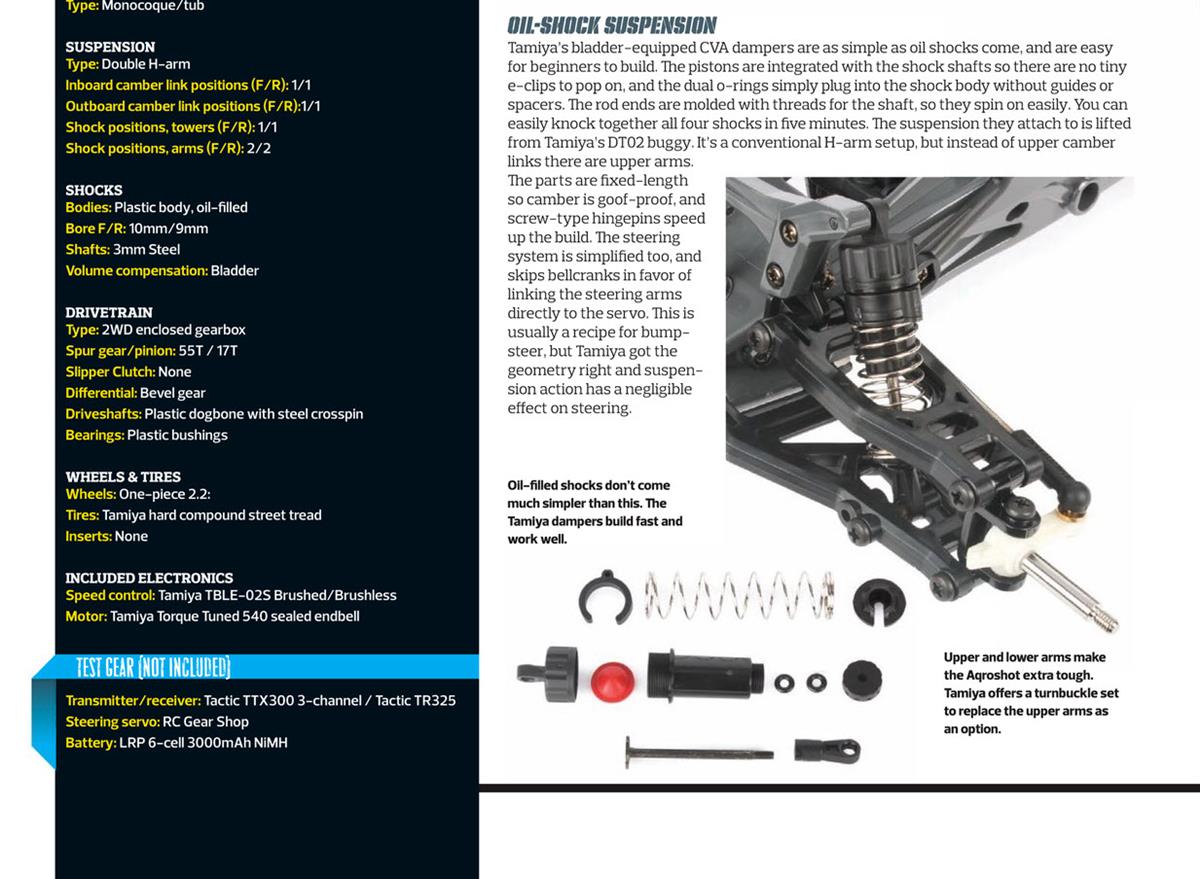 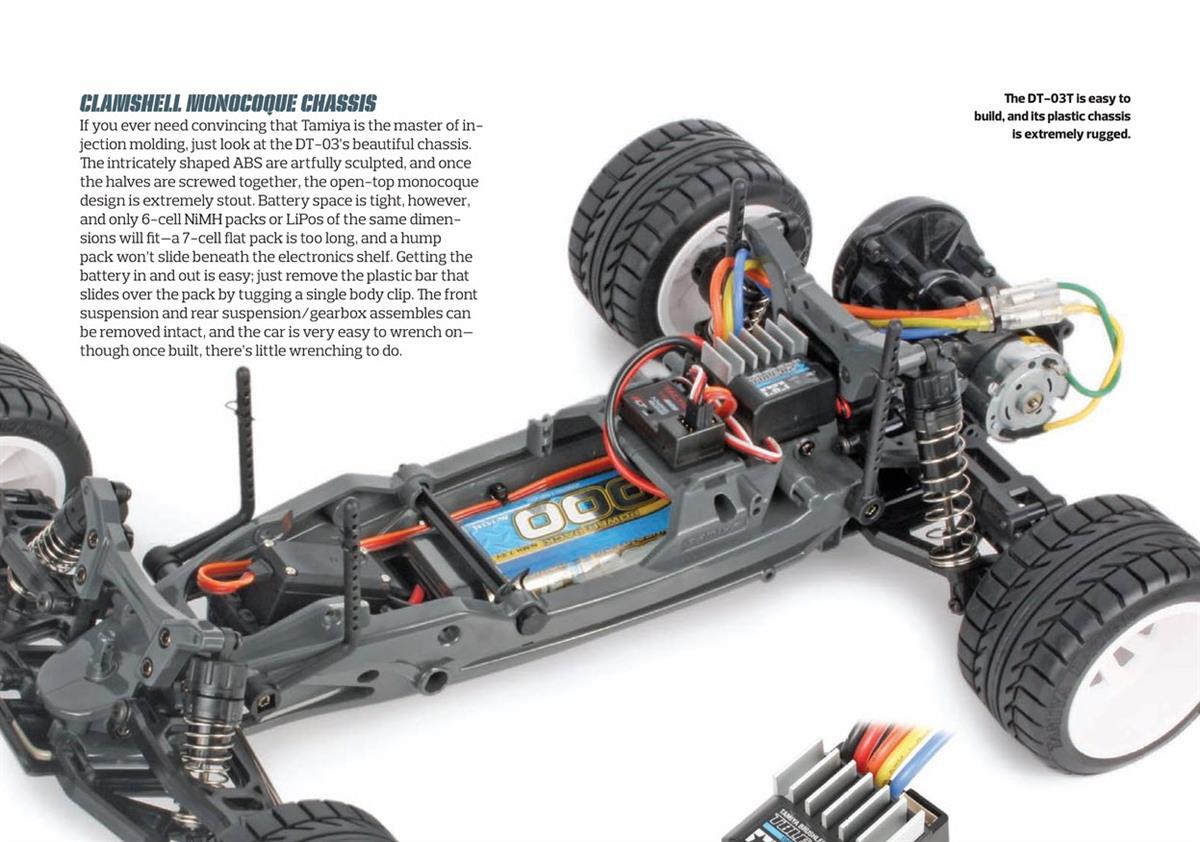 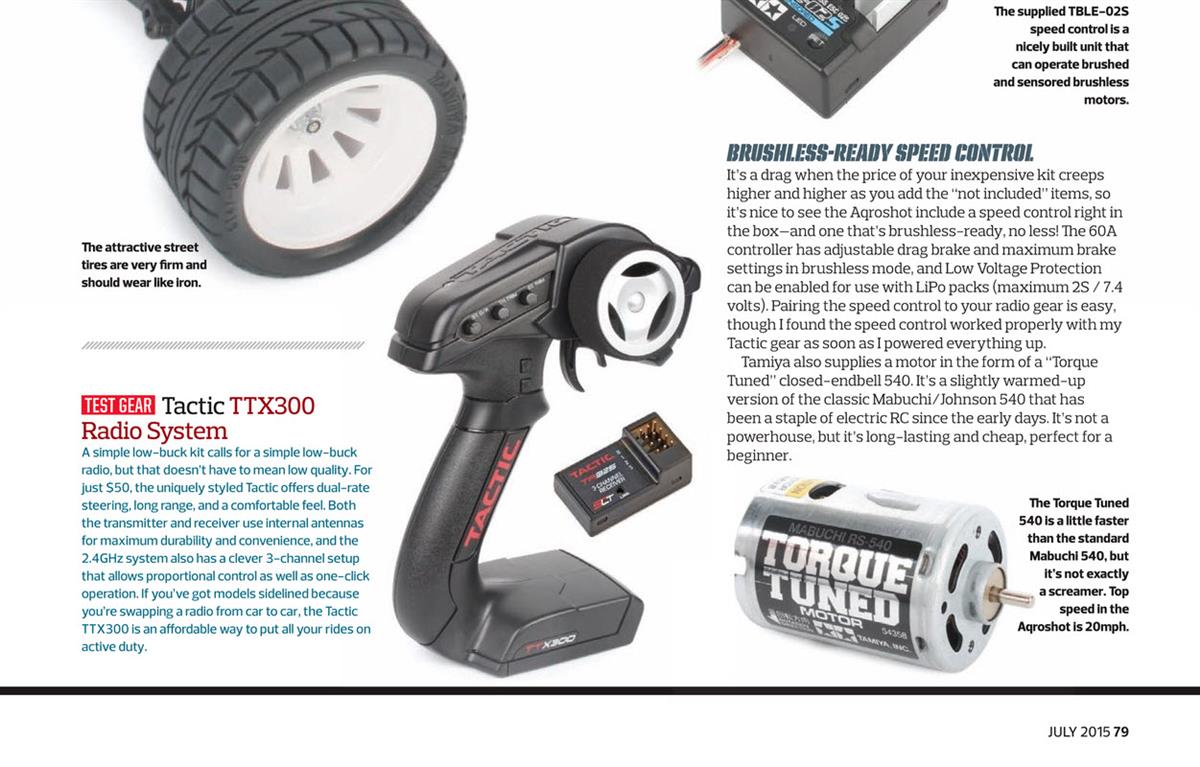 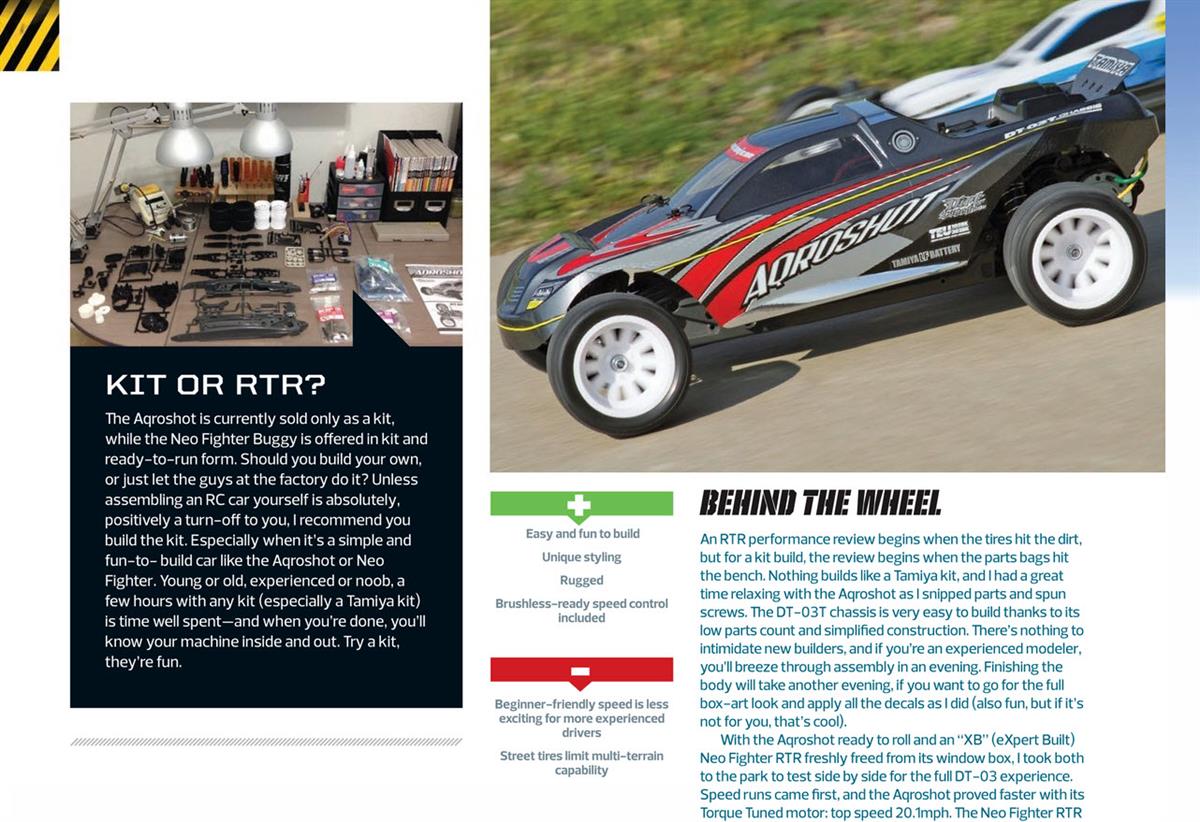 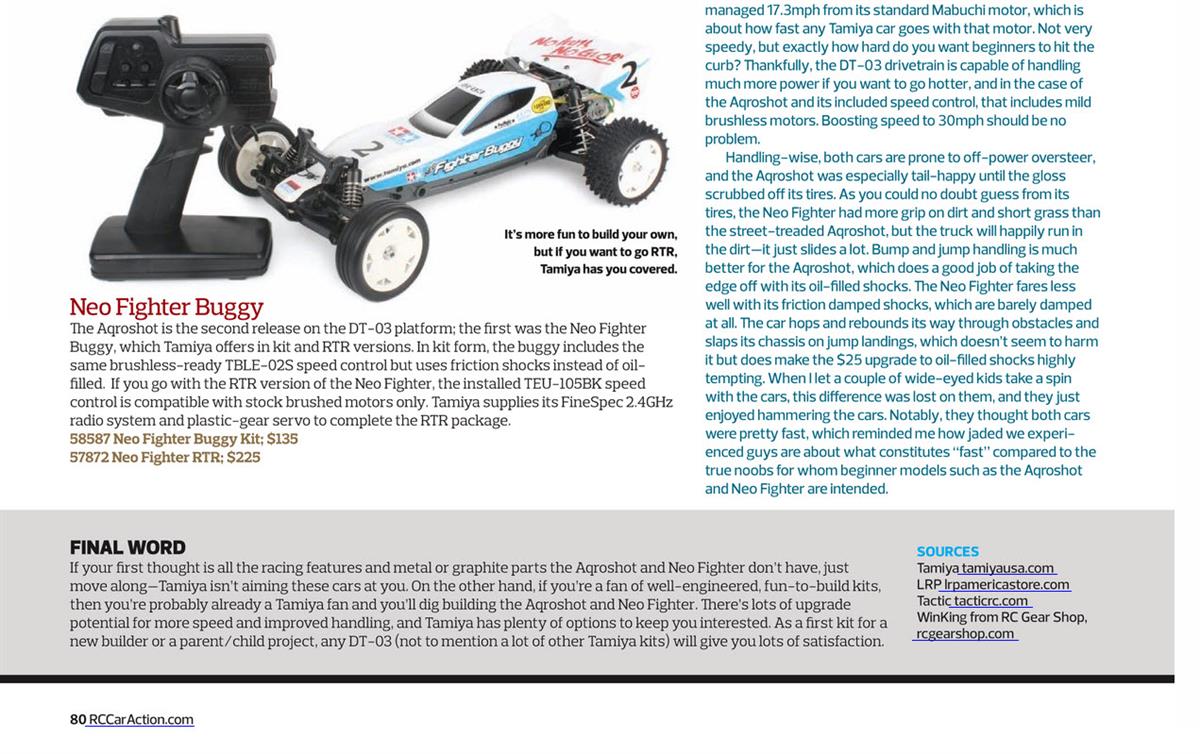