We are pleased to announce the following new product.

Under testing for many months the team have found these larger diameter shocks an extremely good tuning option for the Mi4 and will also fit other Touring Cars.

Assembled units sold as a pair, including popular 16lb springs. 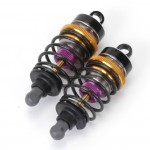 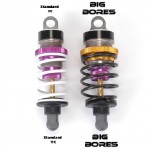