Hot on the heals of RPM’s Axial Yeti suspension arm release is another suspension component that takes a lot of abuse. This new RPM shock tower for the Axial Yeti XL will handle that abuse thanks to its well thought out design and the durable nylon that it’s made out of. You can get the low-down on this shock tower by scrolling down and checking out the official press release from RPM. 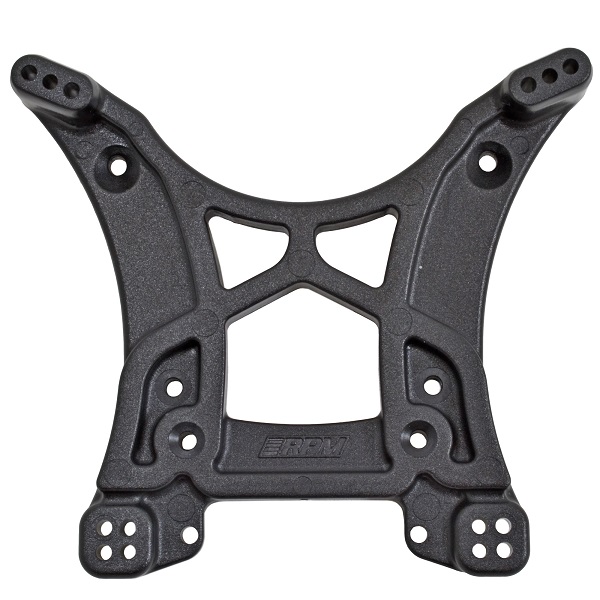 Don’t let something as simple as a broken front shock tower end your time on the trail / track! The RPM Front Shock Tower for the Axial Yeti XL adds the strength you need to get you to the finish line. Our new shock tower design adds some much needed support to the camber link ears and upper shock mounts with smooth-flowing curves, adding an aesthetic appeal as well as increasing strength tremendously.

The RPM Front Shock Tower is molded from our incredibly tough blend of engineering grade nylons and backed by our limited lifetime warranty against breakage. On the trail or on the track, RPM will bring you home!