Contact RC Tyres are please to announce that Robert Pietsch will drive Contact Tyres for the 2011 season.

Robert has been testing hard with Contact Tyres and has been enthusiastic from the start and has now made the agreement official.

Big races coming up include the IFMAR Pre Worlds in Miami, taking place right now then World Championship in April, European championship 1/8th and 1/10th later in Luxemburg and Italy.

He will attend also Contact Tyres trophy that will take place in Fiorano (Italy) 12th and 13th of March.

We wish Robert good luck from all at Contact Tyres. 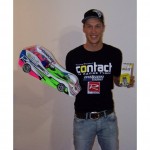 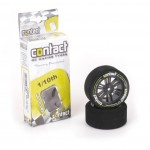