Convert an 1/8 scale buggy for dirt oval? Sounds like fun–and that’s exactly what Losi did back in 2009 with the L8IGHT Model (Late Model, get it?). Then and now, dirt oval wasn’t exactly a mainstream RC class, but any type of race car will always be up Losi’s alley and the L8IGHT Model was nothing if not an inspired attempt to broaden the appeal of dirt-oval racing with a highly competent 1/8 scale platform. Though it was well executed (see our July 2009 review below), the car didn’t last long in the Losi lineup. No surprise really, since the L8IGHT wasn’t offered as an RTR, and to those unfamiliar with late-model racing, it was just a weird-looking car. But for if you knew dirt oval, you knew the L8IGHT was a mean machine. And if you had a local scene that was racing them, it was probably impossible to resist. Anybody still got one? 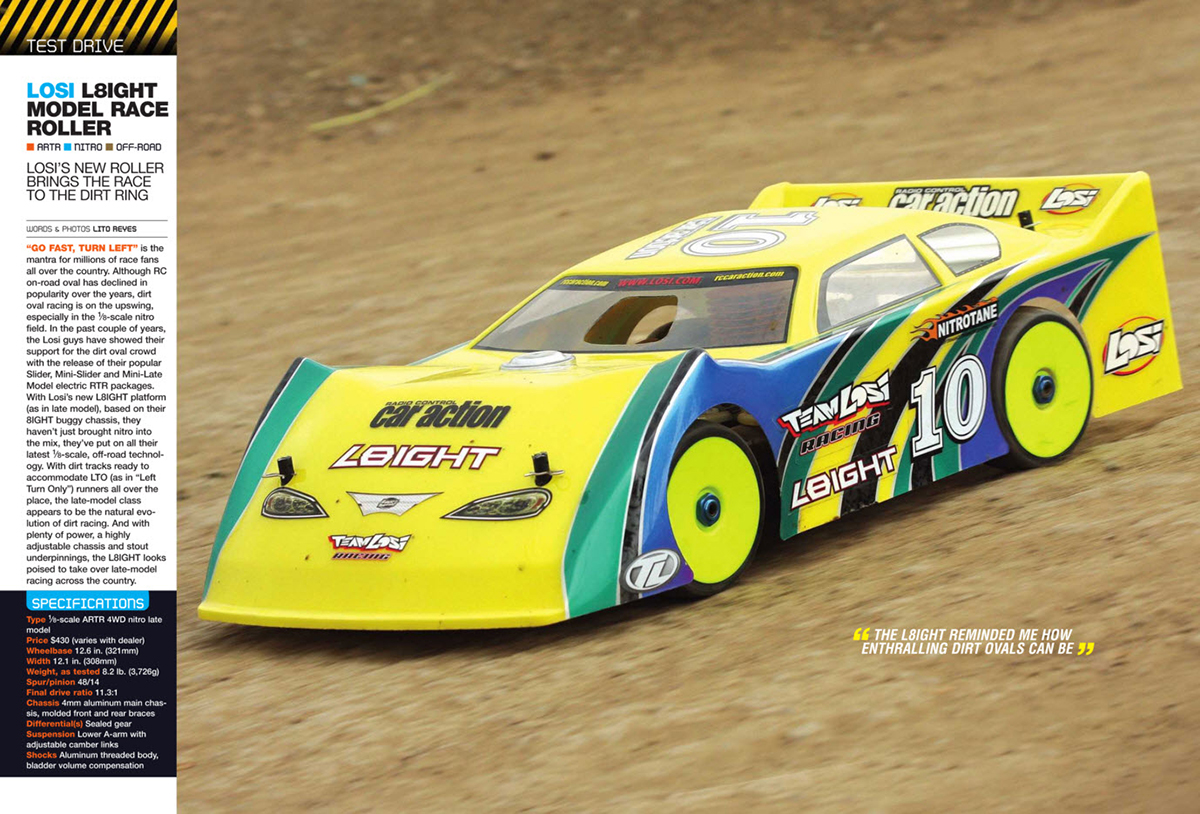 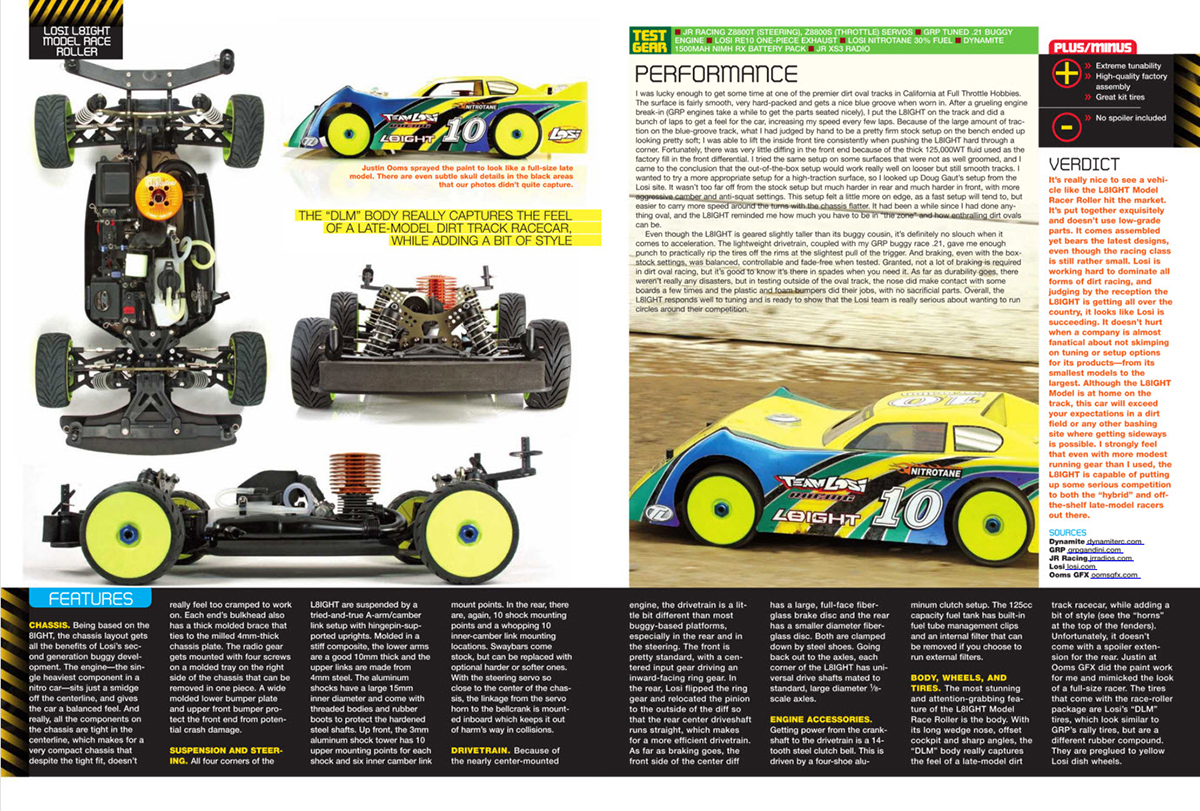 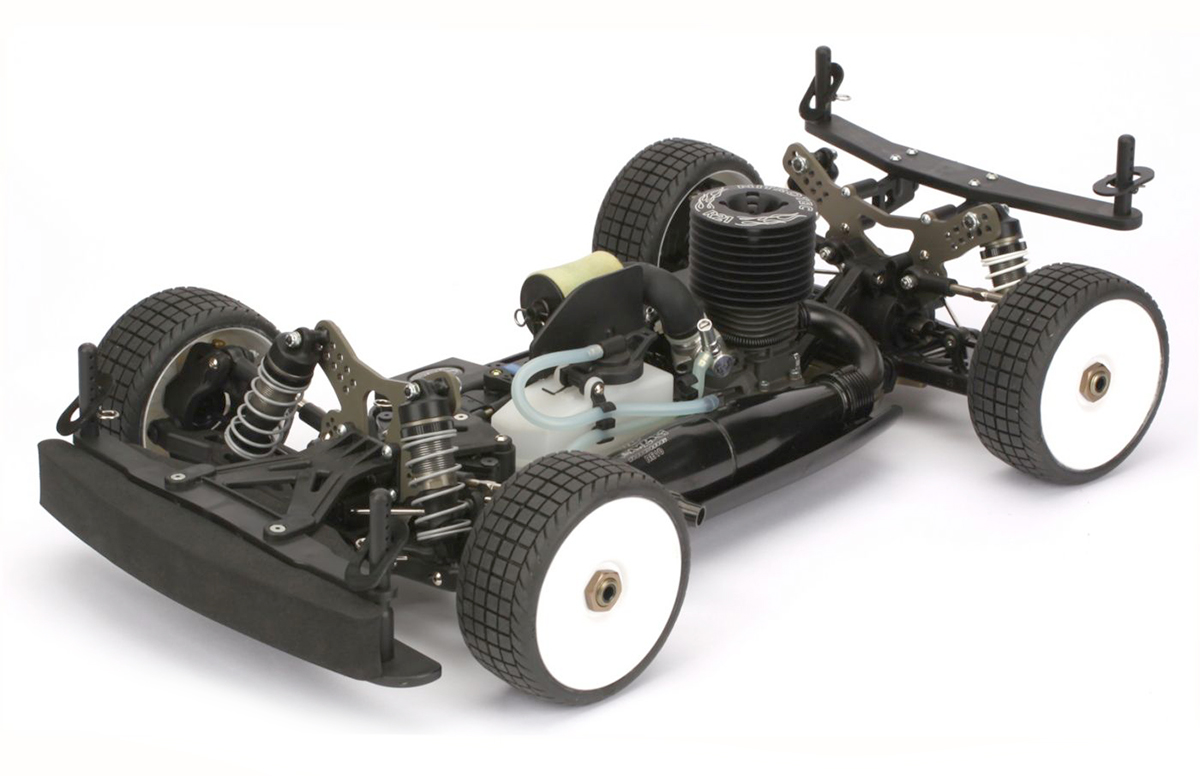