ProTek announces new specifications on their popular servos they released last fall. Check out the press release below for the updated information:

ProTek RC digital servos receive new specifications after stringent, universal testing. A core principal of ProTek RC is to over deliver, which is why the servo’s initial listed specifications were lower than the servo’s capabilites. After extensive laboratory testing of both ProTek and competing servos, it was clear that ProTek RC servos were significantly underrated. RC professionals and industry experts noted that the servos were markedly faster and more powerful than advertised.

“The servos I tested seemed much more powerful than rated. That is a good thing because you’re actually getting more servo than what you’re paying for.” said, RC Car Action Executive Editor Stephen Bess.

“I’ve been racing for years and the ProTek RC 150 series servos are more powerful than anything Ihave ever used.” said, A Main Hobbies Team Driver Chad Bradley.

“We wanted to conclude additional testing before releasing new ratings for our servos. We knew ourservos could pull tree stumps out of the ground, but until we had concrete data, we played it safe,” CEO Kendall Bennett remarked. 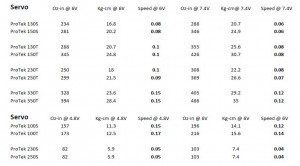 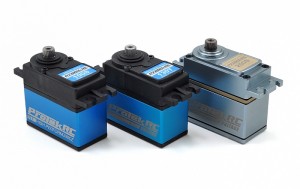 If you like this article, check out this additional article on ProTek RC.