Pro-Line BullDog Clear Body for B44.1

This is the Pro-Line BullDog Clear Body, and is intended for use with the Team Associated B44.1 1:10 off-road buggy. It all started when Team drivers Ryan Cavalieri, Travis Amezcua and Ty Tessmann put their heads together with the Pro-Line development team with a mission to develop bodies with class leading performance in the 1:8th ranks. This aggressive goal was achieved with the BullDog body line. Providing performance that has, at times, been deemed an unfair advantage. BullDog bodies now set the standard in performance. After achieving such impressive results, Pro-Line is now bringing BullDog cab forward technology to the 1:10 class. 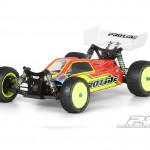 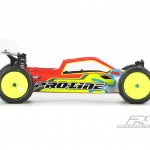 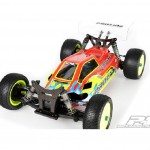