Pro-Line’s popular Flat Iron tread for 1.9″ rims is now plumped up to XL size, and stuffed with memory foam for maximum trail grippage. The tires are sold unmounted in pairs, so if you want the look shown below, get yourself a set of Pro-Line Denali Bead-Loc 8 rims. 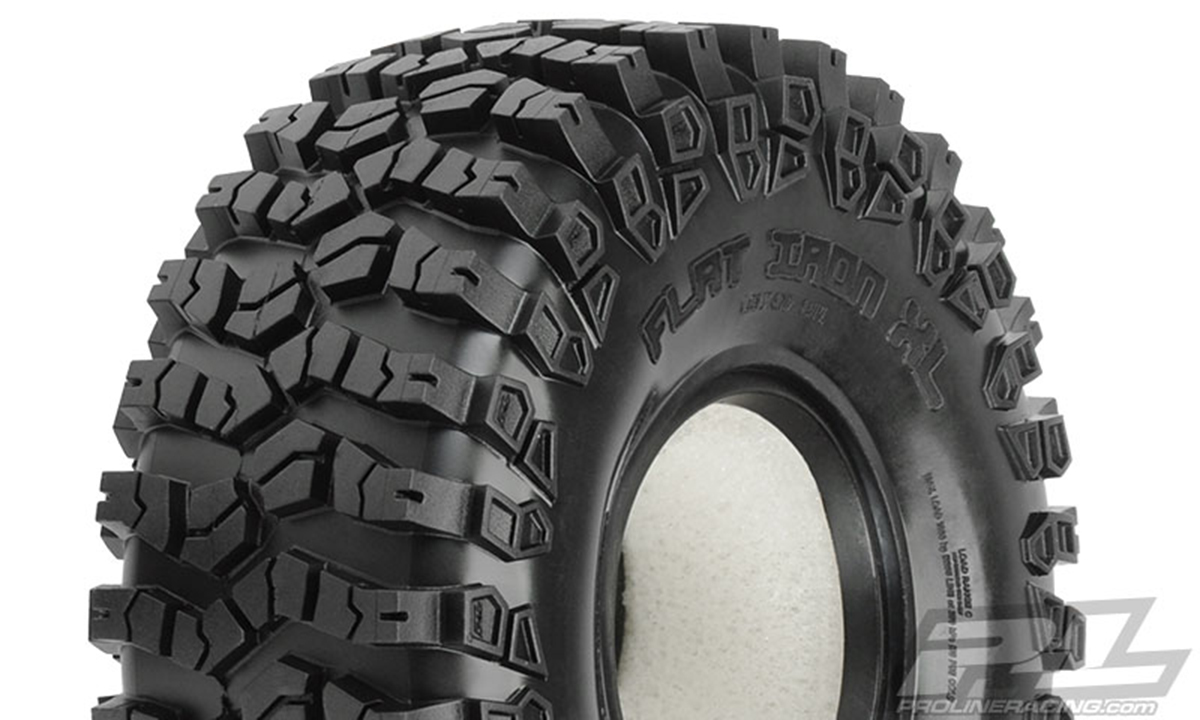 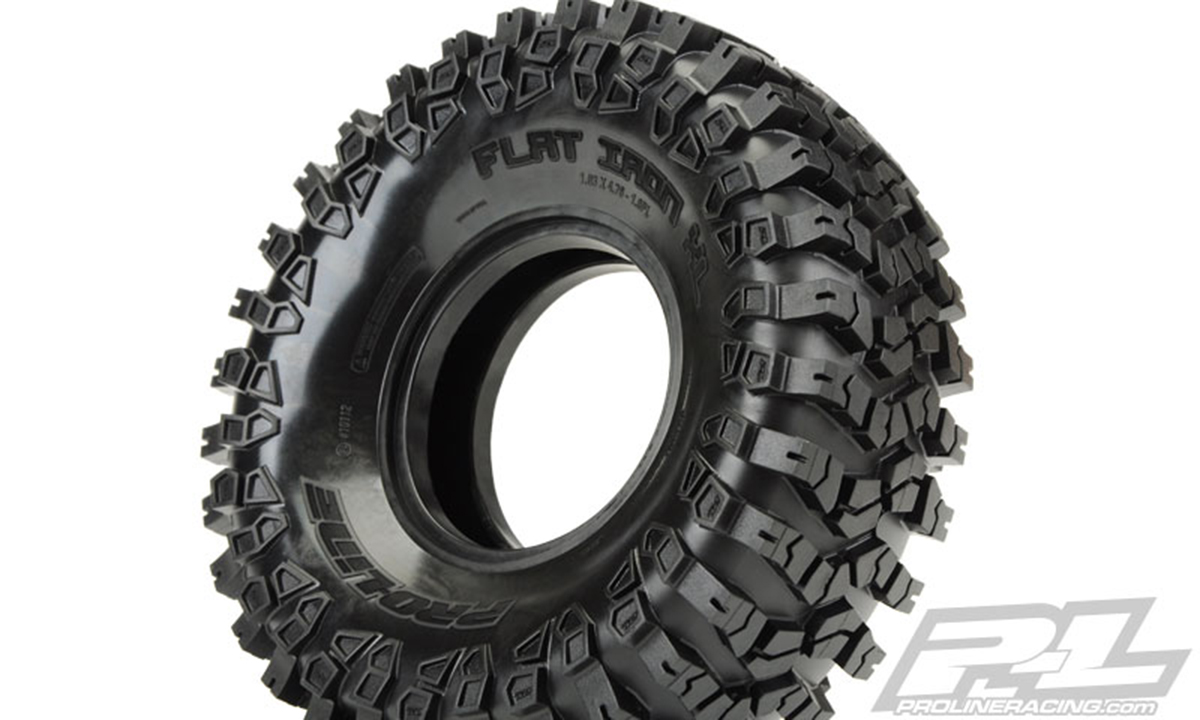 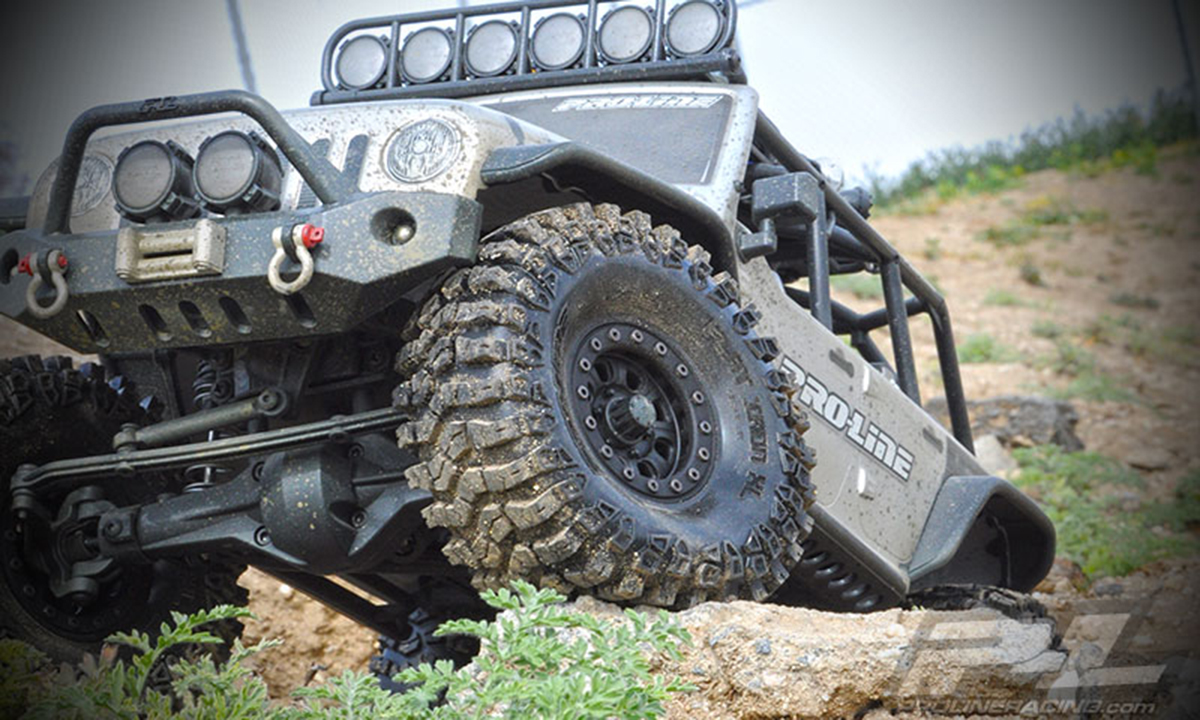 This is a pair of 1.9” Flat Iron XL Tires. The 1.9” Flat Iron is BACK in Extra Large form to suit your scale rig! The hugely popular 1.9” Super Swamper XL paved the way for larger 1.9” scale tires and the new 1.9” Flat Iron XL follows the “bigger is better” mantra. The beloved Flat Iron tread pattern combines scale realism and all out rock climbing performance that you have come to expect from Pro-Line tires. The large lug pattern combined with siping allows the tire to have the perfect amount of flex under throttle acceleration. In fact, in our testing, the Flat Iron’s response to throttle acceleration was unmatched. The Flat Iron tire is made to climb up anything that you challenge it with.

“Simply put, they were the best slick rock tire we tested and were completely surprised by this outcome. The super aggressive tread pattern was superior on the steepest ascents that we could throw at them. Our conclusion is that the Flat Iron is a champion”, says Pete Bach, self-proclaimed rock crawler extraordinaire.

Give your scale rig the ground clearance advantage you have been waiting for with Pro-Line’s new 1.9” Flat Iron XL tires!