Prepping a vehicle to compete at an elite level of competition takes a few tricks that comes from experience and inside knowledge. Nick “Wallnuts” Wautlet works at Team Associated where he does customer service, builds many of their in-house vehicles and is the man behind Wallie Builds, a professional service specializing in pro-level on and off-road builds and unique tuning parts. Luckily we got a chance to sit down with him and get some of his inside knowledge and pass along some of his building tips. Check it out. 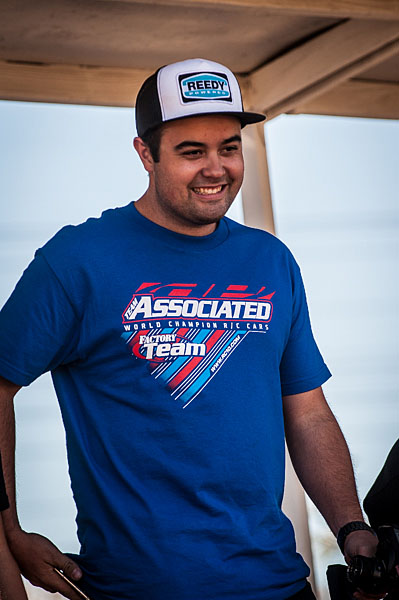 “Wallnuts” is also an avid racer and is known for his aggressive, but playful driving style.

Pre-Thread for Ti Screws
When installing titanium screws, pre-thread hard plastic parts with the steel kit screws first. This will make it easier to install the Ti screws and make them less prone to stripping out.

Easier Turnbuckle Assembly
When Installing new ball cups, squirt a little Green Slime (#1105) into the ball cup’s shank before installing onto the turnbuckle. This will ease threading them on and adjusting them later.

Carbon Fiber Prep
Since carbon fiber parts are made in layers, it helps to prep them before use. Start by sanding the edges. You can do this to whatever point you choose. I personally like the completely round look. Once you are set on the sanding, take a cotton swab and lay the CA glue over around the sanded edge. This will seal the carbon fiber and give it a sleek look.

Seal Stacker
When building 12mm Big Bore shock seals, take your 2.0mm hex wrench and build your seals on it. You can stack them on there and then when it comes time to install them in the shock body, you just slide them off the wrench and into the shock body.

Clean Before Threadlocking
When building a new kit, the hardware can sometimes be covered in a lube or oil to preserve it from rust or corrosion. Before installing the screws into aluminum wipe them down with a shop rag. This will allow the thread lock to work to its full potential rather leaving a chance of the screw backing out. The way to know that it is dry is by the look. If it is shiny, it has oil on it. If it has a dull or flat look, it is dry.

Suspension Arm Swing Test
One of the biggest factors in building a quality race car is to make sure that the suspension is as free as can be. To do this, leave the shocks off the car and hold the car in the air on its side. Hold the hanging suspension arm all the way to one side and let it go. It should swing back and forth until it runs out of momentum. If the arms suddenly stops or doesn’t move on its own, check inner and outer hinge pins, or the tightness of ball cups. This is also a good thing to do as a race prep procedure after each heat, especially after a big crash.

Wallnuts has a professional building service that caters to RC customers worldwide. He can be contacted through Facebook at @WallieBuilds.