At the recent 2012 Cactus Classic JConcepts debuted a ton of new products including aluminum steering bell-cranks for the B4.1, T4.1 and SC10, silent speed spur gears for TLR vehicles, a carbon fiber Monroe T4.1 battery brace, and much, much more. Check them all out in the press release below:

JConcepts debuted several new products during the 2012 Cactus Classic and produced new videos to go along with the product. As a highlight to the weekend JConcepts drivers Ryan Maifield and Jörn Neumann won 4 classes combined to dominate the modified classes at the most prestigious 1/10th off-road event thus far in 2012. 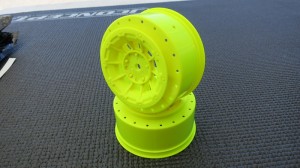 JConcepts released the original +3mm wheel during the 2011 ROAR off-road nationals in the standard black, matte color. JC is now pleased to offer them in bright white and the featured florescent yellow. Match any paint job with a full color assortment. 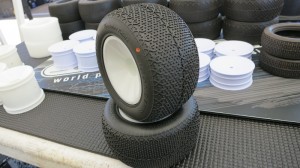 After the success of the Pressure Points on the SCT trucks JConcepts went back to work on the development in the reemerging class of 1/10th truck. Pressure Points feature a pin style design which incorporates horizontal bars and the X center lug support for incredible traction on a wide range of surfaces. 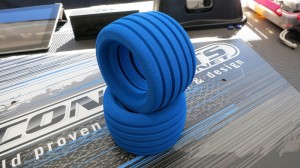 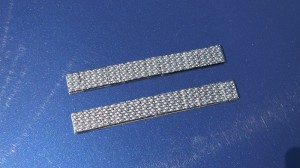 Weight is a critical aspect of all race cars. R/C is no different and with the introduction of the JConcepts weight sets having a cool looking vehicle with correct bias is no longer a thing of the past. JC logo design with carbon fiber appearance and clearly marked 5 and 10 gram increments sections give a driver the versatility and look they have been waiting for. 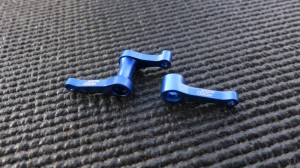 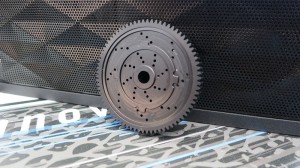 A prototype Silent Speed spur gear for the popular TLR 22 and 22-T was on hand during the Cactus Classic. The precision machined spur gears from JConcepts specifically designed for the TLR slipper design and configuration will be available very soon in the shown 76 tooth count and a larger count version for maximum tune-ability. 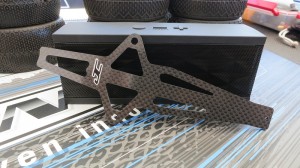 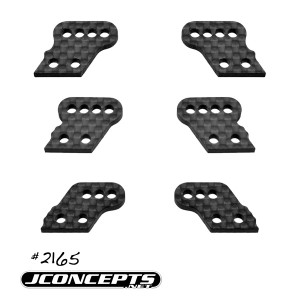 Carbon Fiber – A, B and C hub towers for AE aluminum rear hubs.

Rear camber link and roll-center adjustments are critical on the Team Associated B4.1, T4.1, B44.1 and SC10. Tune with style and security with the A, B and C rear hub towers from JConcepts. A single 2.5mm thickness Carbon Fiber tower gives security, piece of mind and durability to the rear of the popular AE vehicles. Identification bumps near the edge gives the driver an easy way to determine the hub tower of choice while still having a clean and trim fit and finish.