We have officially wrapped up our Monster & Scale Trucks special issue and it’s heading to newsstands where you can grab a copy and check it out. We had a lot of fun putting this new special issue together and we can’t wait to share it with you. Here’s a sneak peak at just a few of the articles that you’ll see when you get your copy of this awesome issue. 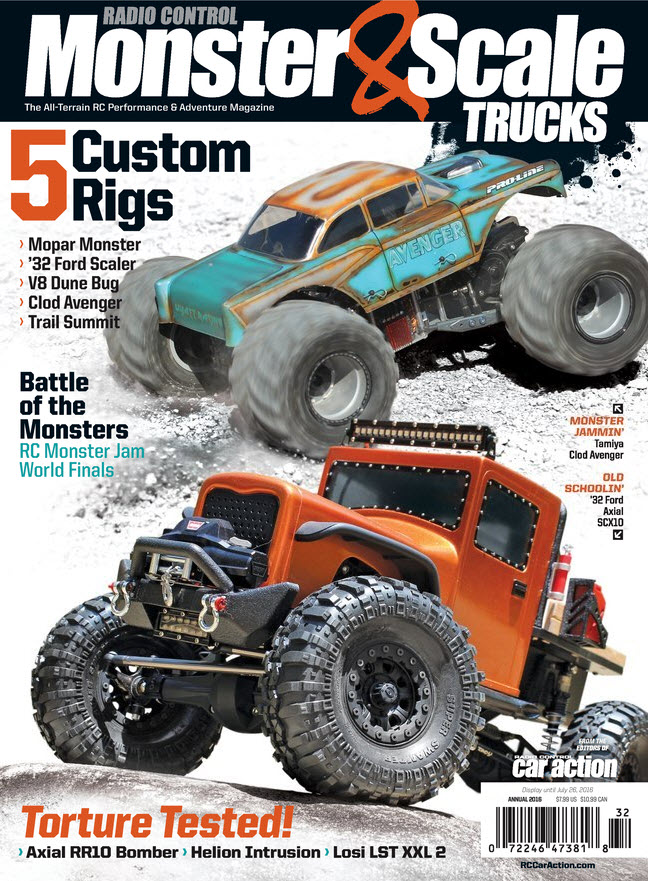 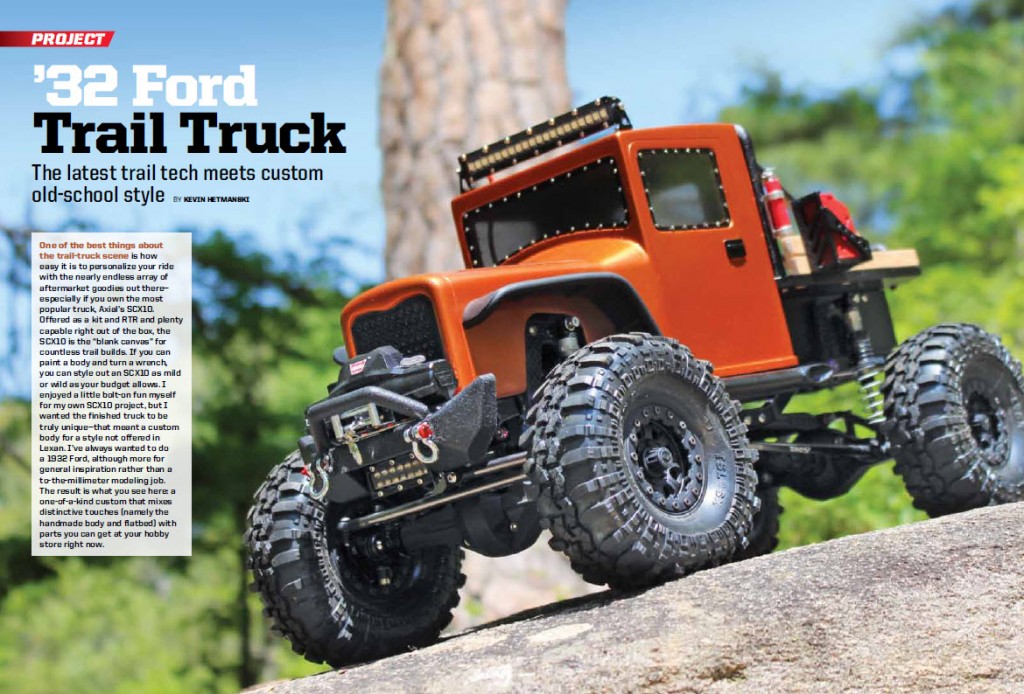 This is a truck that I had worked on for 2 years and 85% of that time was spent making the custom body and bed. It’s a body that I had wanted to make for a long time and it’s great to see it complete. Underneath the body is a completely modded Axial SCX10. 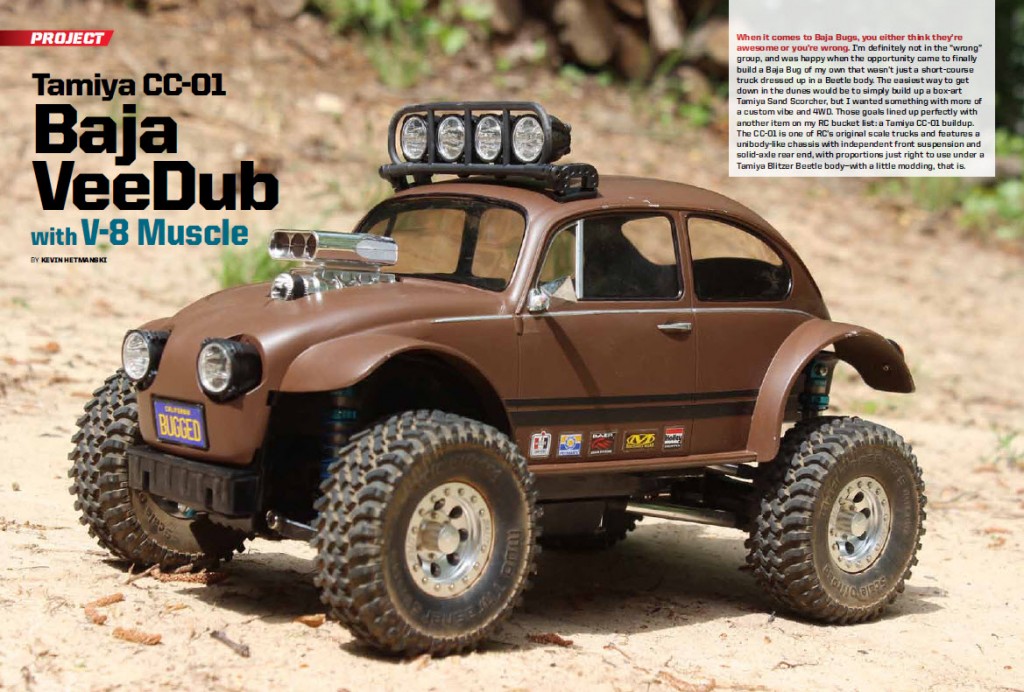 I’ve always wanted to get my hands on a Tamiya CC-01 and I did just that for this special issue. The suspension has been completely changed for improved performance and the chassis was highly modified in order to fit the bug body. After laying down some flat brown paint I added some accessories from companies such as RPM and Pro-Line to dress it up. 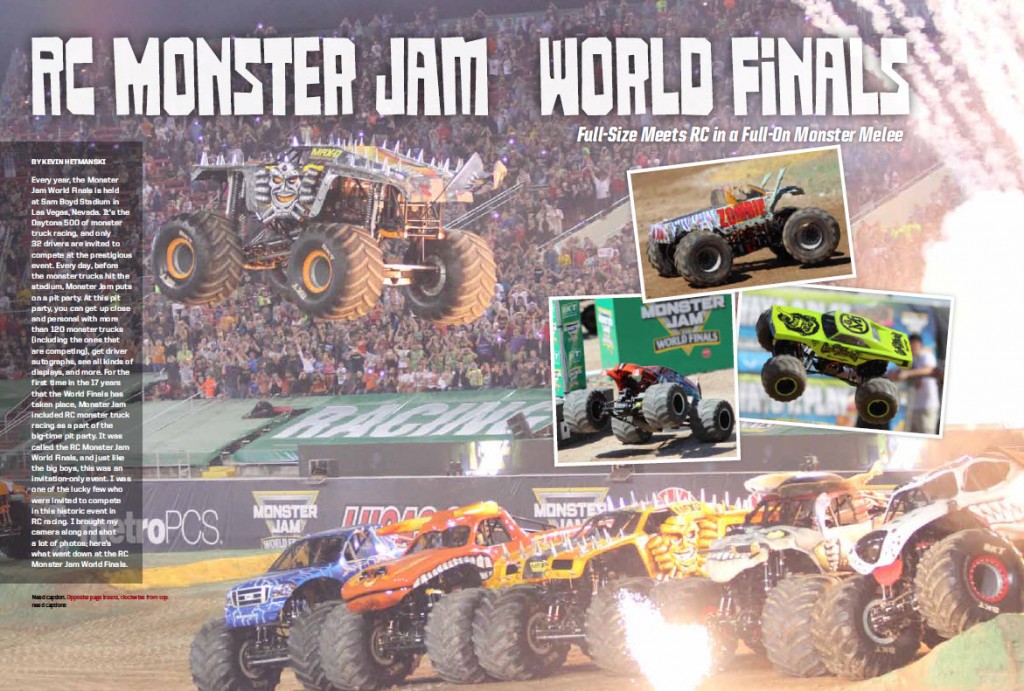 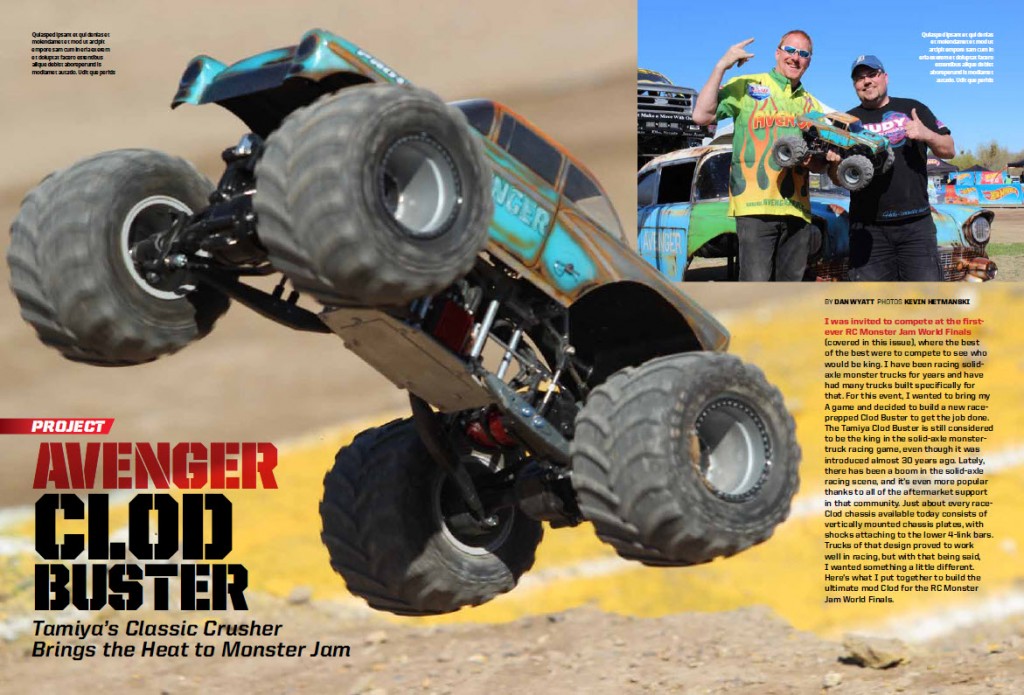 Sometimes I have a vehicle catch my eye when I go to an event and that’s what happened at the RC Monster Jam World finals. Dan Wyatt’s awesome Avenger monster truck was one of the coolest monster truck that I have ever seen and I had to find out more about it. After taking a few photos and talking to Dan, we have an article that shows you what he did to make this awesome truck happen. 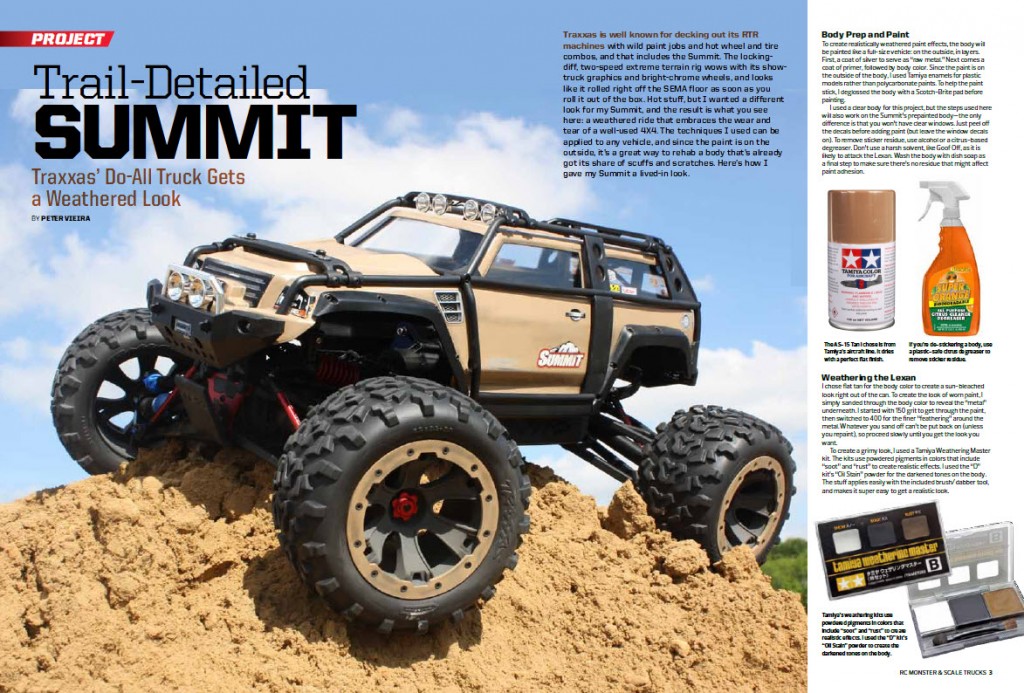 The Traxxas Summit features a great combination of go any where monster truck and a great scale appearance. We show you how to take things one step further in the scale department by adding a little bit of a weathered look to it. This is one awesome piece.

That’s just a taste, there’s 74 more pages of trucks and gear inside! Pick up Monster & Scale Trucks wherever you buy RC Car Action, or click here to order now from the Air Age Store