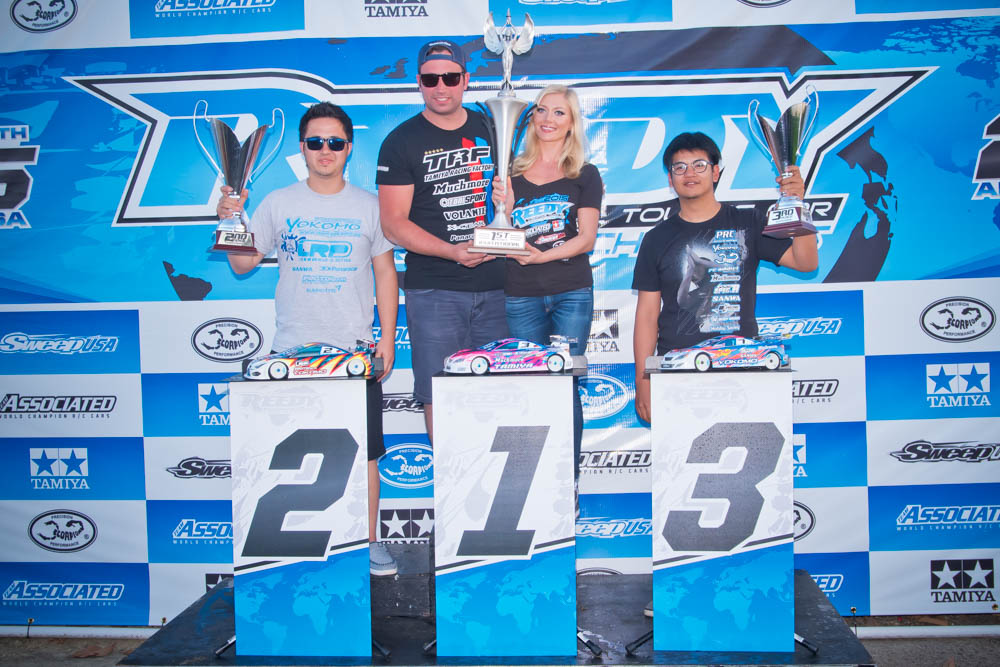 Another Reedy On-Road Race of Champions is in the books and what a spectacular one it was with new records being set. The racing was super close throughout the whole weekend in the invitational class with nothing being decided, until the very final race that is. In the end, multi world champion Marc Rheinard clinching the overall win by two qual (15) points. Ronald Volker claimed second with 17 points and Meen Vejrak rounded out the top three with 19 points. This latest win marks Rheinard’s fifth Reedy On-Road Race title, which surpasses Barry Baker’s 4-win Reedy Race record that had stood since 2003. 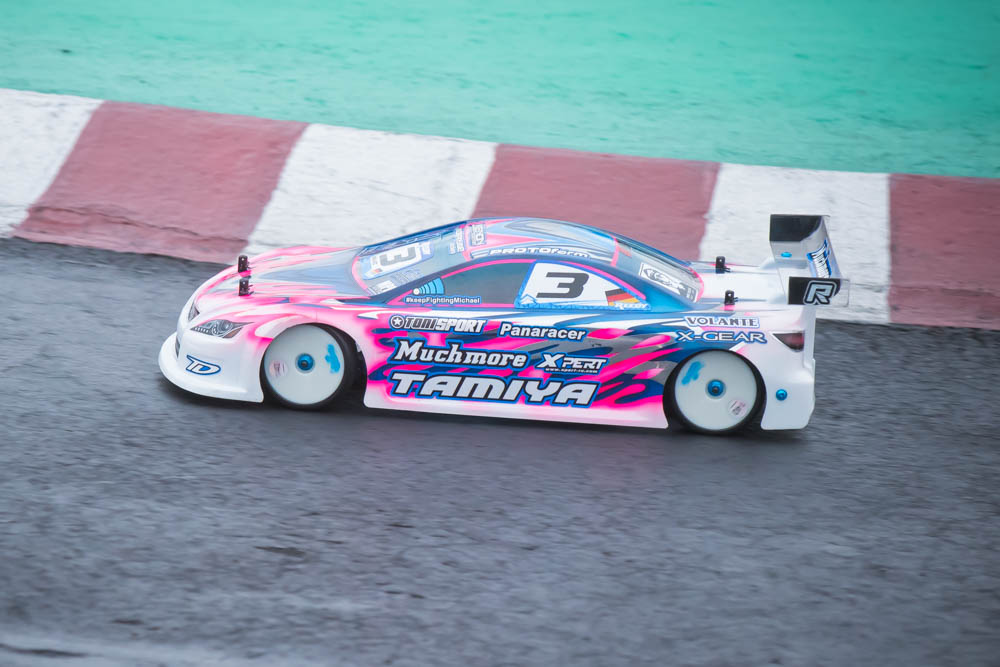 Competition was close all 12 rounds of Invite, but ultimately speed and consistency with a bit of luck earned Rheinard the over all Reedy Race title. 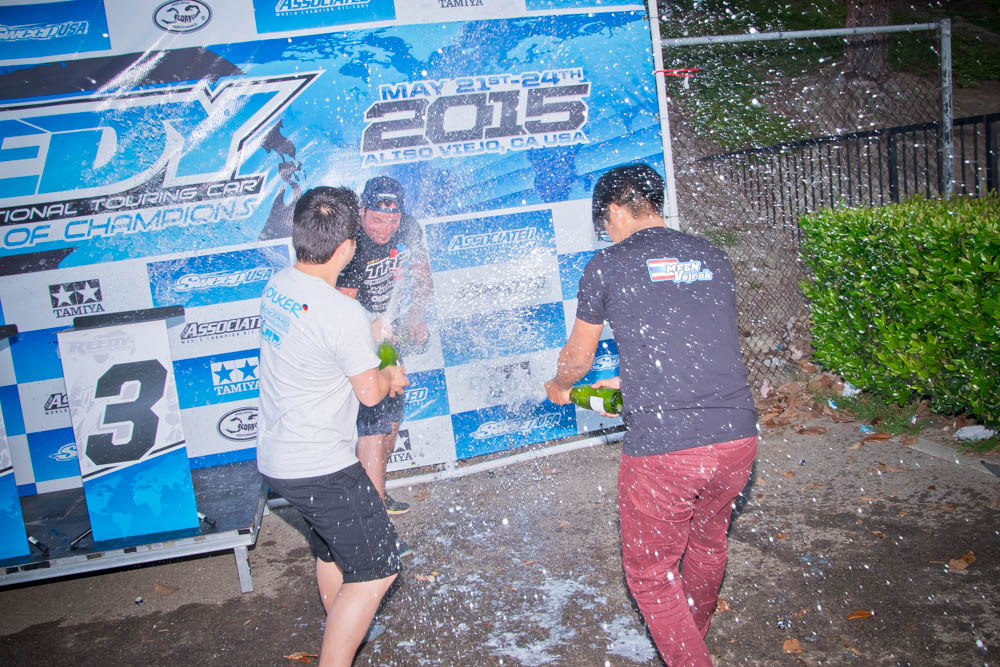 Popping the cork in celebration, the podium finishers douse each other in champagne. 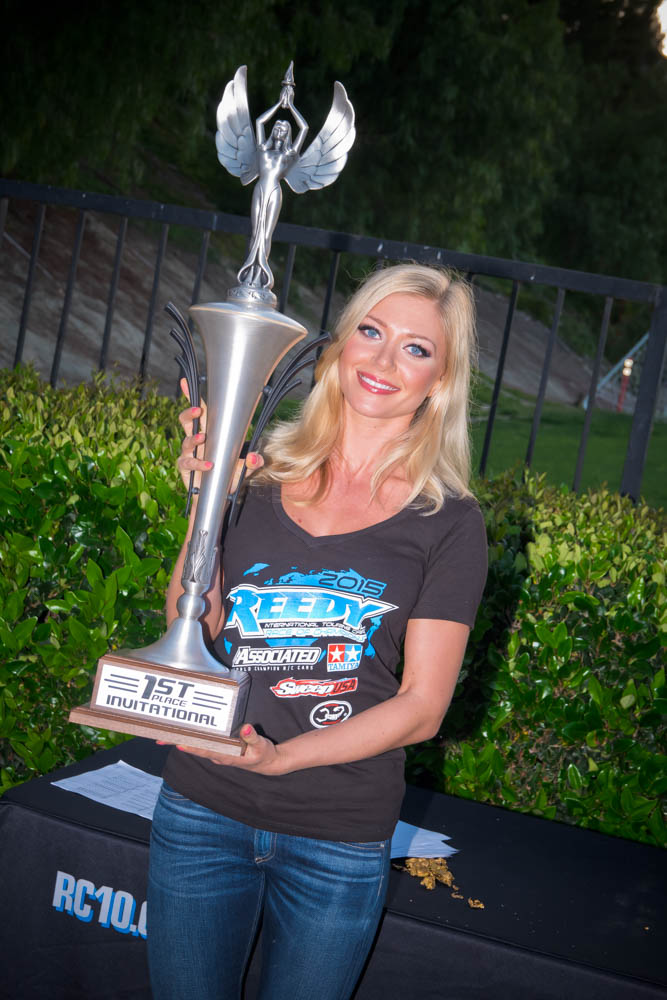 The prestigious Reedy Race trophy ready to be presented.