Fresh from his record-setting sweep of NASCAR’s top three racing series at Bristol Motor Speedway, Kyle Busch just kept on winning as he returned to the Camping World Truck Series at Chicagoland Speedway for the EnjoyIllinois.com 225.

Another win for Busch seemed like a sure thing as he lead 120 of the 154 laps, but a pit stop late in the race cost Busch five positions and gave the lead to fellow Toyota driver Todd Bodine. Two laps of green-flag racing later, Busch regained the top spot but Bodine was still within striking distance for the win. Bodine and Busch went door to door in the final laps as the crowd rose to its feet, but Bodine was unable put the no. 18 Traxxas Toyota Tundra behind him and Busch drove on to the win—his fourth in a row.

This latest victory marks Busch’s 20th win in the Camping World Truck Series and his first visit to victory lane with new sponsor Traxxas. Trophy in hand, Kyle expressed his happiness in giving Traxxas its first NASCAR win, and gratitude for the company’s enthusiastic support. “I can’t thank Traxxas enough. ‘The Fastest Name In Radio Control’ getting with, I guess, the fastest driver tonight—it’s pretty cool to get to victory lane the first time out with these guys,” said Busch. “I can’t wait for the next two [races with Traxxas] at Talladega and Homestead. It’s going to be fun.”

Traxxas congratulates Kyle on his latest win and looks forward to the Talladega and Homestead-Miami events, which will air on Speed.

Based in Plano Texas, Traxxas has been building the world’s fastest Ready-To-Race® radio controlled vehicles for over 23 years. Traxxas models are sold exclusively in Hobby Stores, 4-Wheel Parts, and Pep Boys. 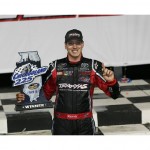 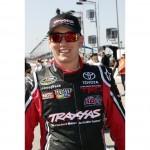 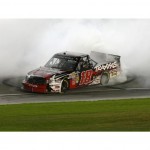 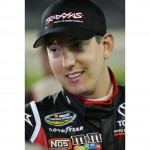 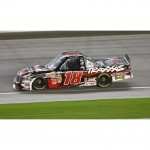 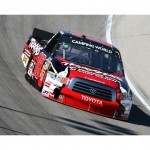