As the Florida State Off-Road Series rolled into Lake Park for round # 4, JR Mitch was looking to extend his winning ways. Making quick work of the qualifiers, JR quickly rose to the top of the field by top qualifying in both of the first 2 rounds with his JConcepts equipped Associated RC8B buggy. 3Ds in green compound proved to be the way around the unusually slick track at Lake Park in rounds 1 and 2 as JR blistered the track.

As the sun peeked out on Sunday the track started to dry-out and the Lake Park blue groove heated up. JR went to his trusty Crossbow tire combination for the emerging blue groove surface and 30 minute A-main.

Once the flag dropped on the A-main, JR was gone, racing out quickly to a 9,10-12 second lead ~10 minutes into the race, it looked like the race was all but over. A mid-race ghost flame-out caused things to tighten-up but JR and pitman Walter Cruz remained calm and within minutes were back into contention. Pushing the RC8B as only a few drivers are capable of, JR made up valuable time and took the lead once again with ~4 minutes remaining. Pulling out to a significant lead with 3 minutes to go JR was back in cruise control and a commanding lead where he would cross the line taking yet another win for JConcepts / Team Associated in 2011.

Not alone on the podium, JConcepts / Serpent driver JP Tirronen made his way to a 3rd place finish, impressing his crew / friends after recovering from a poor start. Post race inspection showed JR and JP made a great choice on tire tread and compound. JR’s Crossbows tamed the Lake Park blue groove once again with tread to spare; his buggy was the vehicle to beat all weekend. JP utilizing the Hybrids in green compound had one of the quickest cars in the A-main and while pushing for 30 straight minutes the Hybrids remain in competitive condition with tread to spare. 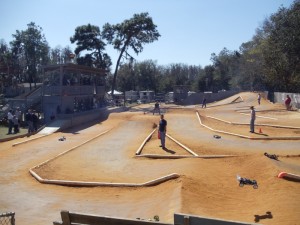 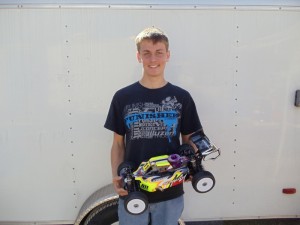 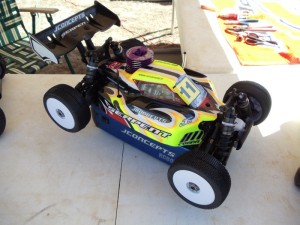 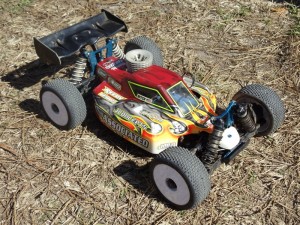