The 1st annual Cape Fear Invitational race was held in Holly Springs, N.C. this past weekend. With a perfect weather forecast, lots of fast racers, and an awesome layout the 2 day race was packed with good times for all in attendance. There was a good mixture of electric and nitro racers, not to mention a kids class were some great kids all finished in first place!!

All of the qualifiers, 4 rounds total, were ran on Saturday. Sunday brought the mains, with an unusual format of all electric mains, (in a 3 race format), running in the morning and the nitro mains running in the afternoon. As you can see from the pictures the track was awesome and the smiles were big. It was Travis Dupree taking home the win in Pro Buggy with Chris Pace 2nd and Barry Pettit 3rd. In Pro Truggy it was Mike Kendall in the first spot with Brandon Melton in 2nd and Chris Pace 3rd.

Barry ran JConcepts Sevens in Blue Compound on the truggy and they were absolutely awesome! He quickly moved into first, passing Melton and Dupree, but was brought to a stop 5 minutes later when his steering servo failed. In buggy he ran JConcepts Double Dee’s in Blue Compound. The tires were hooking and getting better as the track dried out from the soaking just before the main. As Barry and Brandon battled for second, Dupree moved ahead to a slight lead. Barry went to the second position with his sights on Dupree, running quicker laps and catching the leader. Unfortunately it was not to be, as a lower arm problem developed causing an extended stay in the pits. Barry was able to get back on the track and finished in the 3rd position, after some carnage from Melton dropped him off the podium. The Double Dee’s looked good after the 45 minute main and were still turning consistent laps at the finish.

Thanks to all the Cape Fear drew and Jamie for a great racing weekend. We always look forward to returning to this fantastic track. 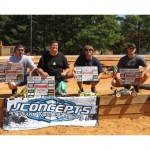 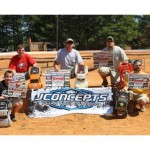 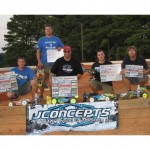 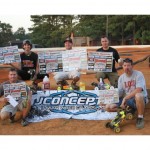 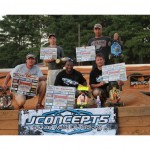 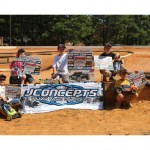 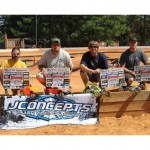 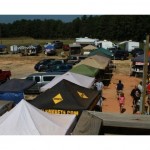 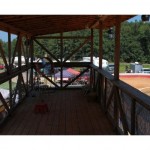 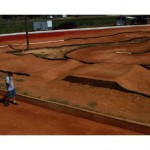 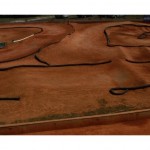 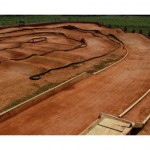