In 1993, it was Jurassic Park breaking all the records in the movie theater while Whitney Houston and Dr. Dre were dishing out the latest Billboard hits on the music scene. The grunge movement was in full swing and the kids were wearing plaid, plaid and more plaid to schools and social events. However, in the truck world, Ford was on the verge of creating a classic of their own, the 1993 Ford F-250. JConcepts is quick to offer this officially licensed mainstay to the scale world of radio control.

For the ninth generation, the body-shell of the 1993 F-Series was given another major upgrade. To further improve its aerodynamics, the forward bodywork was given a slightly lower hoodline, rounding the front fenders and grille. The “Blue Oval,” a trademark of all Ford pickups, makes a striking appearance centered in the grille. Stout fender flares are carved ever so carefully in to the panels while openings allow for a vast assortment of tires on the market. The F-250 single-cab look is strong and is a careful reminder of a time when passengers sat side-by-side during a typical outing.

The bed itself is solid and includes slated details to look like its 1:1 counterpart. Light body lines and raised sections are present throughout such as fuel tank latch, window weather strip outlines and hood indentations. The hard body-line positioned front to back give the truck heart and the “Built Ford Tough” personality. The body comes clear and includes an authentic decal sheet and easy to use window mask for the detailed hobbyist. The F-250 drops on the Ascender and Axial 12.5” wheelbase setting, with standard body mounts.

The wheels and tires shown are available separately through JConcepts. 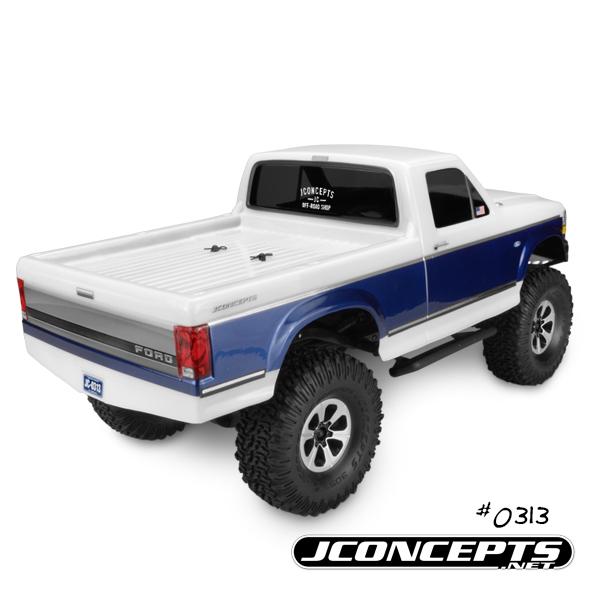 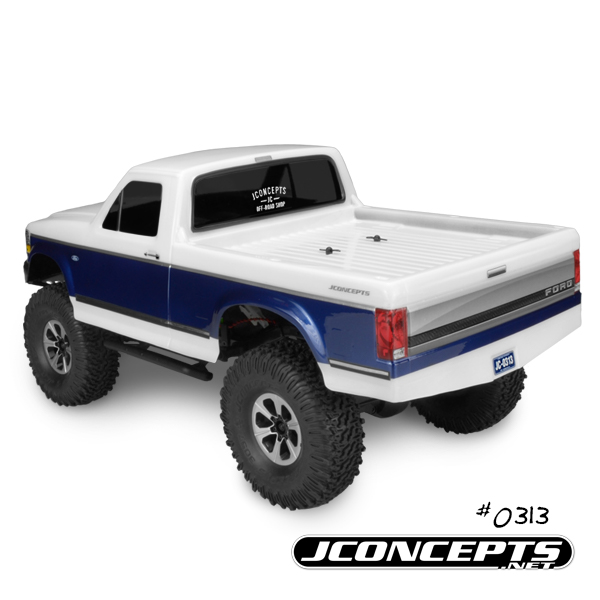 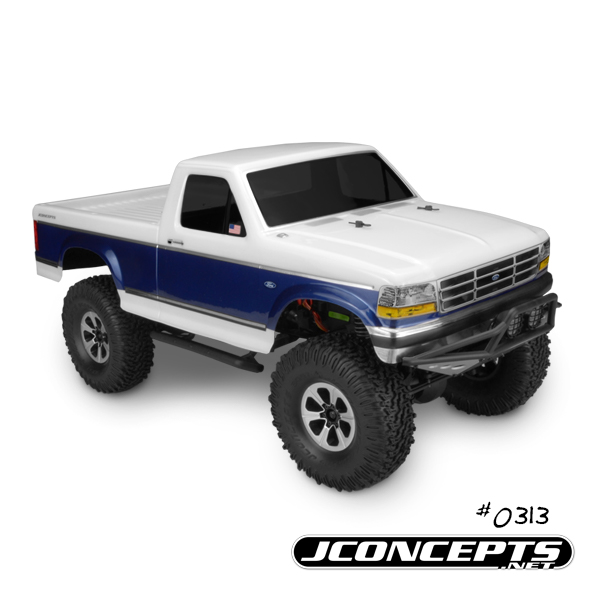 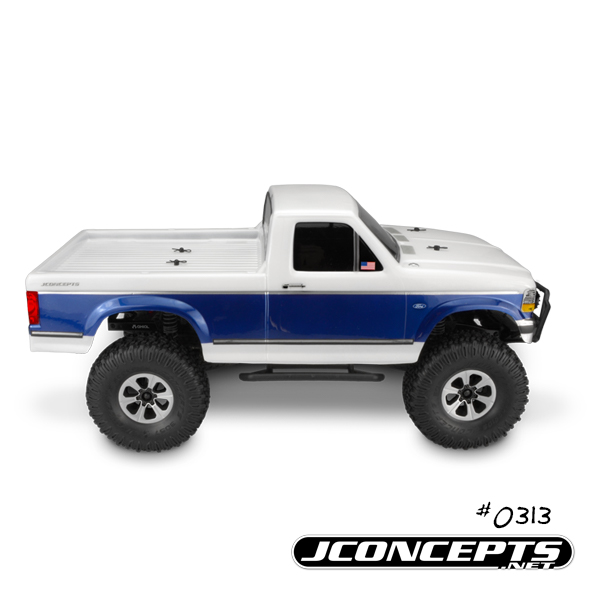