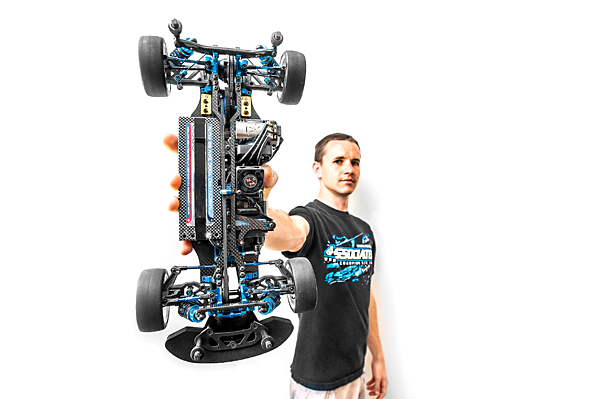 Randy Caster races for Team Associated and is known for immaculately prepared cars.

On-road racing is fast and technical and one driver that has been a staple in the highly competitive Southern California racing scene is Randy Caster. Growing up on the parking lots of San Diego and the legendary asphalt of SoCal Raceway, Randy has continued to refine his craft in order to compete at the elite level. He has been a contender in the Open Class at the Reedy Race held at the infamous Tamiya Raceway, finishing a heart-breaking runner-up for a couple of years in a row, but with determination and patience he persevered and qualified for this year’s Invitational Class by taking seventh at the recent ROAR On-Road Nationals in the prestigious modified class. He’s obviously got skills at the wheel, but he’s also known for his meticulous car preparation and has helped in the testing and development of the new Team Associated TC7. Luckily we got some time to sit down with Randy and chat. Check it out. 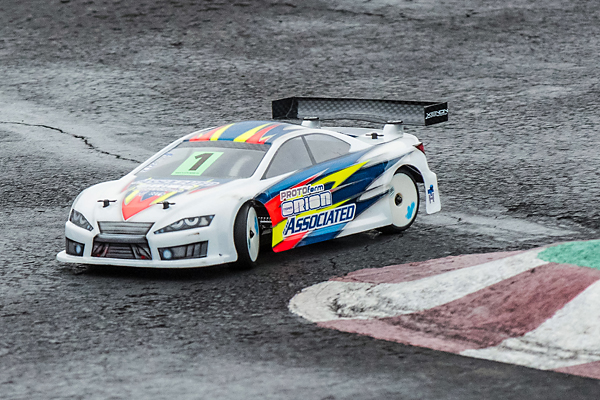 Randy running strong at the 2015 Reedy Race of Champions

RC Car Action: How long have you been in to RC?

I’ve done a little 1/12-scale pan car, but never really got that in to it.

What made to gravitate more toward touring cars versus other classes?

It’s hard to say. I think I just like the speed more than anything. It’s a blast going over 60mph on the straight-away. I love paying attention to detail when I build a car and with an on-road car that really pays off. Build it right and it will be better.

What was your first car?

My first car was a nitro buggy. That thing never ran right (laughs). A nitro car with a thirteen year old is a horrible idea, but soon after the Rustler came along and I actually started racing with that. I was the kid who showed up for the Novice class- actually the first time I showed up I signed up for the Modified Class ‘cause I had a Trinity Speed Gems 15T, but soon they knocked me right down to the Novice Class.

What about your first on-road car?

My first on-road car was an FSR Nitro Bullet. Ever heard of them? Nobody has. I never had that thing running right. I traded it to a friend for an OFNA nitro touring car. He knew what he was doing and I was actually having success with the OFNA.

So you started off with nitro then?

What made you go to electric?

I think I just got sick of the maintenance. The nitro cars are always such a mess.

And who was your first sponsor?

Yokomo USA was my first chassis sponsor. The MR4TC-SD was my first car with them- the shaft-drive. Then they came out with BD. My first successful race was with that car.

You were originally from the San Diego area before Orange County, what was the scene like there?

It was great. I used to do a lot of parking lot races at places like HobbyTown and Hobby Central. I actually learned to race on an off-road track at Discount Hobby Warehouse. That place had a hobby shop attached to it, but then they lost their space and had to move and the new place had a loamy off-road track that was good for nitro, but not very good for electric. That kind of helped me push in to on-road.

Recently you signed with Team Associated, when was that?

It was January of last year, but I had been running the cars for about four months before that. I wanted to make sure it was a good match and for me.

Okay, so you were running the older TC6.2 and a lot of the guys were already doing a lot of tweaks to them and you jumped onboard and helped a lot with the development of the TC7?

Yeah, as a driver. They had figured out most of the geometry by the time I started running the TC6.2, and I was given all the parts to convert it over to what we called the TC7 prototype. They had done most of the hard work. I think I was one of the first to try the floating steering that I like. It gave more entry steering, but other than that, they had it pretty figured out.

What were the biggest changes from the TC6.2 to TC7?

Materials. The materials are night and day and so much better now. The shocks are… you can’t even compare them to the old car, they are so much better now. They come stock with Kashima coating, coated shafts, everything about them. New belts- everything. The geometry is the same as what we figured out on the TC6.2, but now it’s in a package and turnkey. You build the kit and go to the track and it’s fine.

You feel that this car can compete with the best cars in the world?

I think it can compete with anything.

Have you also done testing on carpet?

Yeah, I have. At TQ Raceway in Chino, California. My first race with the TC7 was up in Stockton, and it was really close and I ended up in third with all top three within tenths. It was Rick Hohwart’s first time with the car too and he did well too and finished second. I ran the aluminum chassis with the car too.

Do you think an aluminum chassis is important for carpet?

For carpet, I believe so. The TC7’s front end flexes more than the TC6.2, and with the carbon fiber the chassis makes the car want to traction roll, especially when the bite is high. The aluminum chassis is much easier to drive. The weight is lower, but it is also much stiffer than the carbon chassis.