If there was a car in the early 90s that everyone was dying to get their hands on, it was the ever elusive Team Associated Stealth Car. This nearly one off vehicles were made for the best drivers Associated had at the time to compete with in the 1989 and ’91 IFMAR Worlds competitions where they absolutely dominated. The cars were held under a cloak of secrecy to the extent that anyone with a camera wasn’t even allowed near them in the pits or on the track, that is until this very issue. With the body removed we finally got to see just how hand made these cars really were and that they’re chassis was nothing like what we had all anticipated it would be. As 1992 rolled around and without us knowing, Team Associated was preparing to take what they had learned from the Stealth Car and apply it to the all new buggy that they would release 3 years later, the RC10B2. While the B2 may be the Stealth’s most direct descendant, it is considered to be most of the inspiration for the RC10B4 which would go on to become the most dominant 2WD buggy in Team Associated’s fabled racing history. 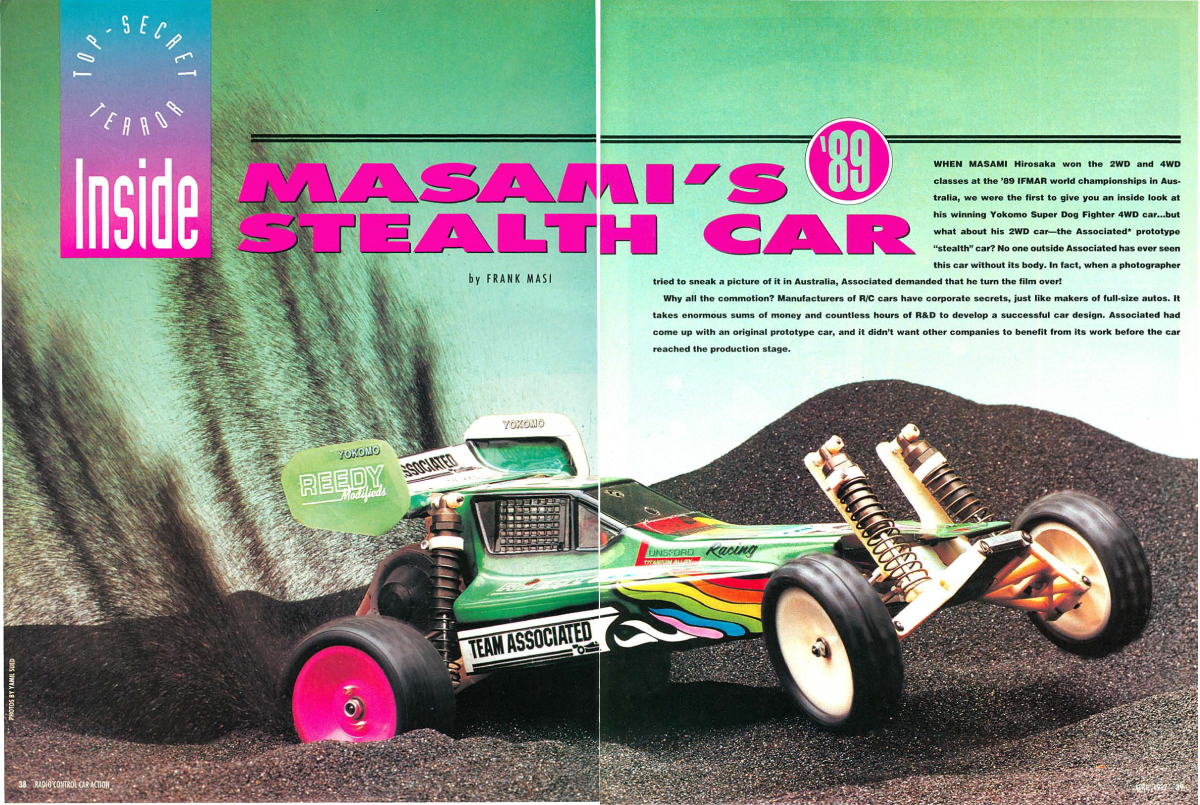 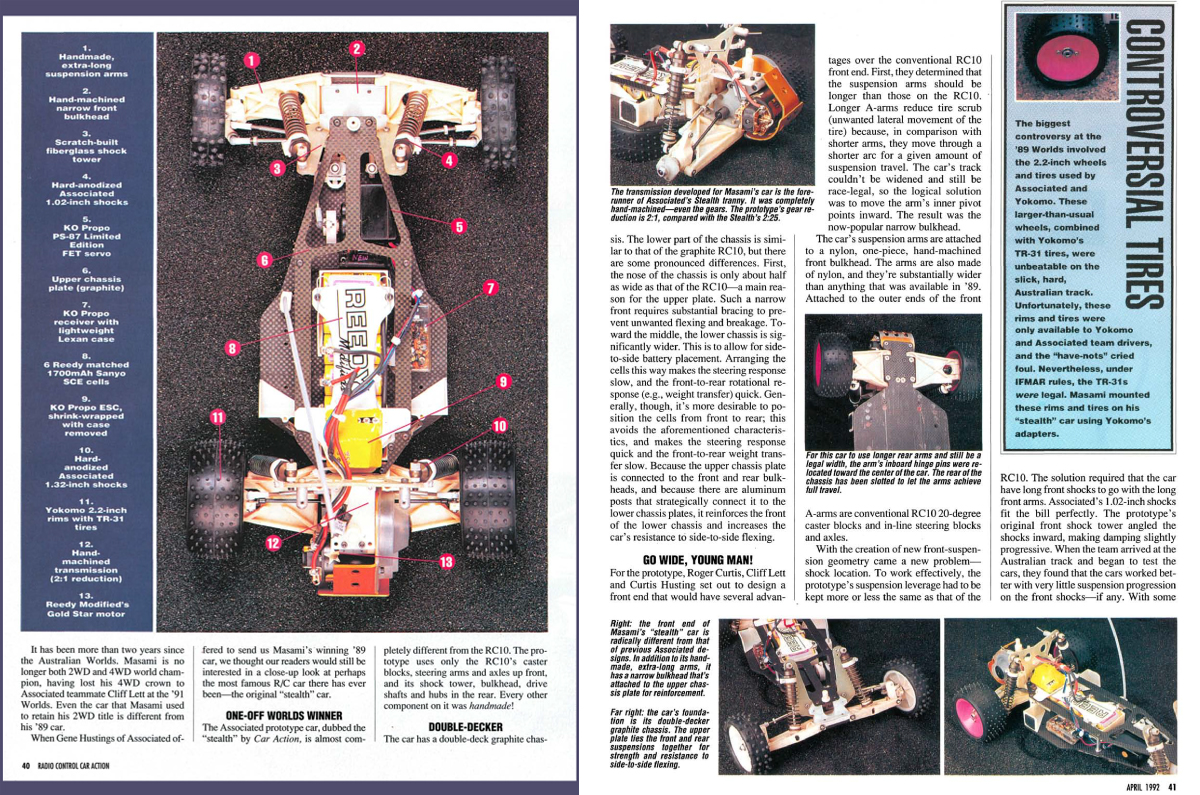