By the time the December 1987 issue rolled around, the decade was definitely hitting it’s “rad 80s” stride. U2’s “With or Without You” and The Pretenders’ “Don’t Get Me Wrong” shared the charts with the dreck from Wang Chung and Chris DeBurgh, you rode your Supergoose to the mall theater to catch Predator and RoboCop, and you probably had a gang of GI Joes under your bed. As for RC, the era’s big-boom was well underway, as evidenced by classics such as the Kyosho Big Brute and Optima (dressed as a truck). Have a look inside… 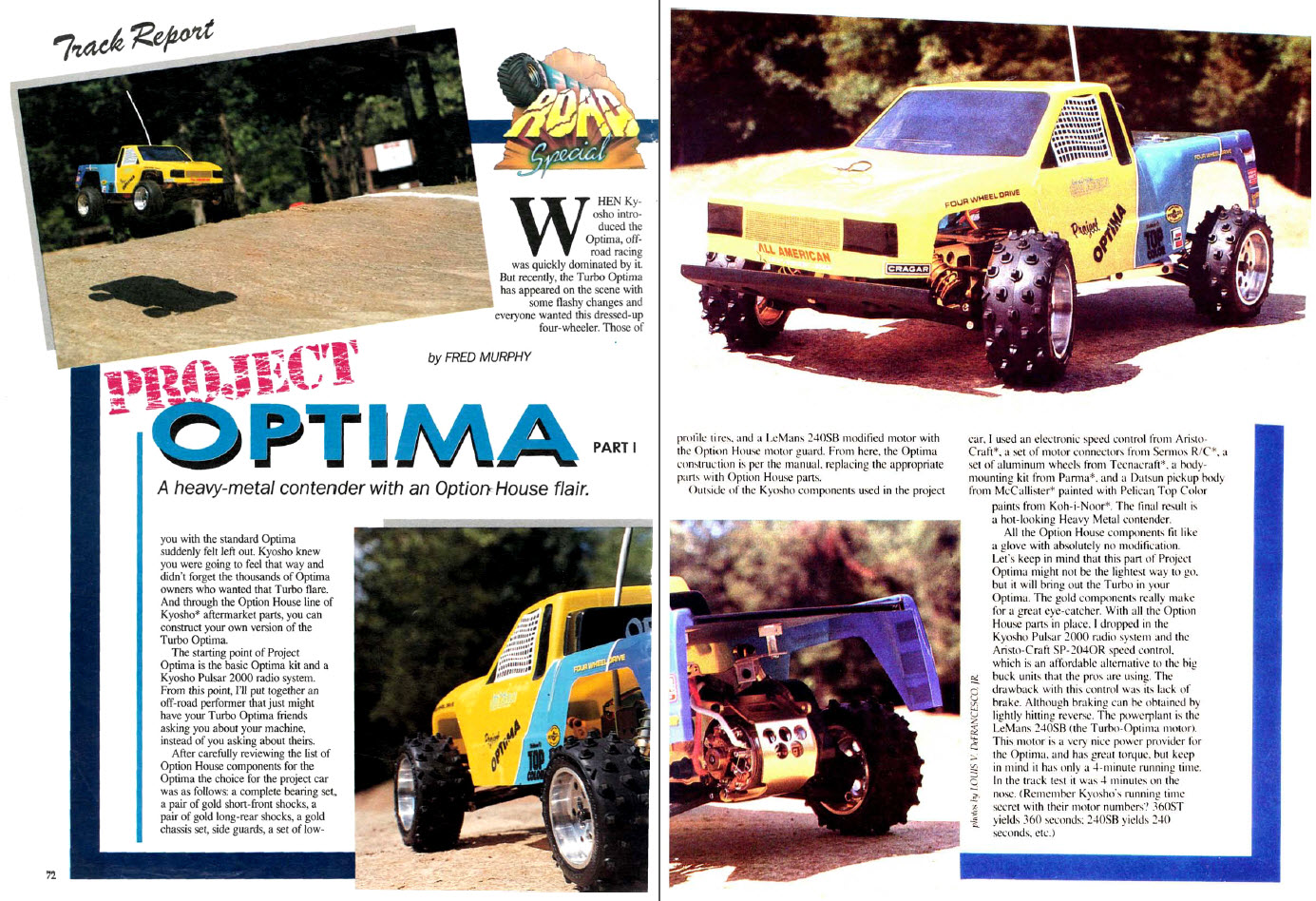 Here’s our Project Optima, dialed in with a bunch of Option House gold goodies, plus a sweet LeMans motor and AristoCraft speed control–which probably made this a 25mph truck. 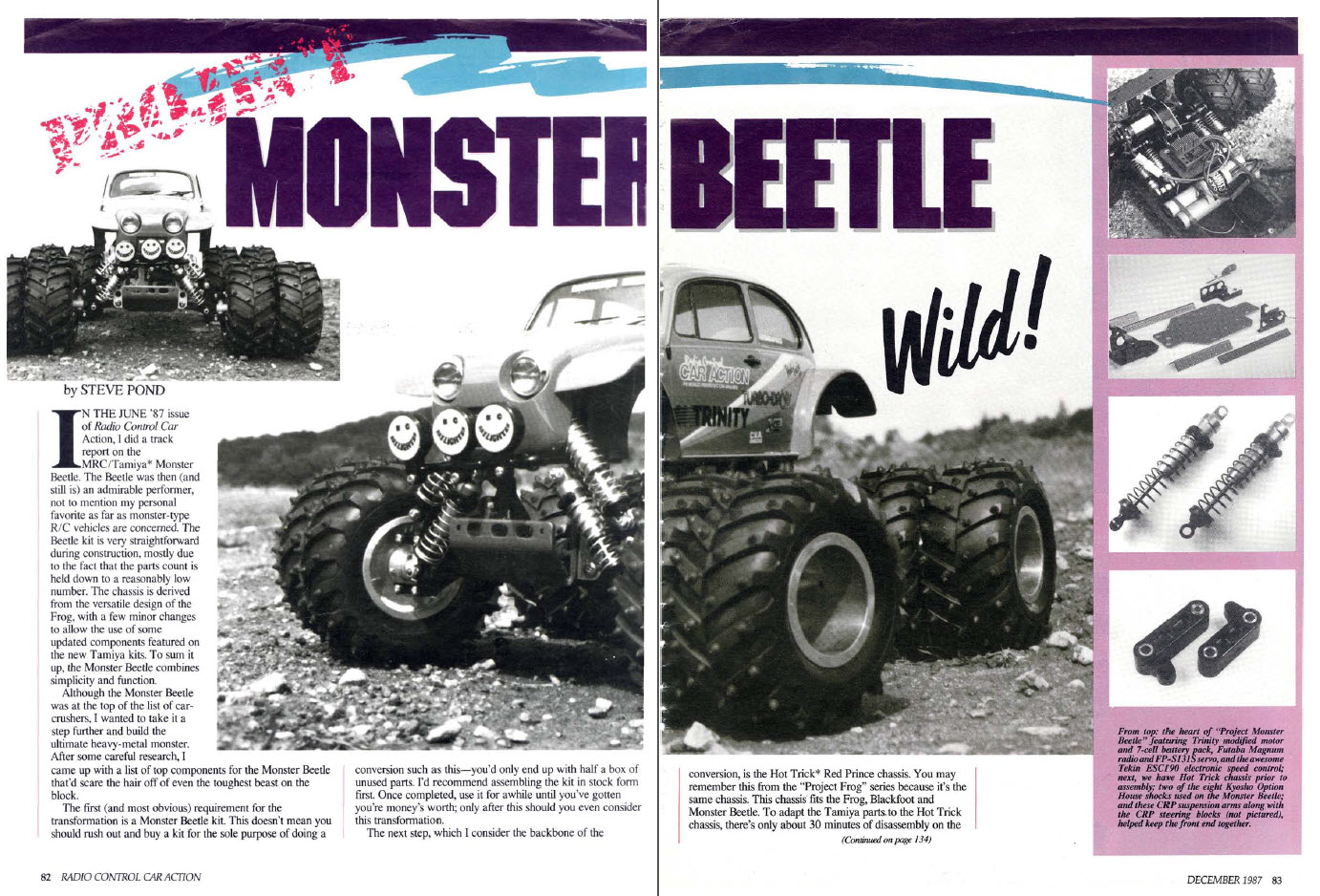 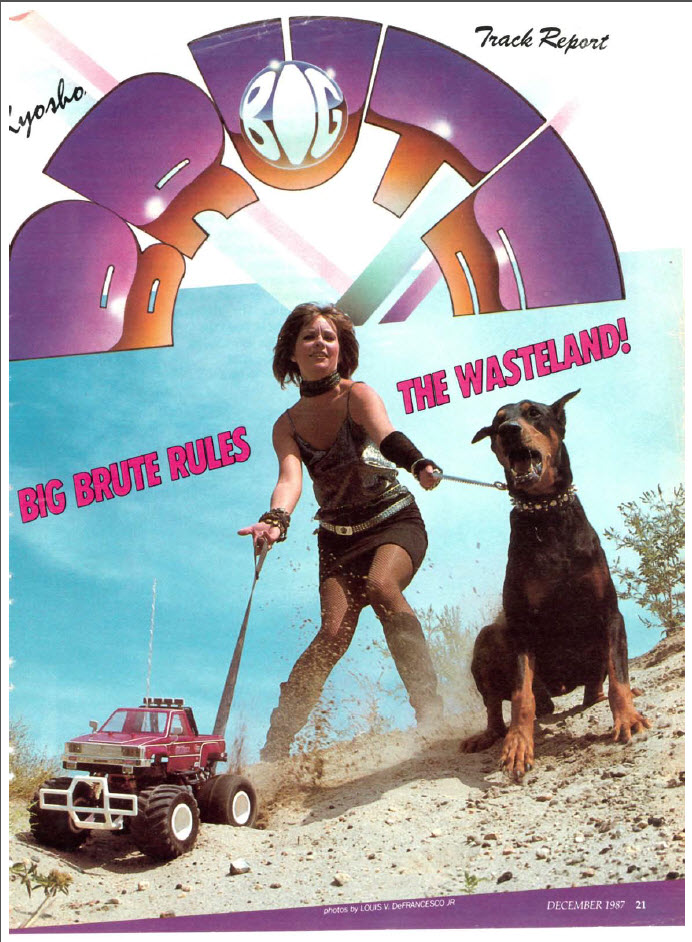 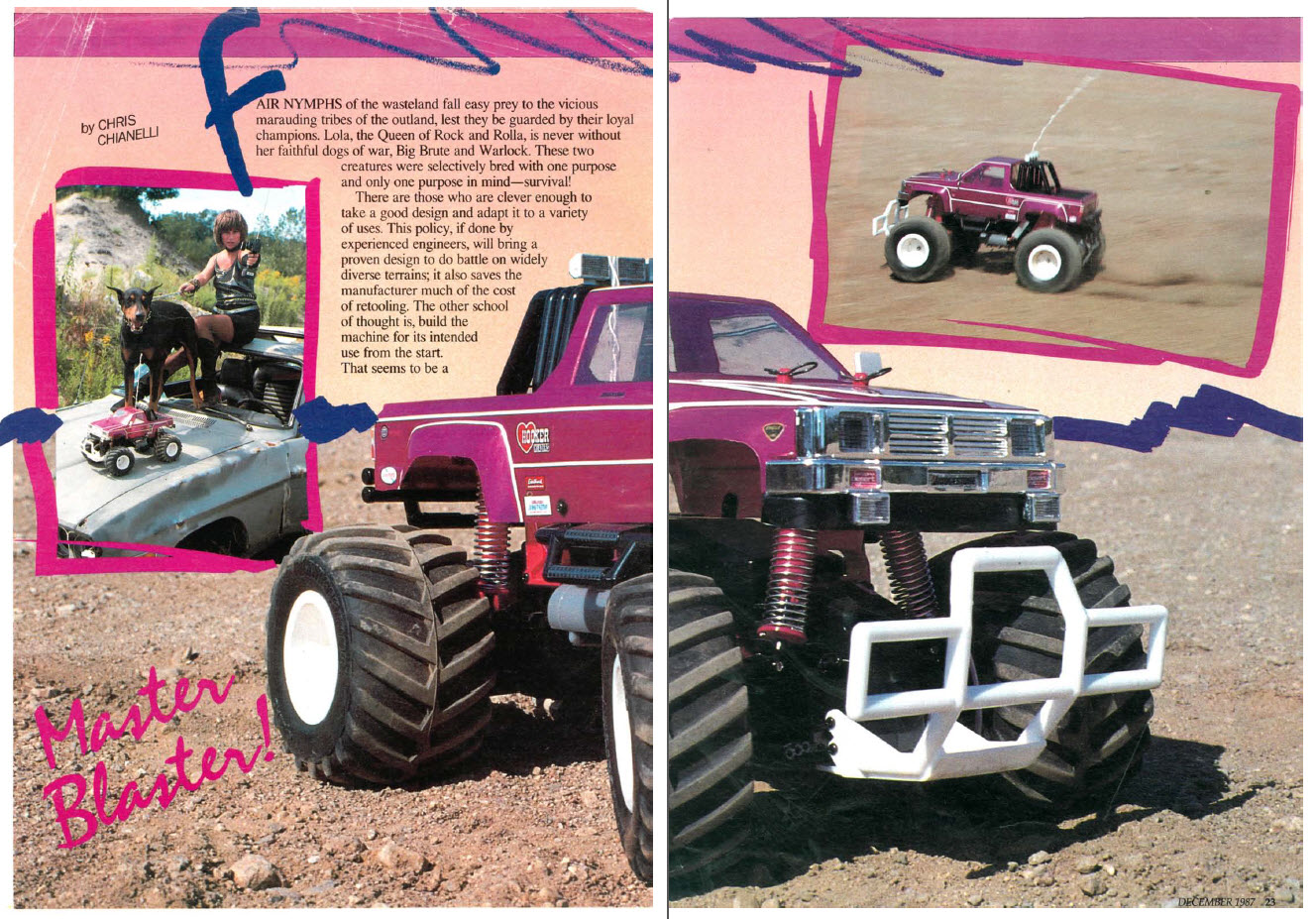 Kyosho’s Big Brute got a full review from Chris Chianelli, complete with wacky Road Warrior-meets-music-video-vixen opener shot. “Put the truck on a leash! It’ll be great!” 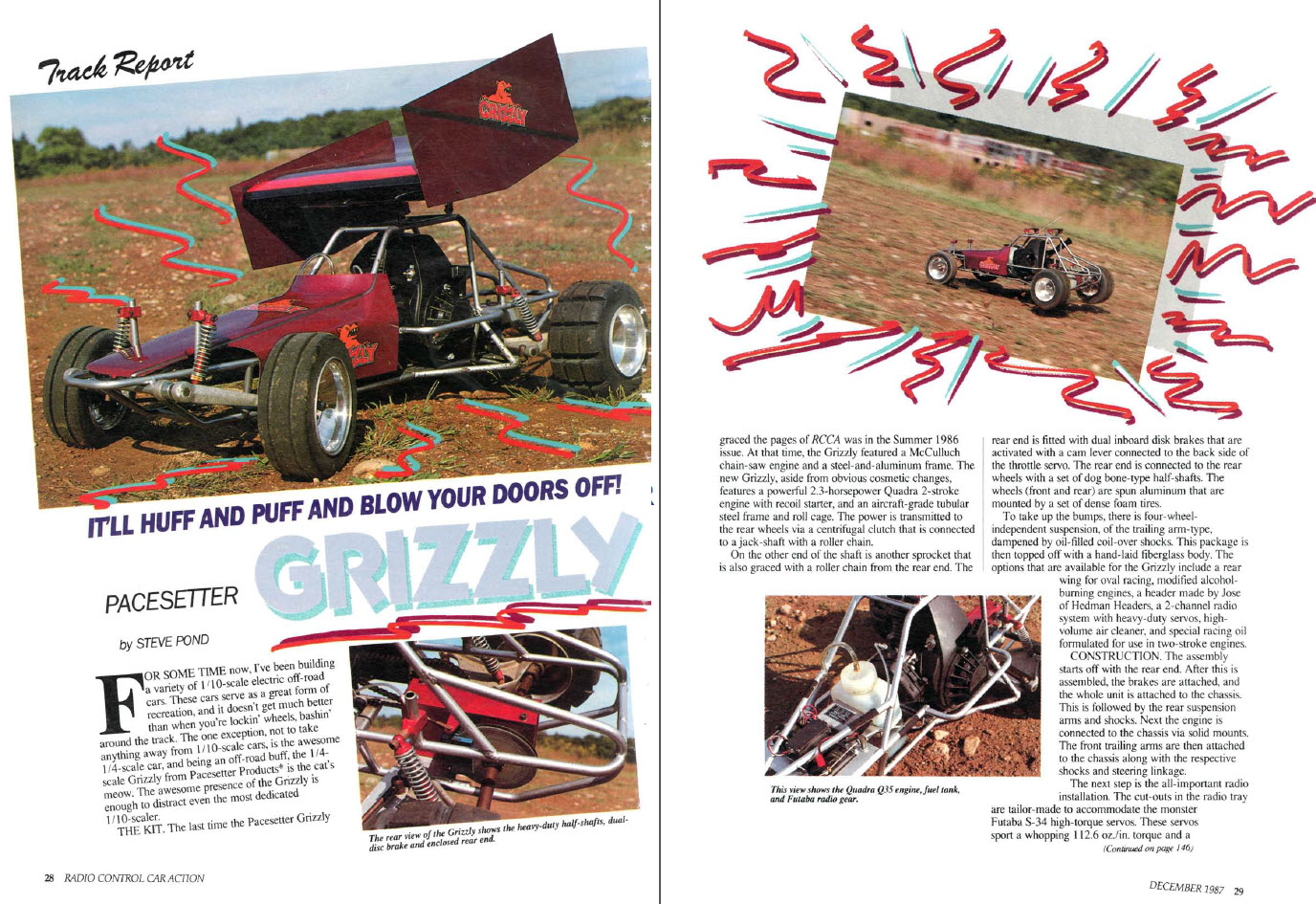 Whoa, a Pacesetter Grizzly. This big rig isn’t 1/5 scale, it’s quarter-scale! Well, most of it is, anyway. Those shocks, not so much… 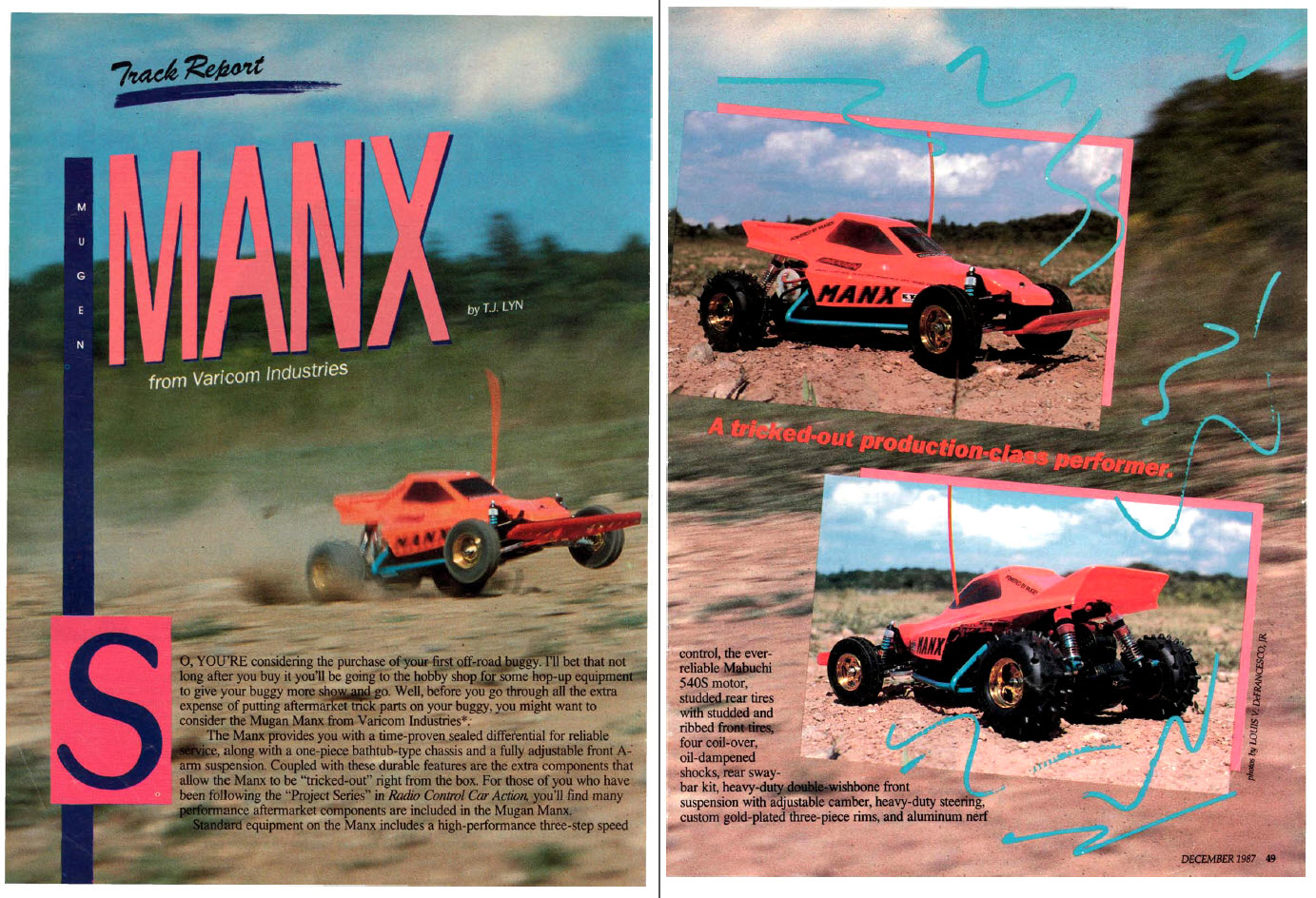 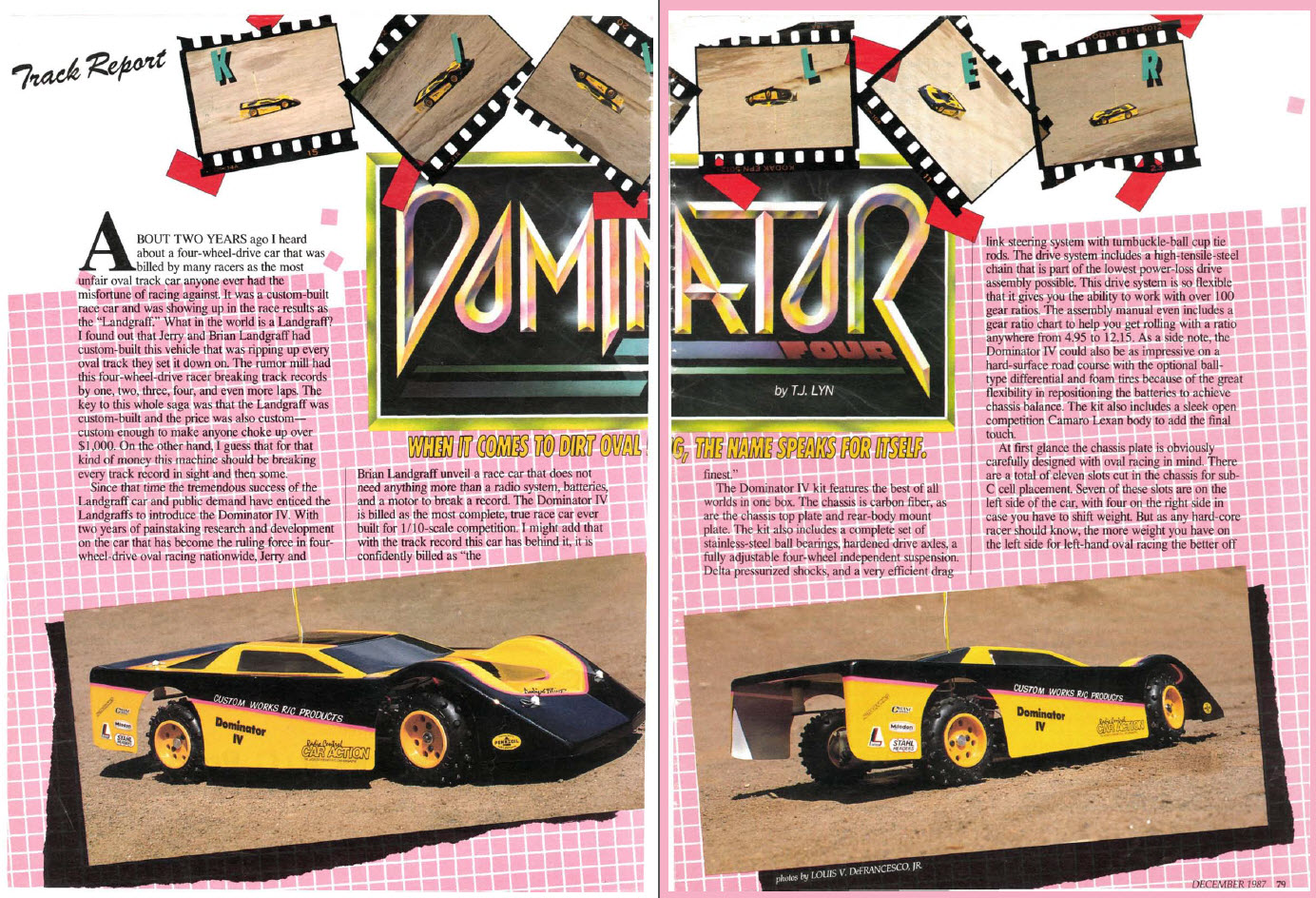 Dirt oval was going strong in ’87, and the Dominator remains legendary to left-turn fans. 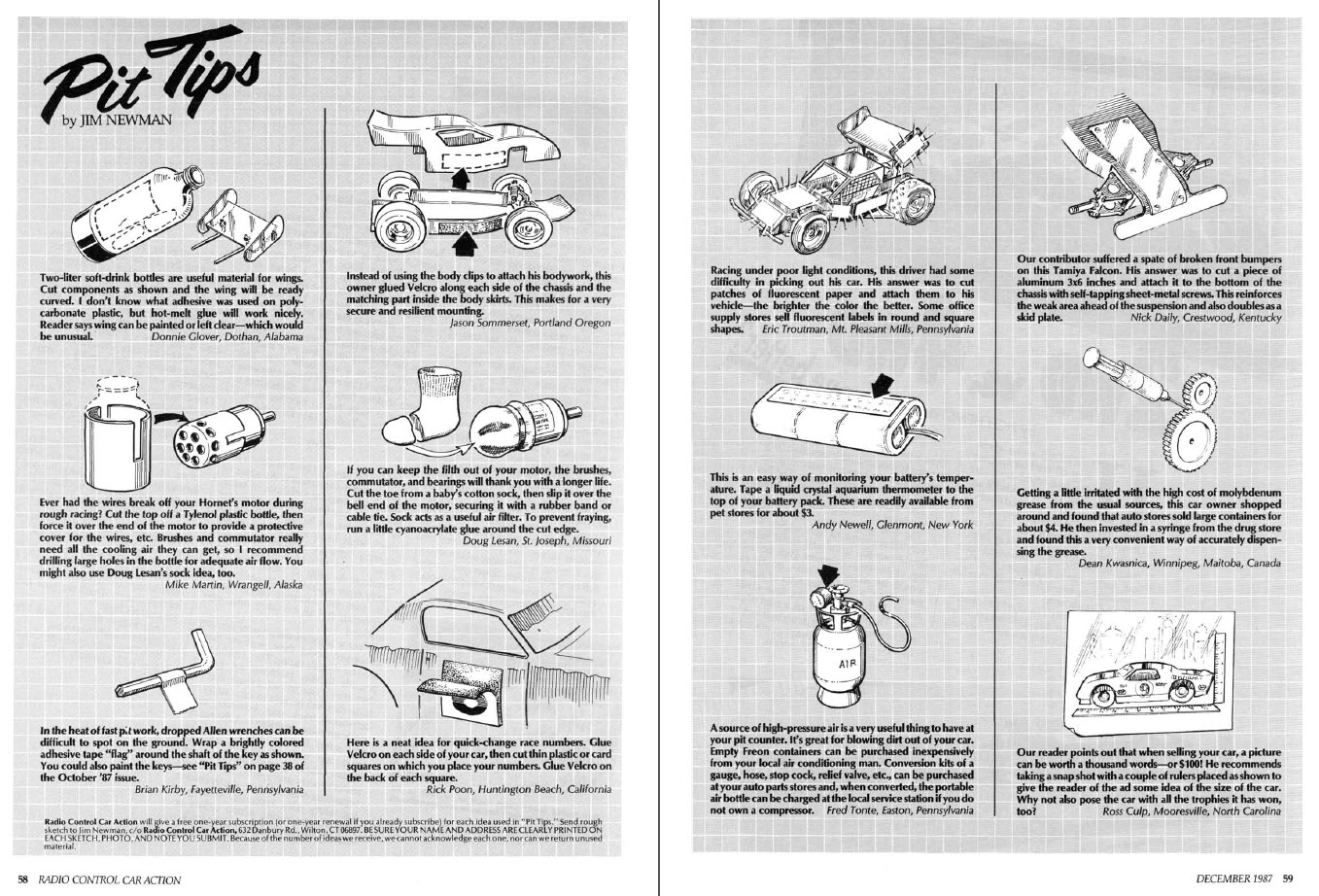 Classic Jim Newman Pit Tips, always a treat. Lots of recycling in this set of tips–we’ve got Tylenol bottles, old socks, and Coke bottles in action!