Contact RC are pleased to announce 2 additional top international drivers to our line up for 2011.

Michele Romagnoli was 5th at the last European Championship 1/8th in Locorotondo 2010 and finalist of the last pre Worlds in Miami. After testing Contact Tyres decided to use our tyres from now and at the World Championship in Miami in a couple of weeks time. Michele will also sell Contact Tyres also in his shop MODELLISMO ROMAGNOLI.

We look forward to a successful 2011 with our drivers!! 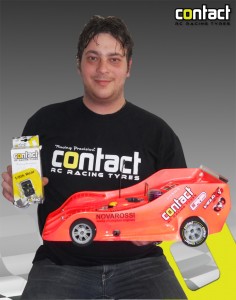