The Monster Energy Supercross series’ annual visit to Daytona International Raceway was once again a crowd-pleaser as fans filled the stands to watch the world’s best riders endure a challenging track that required as much stamina as it did skill. The night’s big winners were both Kawasaki-mounted, as Pro Circuit/Kawasaki/Traxxas rider Blake Baggett scored his first win of the season in 250 East racing, and Ryan Villopoto took the win in the 450 class.

In the 250 Main, Baggett grabbed the holeshot and quickly gapped the field. His Kawasaki KX

250F crossed the finish line 15 seconds ahead of the second-place rider. The win marked Baggett’s third podium in as many races, and he was glad to be on the top step of the box. “I am really happy to finally get a win and prove that I am more than a third-place finisher,” said Baggett, who finished third in both previous rounds of 250 East racing. “I think this win feels almost as good because last year it was said that I only won because everyone crashed. Now I won by a pretty big gap and I hope people see that I am here to fight for the championship.”

Traxxas-sponsored teammate Dean Wilson was less fortunate in Daytona. After qualifying with the second-fastest lap time, Wilson got out to a mid-pack start and had a few moments in the opening laps where he lost time. He used the final 13 laps to move through the pack from 18th to finish eighth. “I am very disappointed with myself because I knew I had the speed to win,” said Wilson. “I can’t dwell on this race and have to keep going after wins. I will be working very hard this week to come out in Indy and do well.”

With his win in Daytona, Baggett has pulled within four points of the leader in the championship standings. Dean Wilson is just behind and only nine points down. “I won’t be happy until I have the points lead,” said Baggett. “That is what I set out to do this year and I am getting closer. The win has definitely given me confidence and I hope to keep going after wins.”

Traxxas congratulates Blake Baggett on his win, and the entire Pro Circuit/Kawasaki team on their hard work and another well-earned victory.

Based in Plano, Texas, Traxxas has been building the world’s fastest Ready-To-Race® radio controlled vehicles for over 24 years. Traxxas models are sold exclusively in Hobby Stores, 4-Wheel Parts, and Pep Boys. 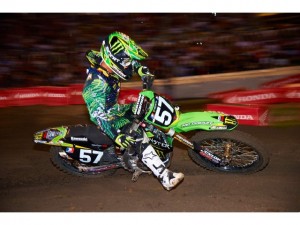 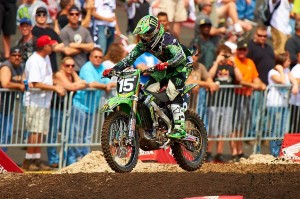 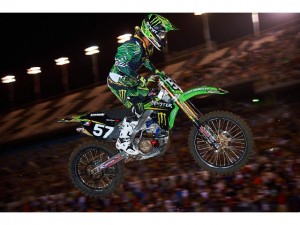 The post Blake Baggett Dominates Daytona to Take His First Win of the Season appeared first on RC Car Action.