When Eddie wanted to doomsday-prep his Traxxas Summit, he made a visit to his buddy William Wegman from Amarillo hobby house in Amarillo Texas! Pro-Line’s Apocalypse body sets the tone, but they decked out the accomodations for the end-times with a full interior from a scx10. To help visibility in radioactive dust clouds and such the truck got a full light set: a pair of 3-inch LED lights on roof rack sides and 4-inch LEDs on the front and back — all from RCHQ. Custom green LED’s running on a separate 3S battery have two switches to turn on and off. The truck also wears full under-armor from T-Bone Racing, and a Mamba Monster system provides power and it sports rock-crawler tires. For extra firepower they mounted a scale gatling gun on top initially, but it took a beating during hard running so Eddie removed it later. The paint is flat gun metal applied on the outside to knock down the shine and allow it to get some Armageddon-apropriate trail rash.

Want to see your machine here? Send photos and a description to readersrides@airage.com. Be sure to send the full-size photos. If that bogs your email, use WeTransfer–it’s easy and free.

For tips on photographing your car, watch the video at the bottom of the page: 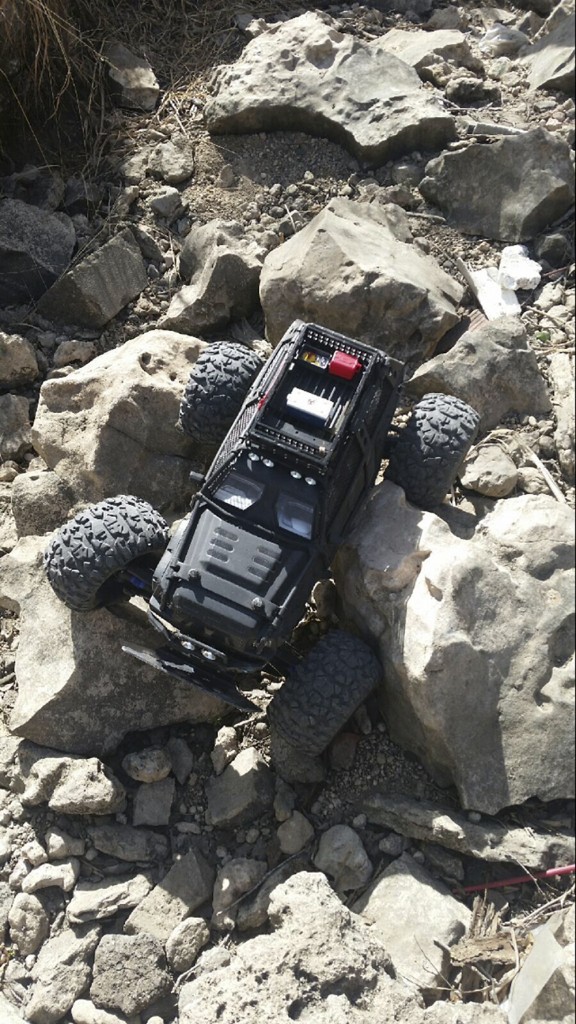 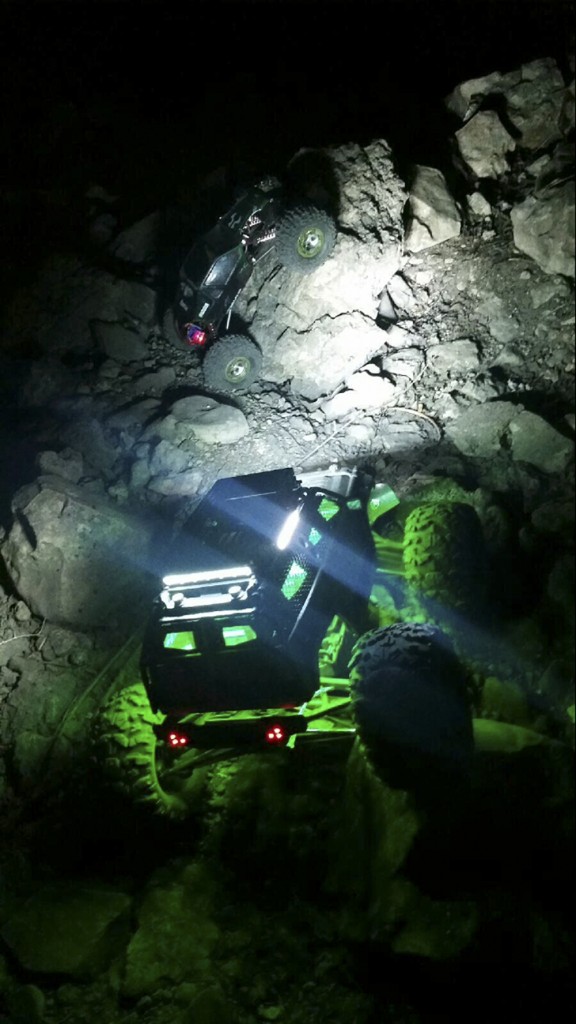 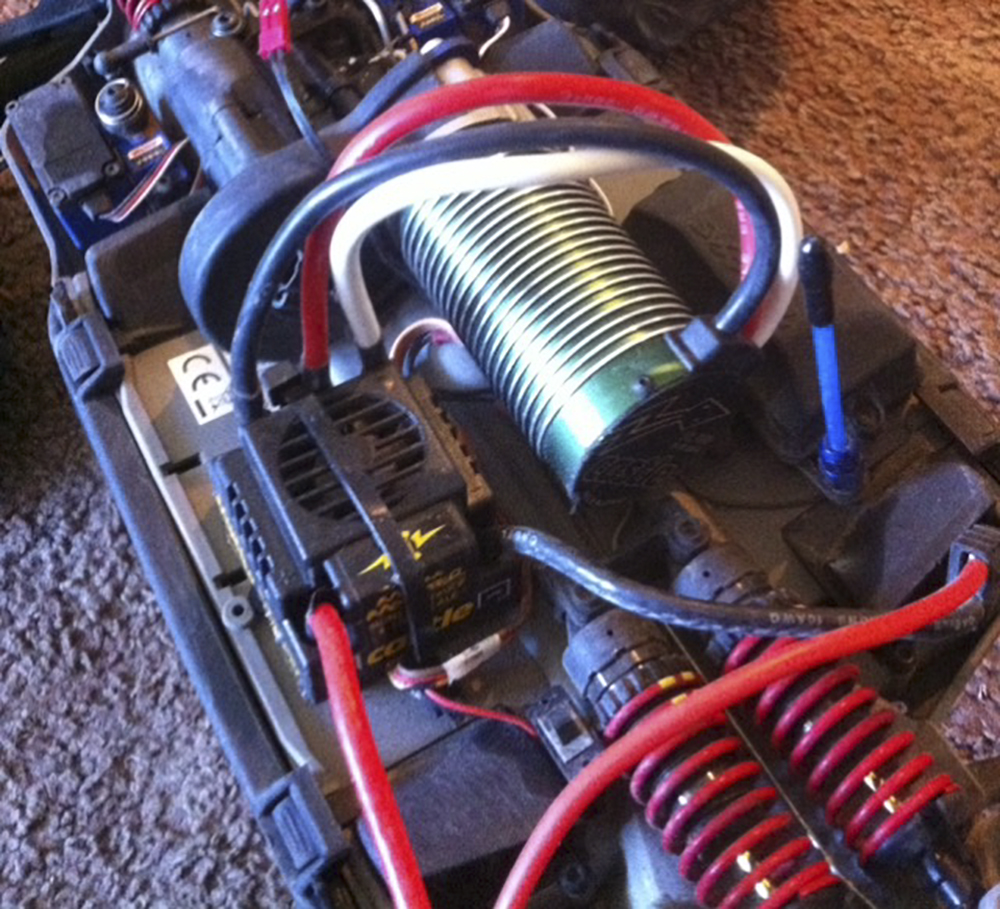 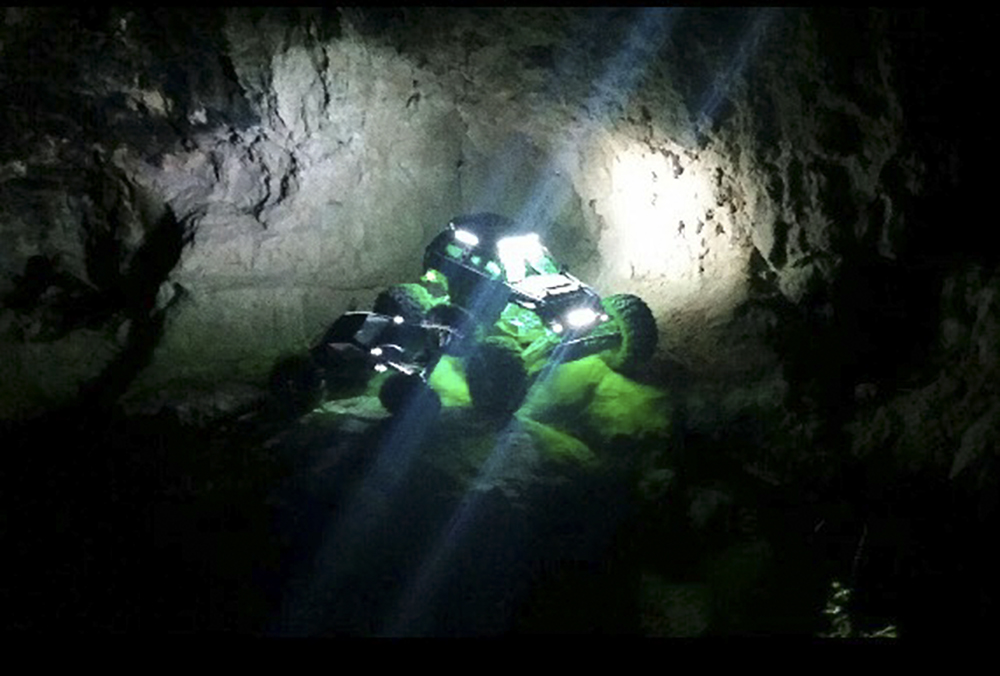 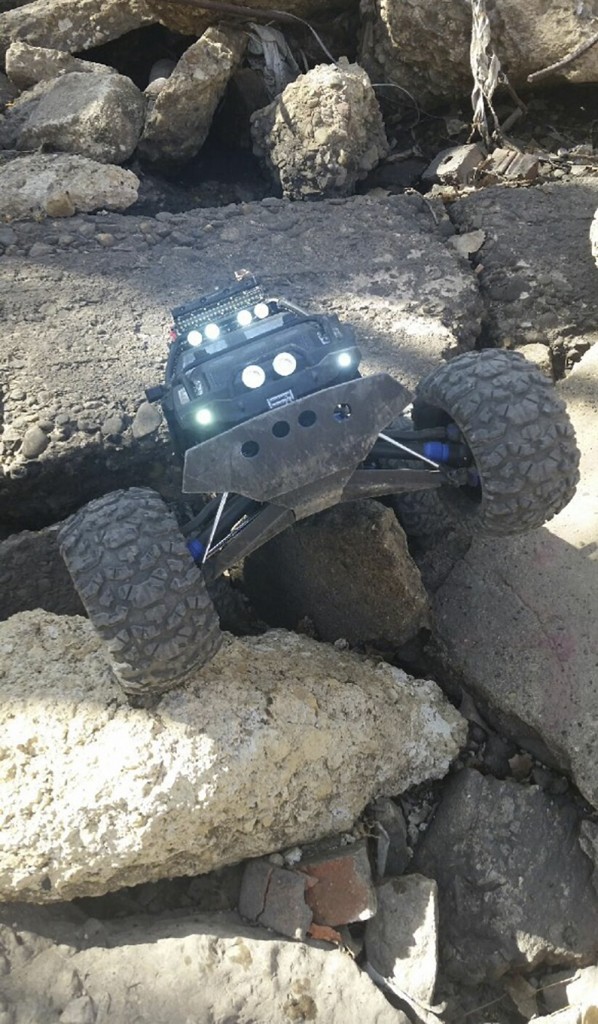 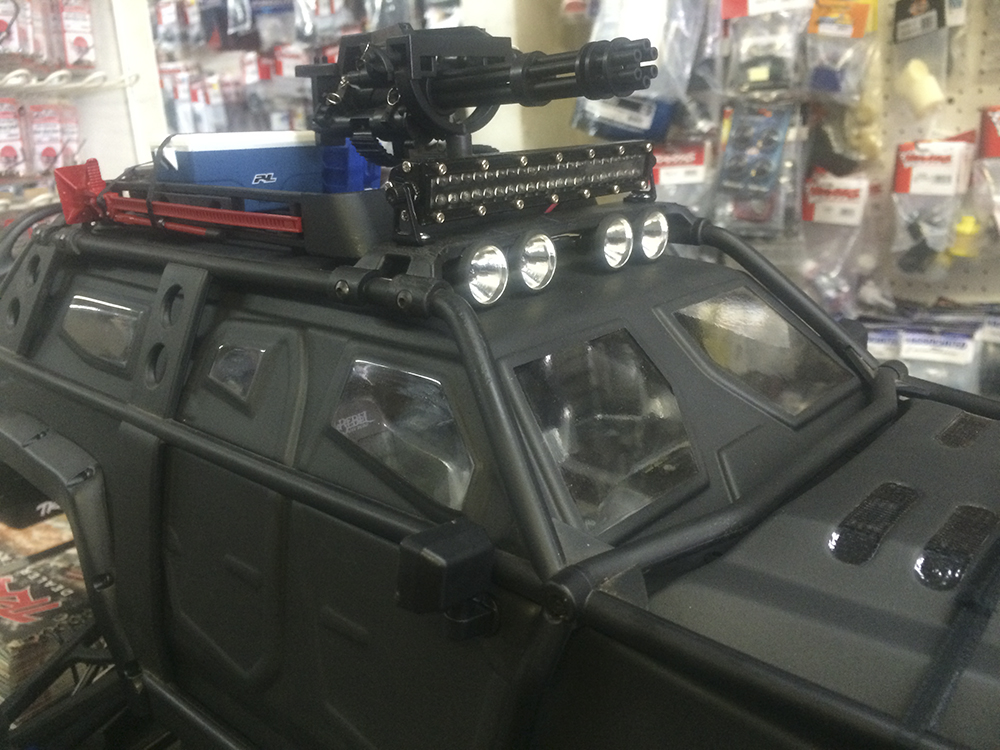 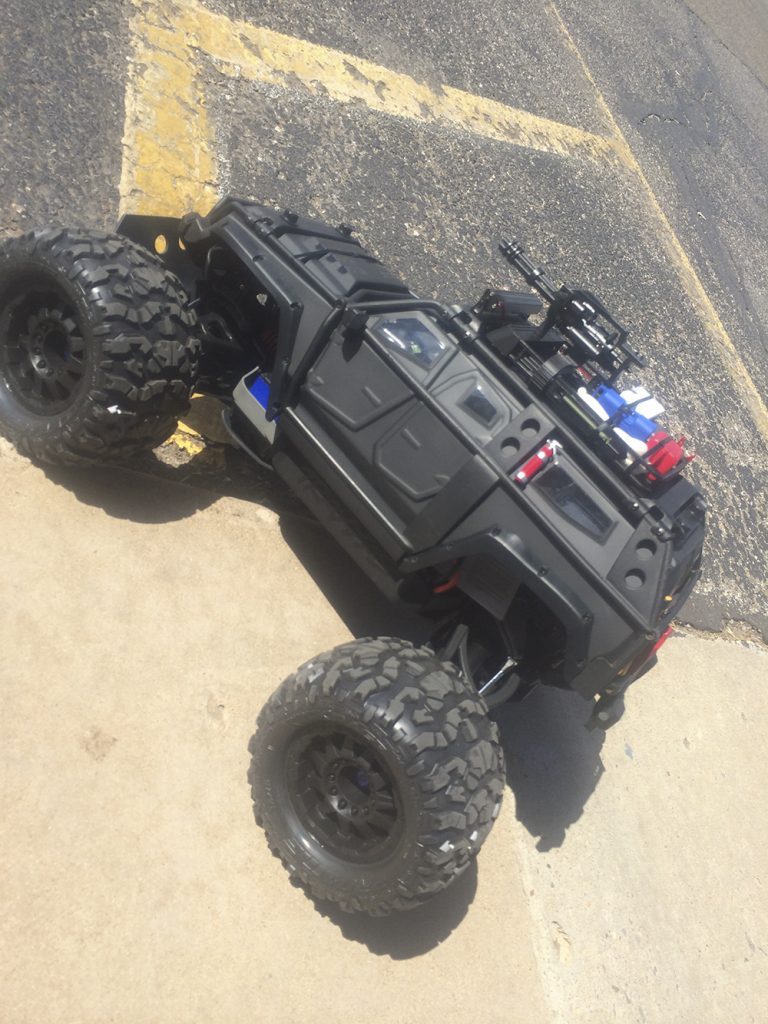 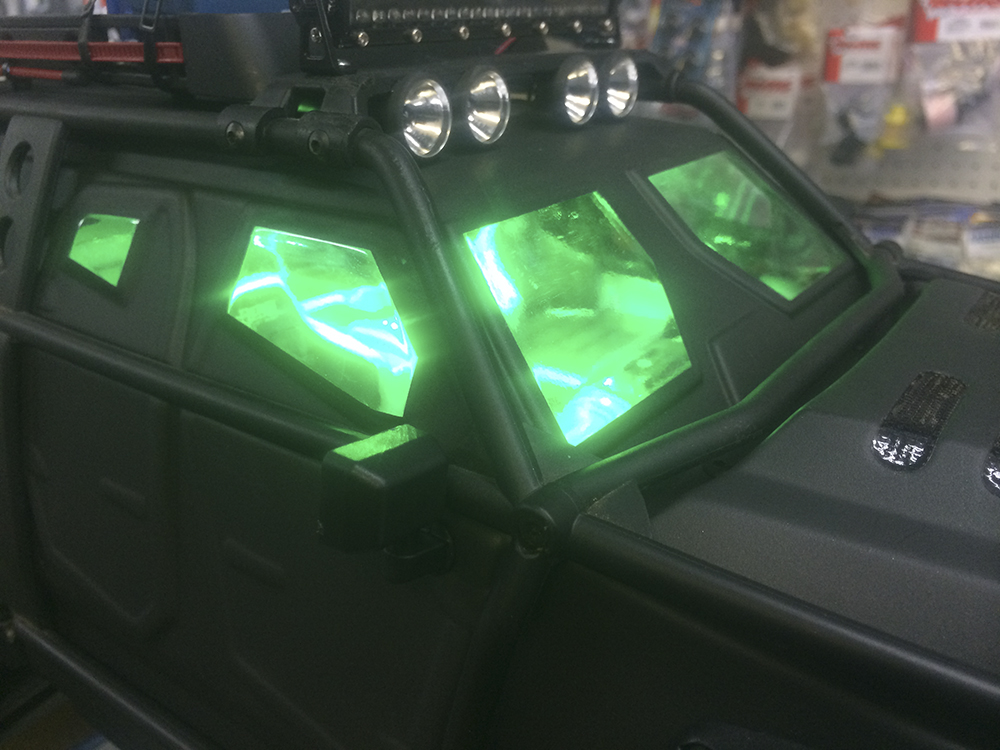