The Reedy Race always focuses attention, and one thing that caught ours was the new Tamiya M07 Concept being displayed under the Tamiya tent. Officially scheduled for release June 25th, of 2017, this car will carry on the long tradition of fun cars that are enjoyed by passionate racers who enjoy TCS racing. A 1/10-scale, front wheel-drive sedan, this car has lots of cool features while maintaining scale geometry and impressive handling. Fred Medel from Tamiya explained that the car was designed by a passionate TCS racer in Japan who joined the company about 20 years ago. He designed the TA07, which is a modular plastic construction design, so when his boss tasked him to design a new M chassis, he remembered from his racing days and playing with the original Minis that it was not a great thing since to be competitive you had to know a lot of inside “voodoo” knowledge to get them to work. Those older designs were made from ABS plastic, and were really designed for fun use, but since he was a racer at heart and knows suspension, he wanted to design something for people who also want to race in the class to be able to set it up easy and will have a big tuning window so that it works most of the time. He used his knowledge from the TA07 and applied it to this design. The older Minis could be configured short, medium or long by inserting a center piece, but he feels that compromises too many things. With this design, by flipping the rear arms, a medium or long version is attainable. The car is entirely new and uses fiberglass reinforced plastics that are stiffer and have much higher tolerances. The car will also have hop-ups available when it is released. It does come with full ball bearings, an aluminum motor plate and fluid filled gear differential, and the other items on this pre-production car are hop-ups. Let’s take a closer look. 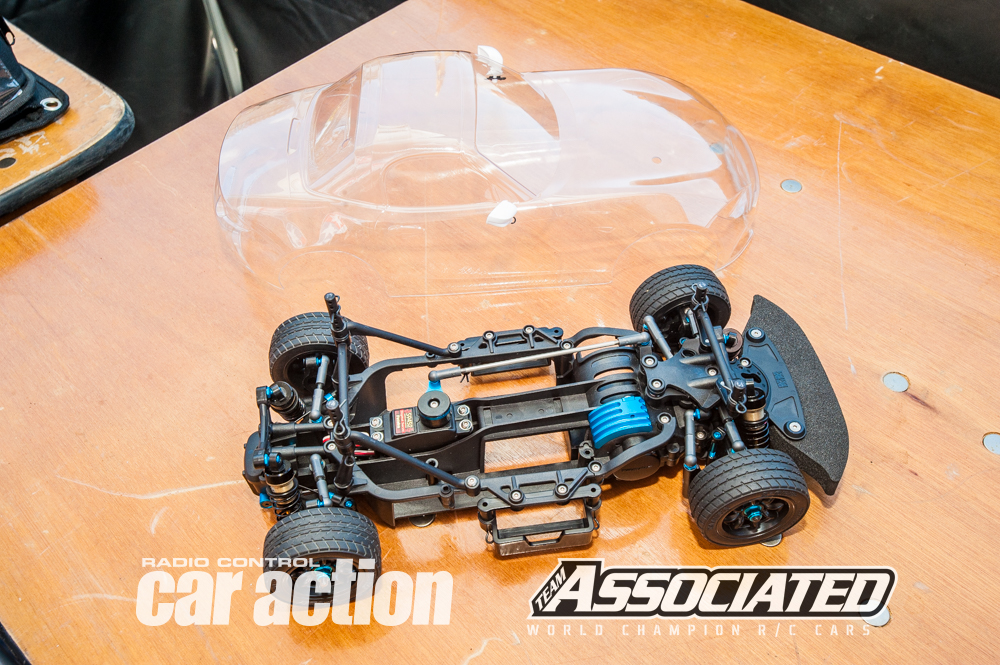 The M07 Concept is based off the M class chassis that started around 1991 with the M01 that had a Rover Mini body. Then there was the M02, M03, M04 (rear wheel drive), M05, and M06 (also rear wheel drive). This new M07 Concept kit doesn’t come with a body, but a Mazda MX5 is suggested for those interested in racing. 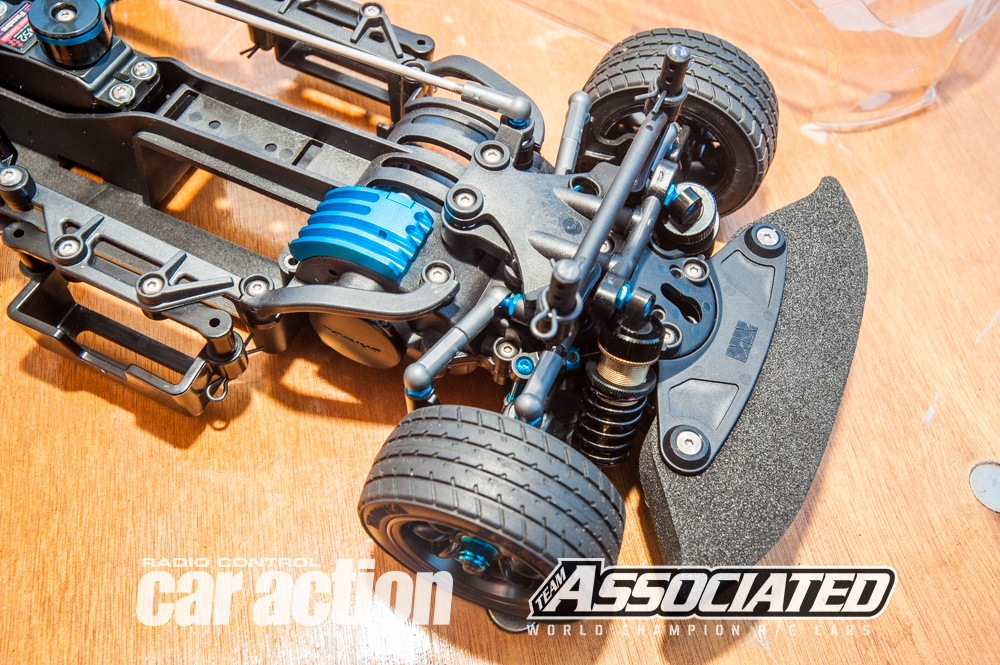 The M07 Concept is front wheel drive with the motor placed far forward. The blue aluminum heatsink is an optional hop-up. 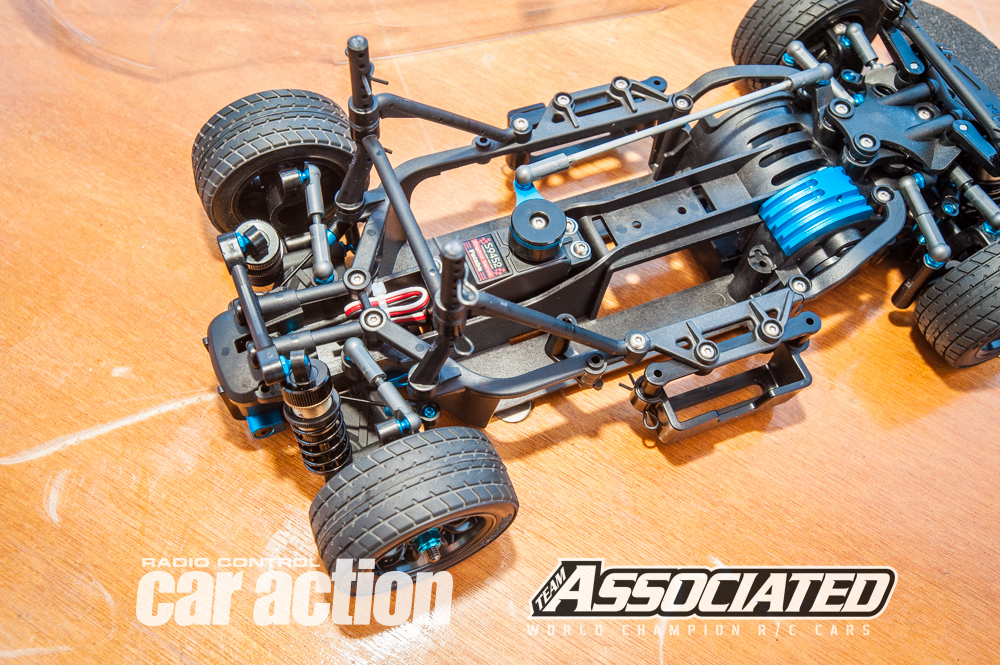 The steering servo is toward the back with a long link to the front. 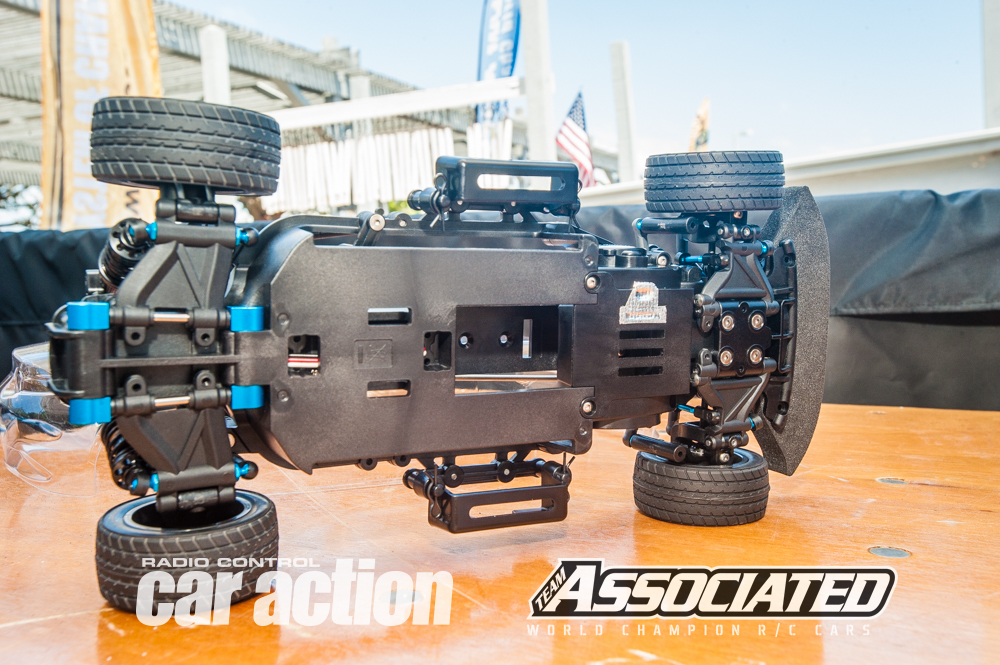 The chassis is designed to be very flat and resist tweaking. 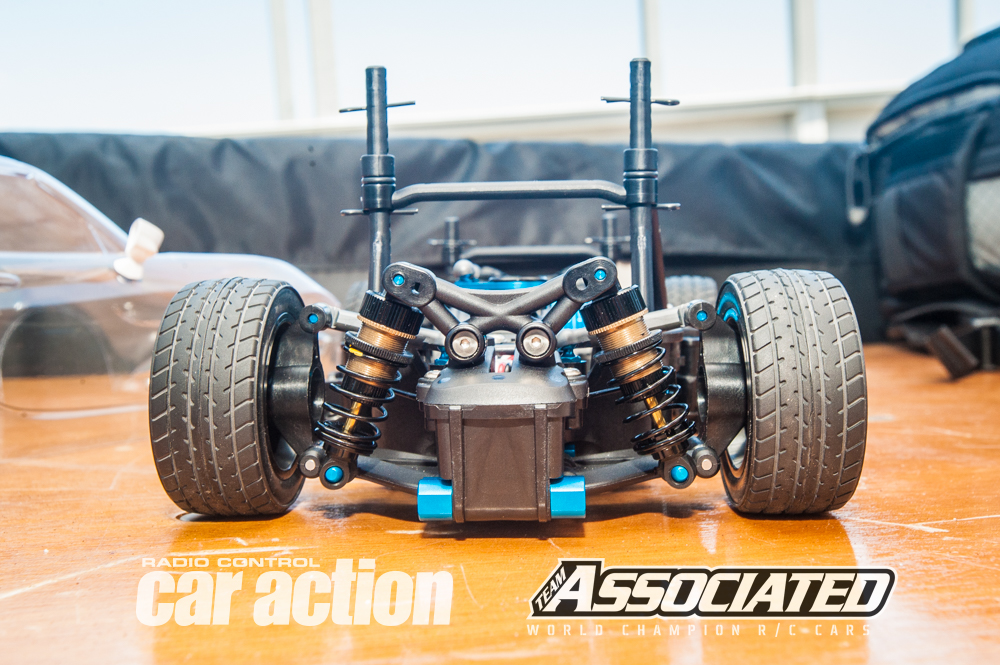 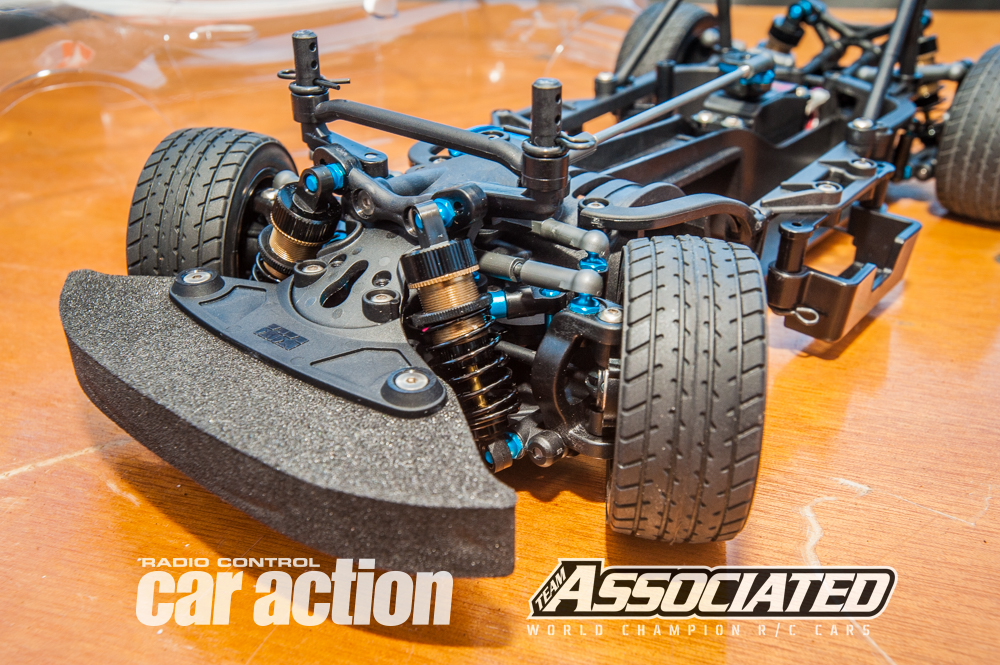