The first day is completed at the 2017 Reedy Off-Road Race of Champions and the top Invite drivers are showing their experience and speed. The Reedy Race has a well-deserved reputation for exciting racing for the viewer, and it seemed only fitting to witness the best race in the last heat in the final (fourth) round with the 4WD buggies going at it. In that race, the lead changed hands multiple times, with TLR’s Dakotah Phend coming out on top. His TLR 22-4 has impressive corner speed and he seems to be able to put it wherever he needs to at any time. However, it wasn’t that simple, and the beginning of the race saw him chasing Team Associated’s Dustin Evans around the track with Evans closing the door on numerous occasions, holding off a confident Phend who was doing his best to stay patient and wait for his opportunity. He finally found his time, but Evans responded and took the inside line going on to the straight, but a subsequent tangle sent the duo back and opened the door for Kyosho’s Tebo, Team Associated’s Cole Tollard and Alex Kosciuszek to get in the mix with Kosciuszek at one point up front. But, Phend’s corner speed and lines were relentless and it was only a matter of time before Kosciuszek caved in to the pressure and let Phend get his needed win and overall lead. Yep, Friday was exciting indeed, but there’s still plenty of racing and as Saturday approaches, it will include two more rounds of 4WD to complete the class with 2WD to follow. Keep in mind, there are some top drivers who have run in to some issues, including Yokomo’s Ryan Maifield who stripped an idler gear in Round three, and he and others can still throw out the lowest scoring round when tallying up the final tally for the overall. 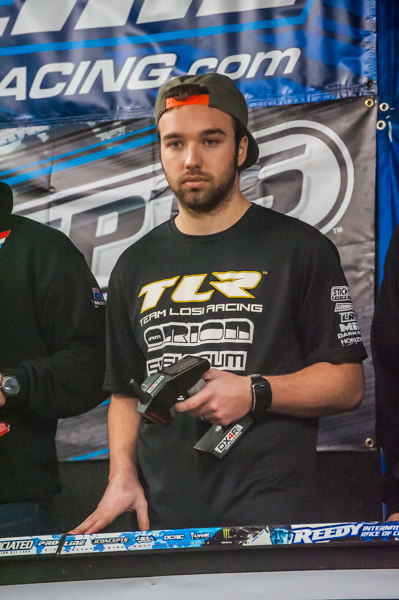 Dakotah Phend leads after the first day of racing with a TLR 22-4 buggy showing great corner speed and stability. 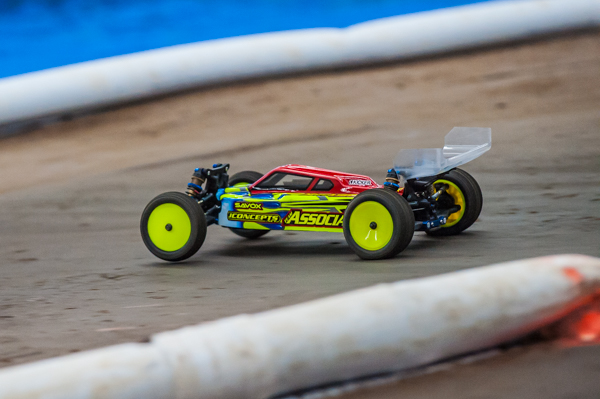 Team Associated’s Ryan Cavalieri is showing his reputation for speed and consistency and is sitting in striking distance in points. 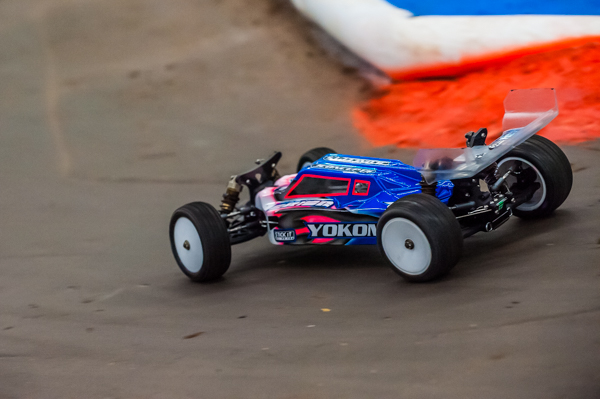 Yokomo’s Ryan Maifield is sitting fifth overall, but a idler gear failure in Round 3 masks his potential at the event.