With three rounds in the books and one to go, qualifying is heating up with hopes slowly dashed among some, panic setting in for others and smiles for a lucky few. One driver who is putting in a dominant performance is Team Associated’s Ryan “Pudge” Cavalieri. He’s locked down TQ in 4WD buggy and leads in the other three classes he’s running including 2WD buggy, Stadium Truck and Short Course Truck. With a sizable lead and only one round to go, it would be a good bet to assume he’ll take the TQ in the other classes. 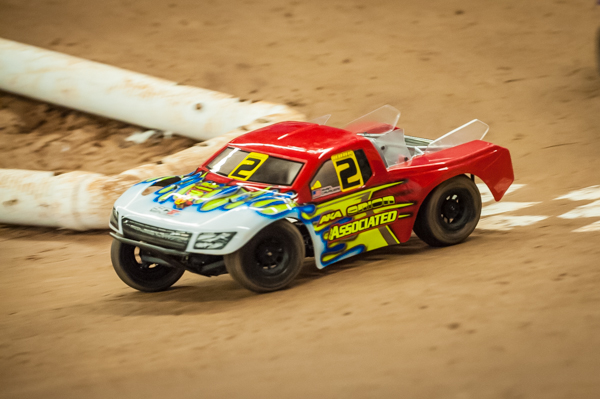 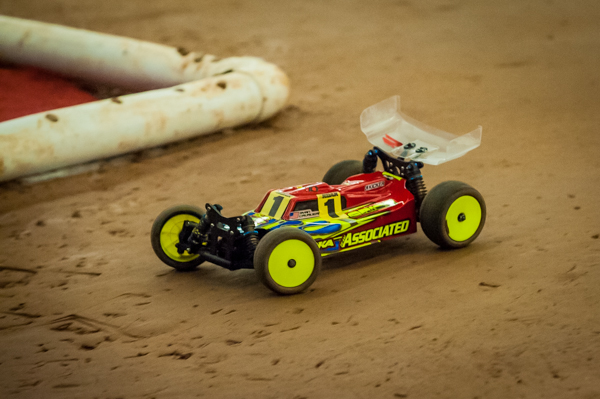 Ryan pushing his Team Associated B44.3 to TQ position.