Like any big event, there’s all sorts of interesting things to see. Sometimes it’s a new tuning item drivers drool over, other times it’s a product that’s at the forefront of technology and other times it’s simply something that’s just plain cool. The 2015 Pro-Line Surf City Classic is no different and with camera in hand, I walked around the facility and pointed my camera at various items. Check it out.

First seen at the 2015 ROAR Electric Nationals in Arizona, JConcepts has now released their new polycarbonate molded front wing. Officially named the “Finnisher,” this front wing is designed to work on the B5 flat arm version front shock tower with dimples that line up to the shock mounting holes on the tower. However, use hasn’t been limited to Team Associated buggy owners, and TLR drivers Ryan Maifield and Dakota Phend are among many who have adapted it for use on their buggies with favorable handling results- usually a settling down of the front tires, and in result, more consistent steering. But, just when you think things couldn’t get any stranger, some are even trying it on their 4WD buggies. Yep, it seems a high percentage of drivers are drinking the “Kool-Aid” of this new trend and it is predicted to continue to gain momentum across the classes. 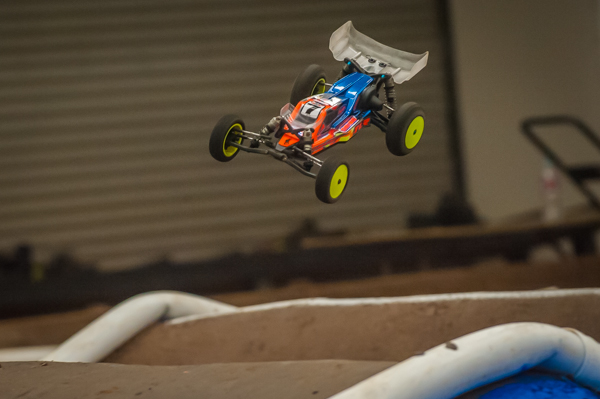 TLR’s Dakotah Phend is one of many drivers using the new front wing. 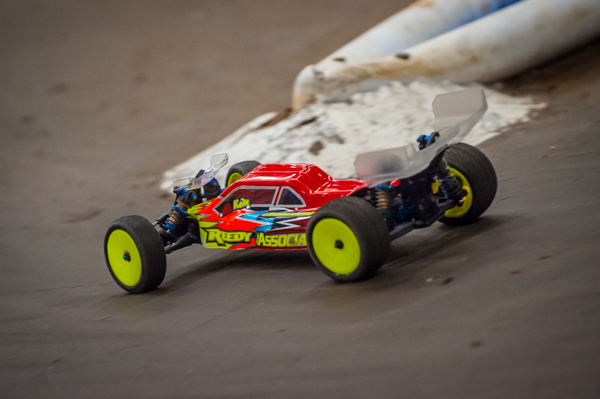 Team Associated Driver and Engineer Kody Numedahl has been a big believer in a front wing and feels that soon they will be very common. 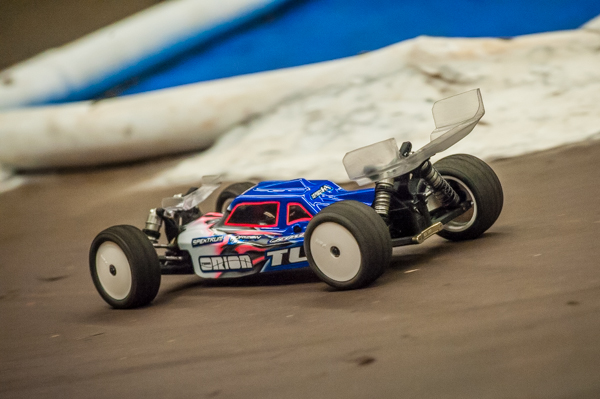 Spotted in the pits was a new tire from Pro-Line. This tire is so new that even the sidewalls don’t have production labeling. However, Pro-Line’s Team Manager Daniel Adams explained that the official name is the Micron and will initially be released in MC and X2 compounds. The tread is fairly low and is obviously intended for high-bite conditions. 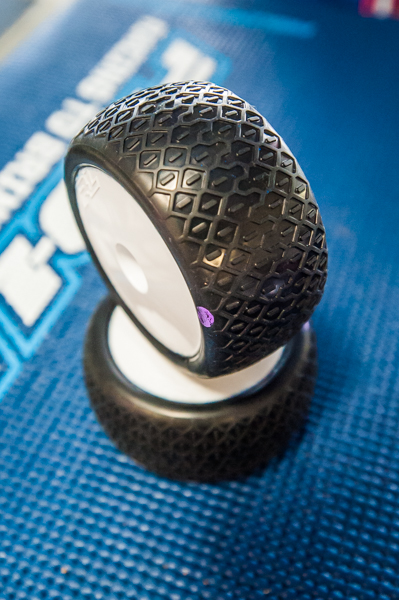 The new Pro-Line Micron is being debuted at the event.