Well all four rounds are in the boxes and I’ll save you all the gory details for a second. Ryan Maifield held on to TQ Buggy and Jared Tebo took TQ in Truggy. The track surface broke up more as the fourth round went on, challenging drivers to buckle down and push hard if they were going to challenge for the pole.

Up first was the Truggy class for round 4. Tebo took TQ in the first 2 rounds all but locking up the top spot for good. After being disqualified for being underweight in round 3, Ryan Maifield looked to round 4  if he were to stand a chance of taking top honors in both classes but fell short as HPI’s Ty Tessmann pinch Ryan off by just 1sec. Behind Tessmann and Maifield, Q3 winner Ryan Lutz finished third with Tebo in fourth giving him enough points to lock up the pole for tomorrows main. The Truggy A Main is up for grabs after two days of battling. According to Maifield, his DQ was a mis-queue in prep the that team, along with the handful of other drivers that were DQ’d for the same, will be prepared for tomorrow and Jared may very well have his work cut out for him when the field takes the start of the A Main.

In the Buggy class Ryan Maifield returned strong, winning Q4 for a 3/4 performance and overall TQ. Behind him, Ryan Cavalieri will have to race his way to the 2 spot tomorrow. Over the two days of qualifying, the Buggy class has struggled with the track conditions and attrition and tire wear could pose a threat to those who sit at the top of the list. Being able to run long between pit stops and save tires could make up the difference for some farther back and the field. Could we have a wolf in sheep’s clothing amount the Buggy class? Only tomorrows performance will tell. What can be said is that a field this close and competition this fierce, a smart race plan, and careful, well executed driving will be the key to sitting on top the podium. 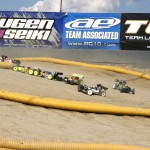 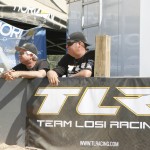 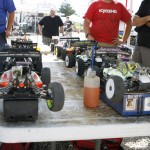 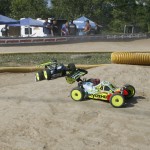 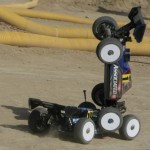 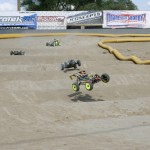