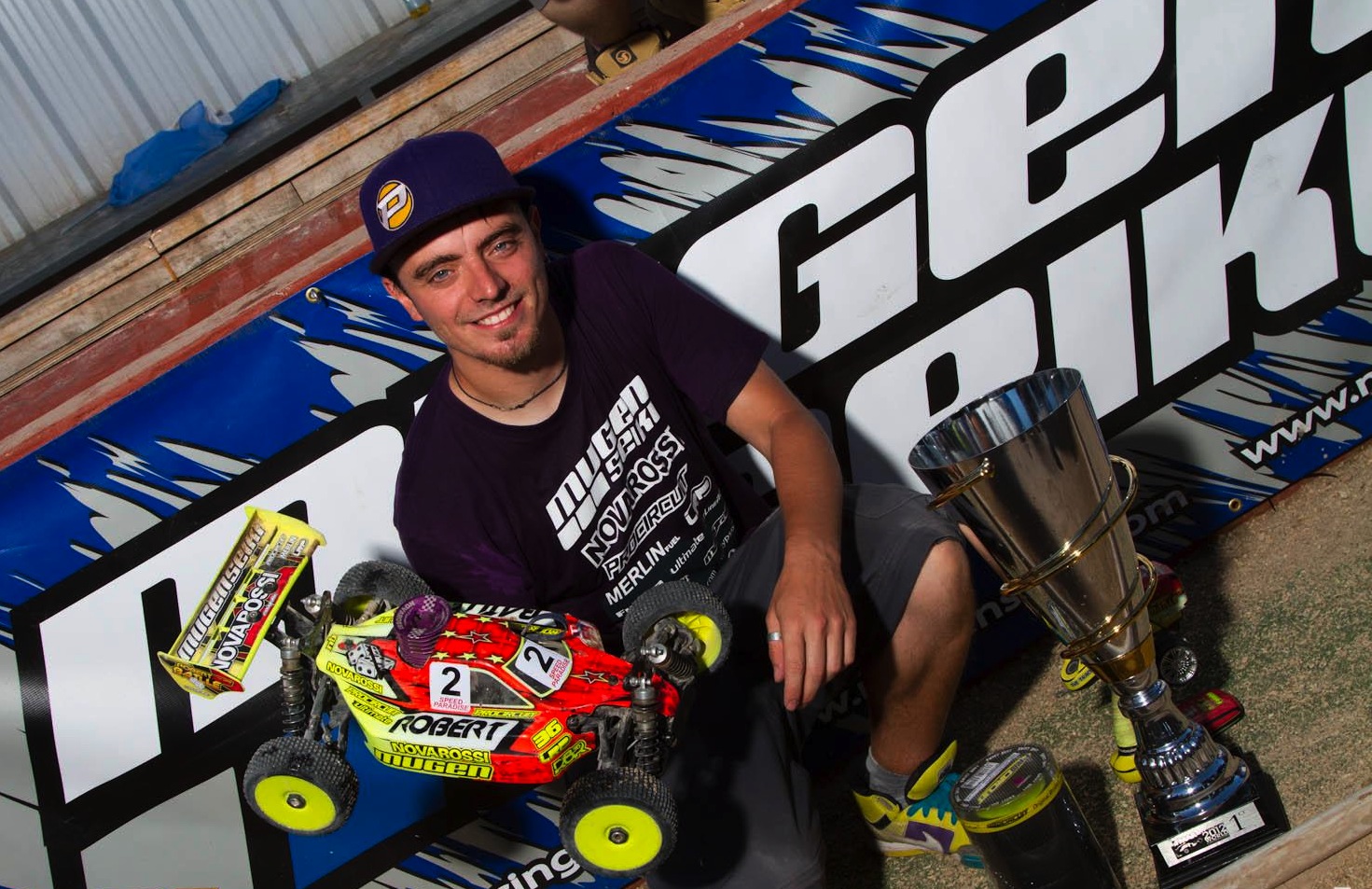 As engines fire and the crowd surrounds the track, the tension builds and the cars take their warm up laps for the 2012 IFMAR 1/8 World Championship. Gridding up, they go quiet and down the engines scream together at the sound of the tone for the 1 hour Final race. Off the grid, Canadian Ty Tessmann and Spaniard Robert Batlle get off to a clean start while, behind them, Ryan Lutz jumped from the starting spot to a stunning 5th place position on lap 1. By lap 5 however, as the duo of Tessmann and Batlle began to open up a lead, Lutz suffered a steering failure taking him out of the race. Keeping on his bumper until the first round of pits, Batlle was able to get the lead away from Tessmann as he tumbled on lap 12. From there it was all Batlle as the Spanish National Champion checked out with his all new Mugen MBX7 buggy. A quarter of the way through the race, with Robert out front, it was Batlle followed by Tessmann and Atsushi Hara who just got by Ryan Maifield for third. In fifth was David Ronnefalk followed by Tayler Petersen, Yannick Aigoin and Dakotah Phend. Cody King and Josh Wheeler rounded out the competition as Lee Martin flamed out and Ryan Lutz was off the track. As Batlle stretched out over Tessmann who stretched out over the rest of the field, the battle on the track was between Hara and Maifield for 3rd with Hara getting an average of 2-3 laps better fuel mileage than everyone on track. at the 20 minute mark. The race settled in for the following 15 minutes as the field ran laps down and began to cycle through pit stops. At the halfway mark it was still Batlle and Tessmann with now Maifield, who got by Hara when he went off the track, and then Aigoin rounding out the top 5. After a week of rain and the abuse of thousands of laps by buggies, the track was really starting to come apart and shadows of nearby trees stretched out across the track giving drivers a new challenge as the afternoon and the race began to wind down. At lap 50, Maifield was still leading Hara but Atsushi was not to forget that he would have to pit one less time; taking 3rd back would be inevitable for 2010’s runner up. Inside of the last quarter of the race, Batlle was just waxing the field putting all the way up to 4th place Maifield a lap down. It appeared that his amazing run would end with him lapping all the way into the podium finishers. As the final 5 minutes of the race came to a close, Batlle tip toed around the track looking for clean lines and singling the jumps on his final laps. With a substantial lead over Tessmann of nearly 30 seconds he could afford to take his time and ensure the championship. At the 3 minute mark both the leader and Tessmann came in for final pit stops before heading out to settle the championship once and for all. Last lap, Batlle taking his time, fighting his nerves, rolled over the triple and then the Turtle jump to cross the line as the 2012 IFMAR World Champion! The amazing conclusion to an extradinary year for both Batlle who won the Spanish title just months ago and Tessmann who swept 1/8 honors in all three classes here in the US. 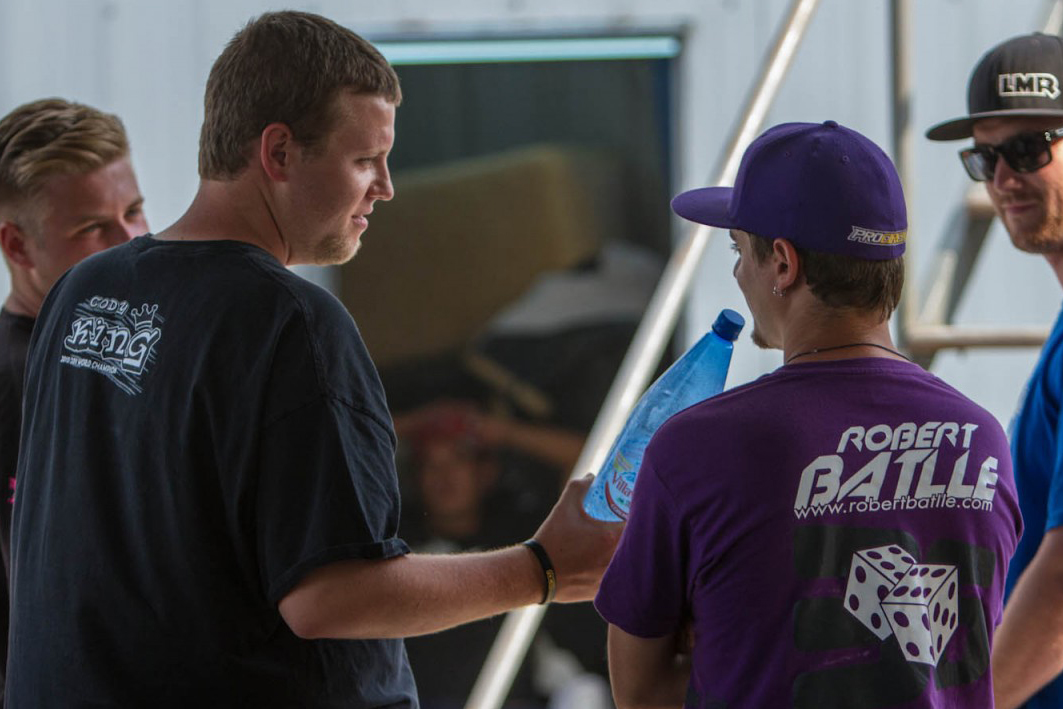