Robby Gordon has been reading RC Car Action since he was a kid and received his first real RC vehicle, a Kyosho electric USA-1. The Jesse James-inspired ’54 Chevy Bel Air Kustom you see here is a long way from that classic Kyosho, but it does have a little monster truck DNA. Robby borrowed the transmission, diffs, bulkheads and shocks from an Associated Monster GT, and hand-made the rest, cutting and bending sheetmetal to give him the appropriate wheelbase, track and stance for the rat-rod Chevy. A pair of Power HD metal-gear servos handle steering and throttle, controlled by a Flysky GT-3B radio. For power Robby uses a 21cc gas motor. That torque is put to good use; the 4-wheel-drive system is tasked with moving the Chevy’s 28 pounds on a set of Pro-Line Moab tires.

Want to see your machine here? Send photos and a description to readersrides@airage.com. Be sure to send the full-size photos. If that bogs your email, use WeTransfer–it’s easy and free.

For tips on photographing your car, watch the video at the bottom of the page: 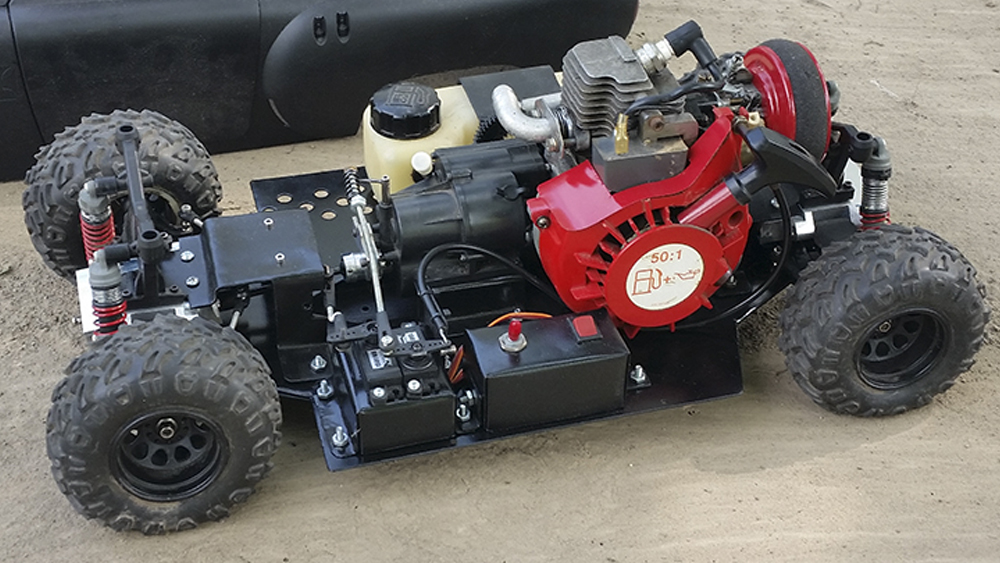 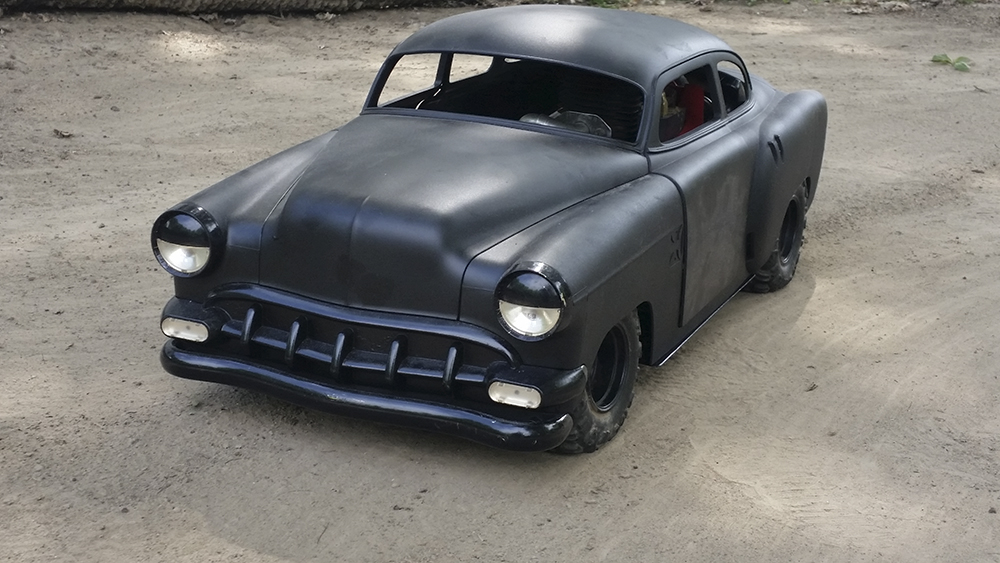 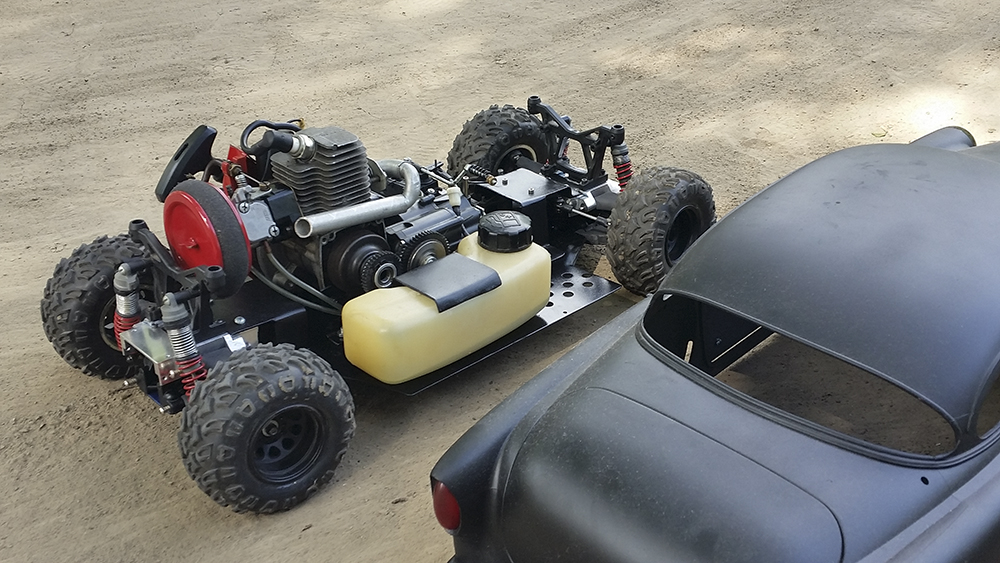 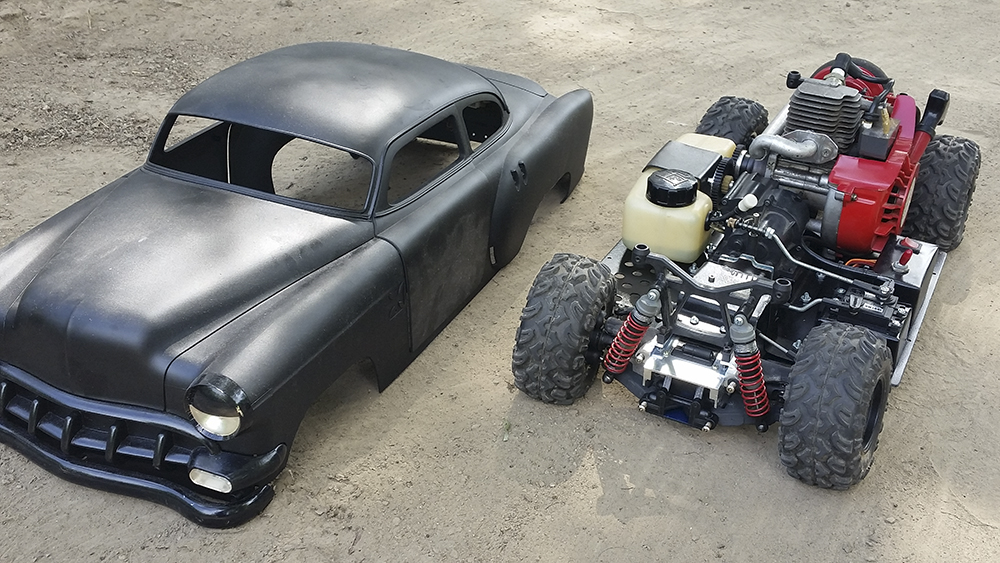 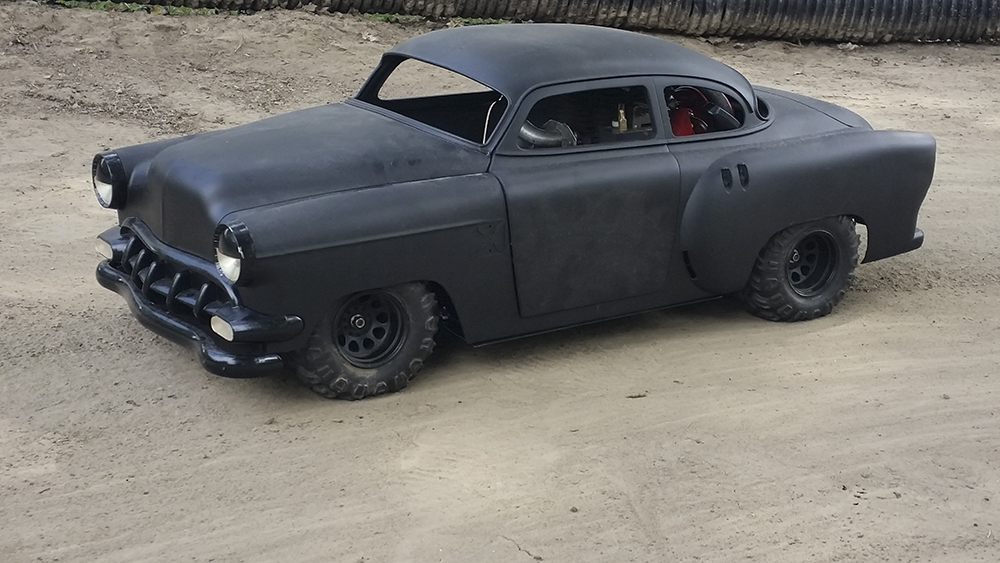