The 2010 Hot Rod Hobbies Shootout was held this past weekend, and as expected the turnout did not disappoint even with the brutally hot weather.

The Shootout proves itself to be one of the biggest electric races in the US or even the world for that matter, with some of the worlds best drivers from multiple countries being on hand year after year. The mod classes are stacked with full factory guys down into the C mains, with the super stock classes being mostly 50-75% guys trying to make a name for themselves and move into mod in the future.

I found myself(Zack Rogers) being one of the kids trying to do just that, and made it happen by getting the TQ and the overall win after A1 and A2 in super stock 4wd with my JConcepts barcodes and high flow body. Sitting on one win I tried to pull off another in super stock 2wd but could only find myself third overall behind Team Losi’s Aaron Lane and Hot Rods local Brent Calvert…who took the win and just so happens to be a JConcepts driver himself. Calvert also dominated the super stock truck class.

With those being the only three super stock classes, it was a sweep for JConcepts! Next stop, JConcepts Summer Indoor Nationals July 31st-August 1st. 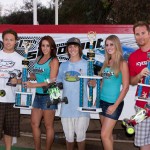 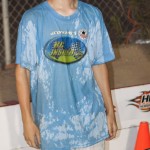 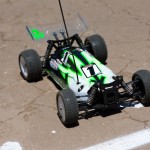