The final day of the 2013 CRCRC Winter Mid West Championships, is…the finals. It is main day here at the Ohio RC Factory, with the continued record breaking warm temperatures keeping the humidity in the building, and the soil moist. Traction is not an issue, but getting steering is because of the amount of rear grip. Barcodes in Gold are the go to tire for the JConcepts drivers in buggy, and Pressure Points are the tire in SCT.

With the great effort of the team to have many drivers in the Mod A’s, 8 in 4Wheel. With 2 bumps, a total of 7 in 2Wheel. As with many years at the January classic, making the A is difficult. Racing to the podium is more difficult. It normally comes down to mistakes on the tricky circuit, or lack of mistakes. With the freight train of cars, one crash will drop you from 2nd, or 3rd, to 7th, or 8th. It doesn’t matter if you are a regional fast guy, or World Champion. The back of the bus will be your spot in the blink of an eye.

51 main events, here are a few of the highlights.

A2 in buggy, with about a minute to go, privateer JP Richards still on Cavalieri’s bumper passes the Champ on the last lap, to the roar of the local partisan crowd, and hangs on for a 2nd for the race. Another stand out was A3 of Pro 4. With 1 win each, it was a dual for the win, in the last few laps, TQ Matt Olsen regained his lead from an earlier mistake. Randy Cathcart made an unreal pass at the end of the back stretch, squeezing his truck in a spot under braking that it should not have fit, not touching the pipe, or Olsen. Not to be outdone, Olsen made a pass on the double-double to the inside of the left hander gaining the lead for the last lap, and held on for the win.

With JConcepts getting a podium in several classes, the win from Olson, the strong showing from the entire team. This weekend can only be summed up as a success, and a great start to the new season. Thanks to the CRCRC club for another great event, the host track, Ohio RC Factory and all of the racers who make the trek to central Ohio every year.

Along with a huge congratulations to the drivers of JConcepts, it’s a long list, and I don’t want to leave anyone off. It was a pleasure to spend the weekend with all of you, and hopefully be a small part of your success. See you at the next event. 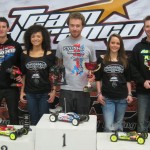 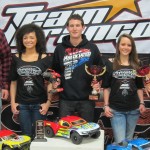 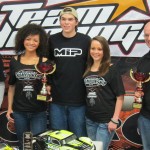 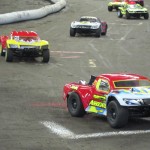 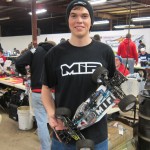 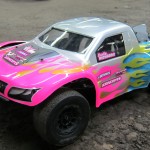