This past weekend the JConcepts Team traveled to LCRC Raceway in Oakland Mills, PA for the 2020 Mugen Challenge! LCRC Raceway is a beautiful facility with a fully stocked hobby shop, dirt oval track, 1:8 off road dirt track, RV hookups, and plenty of pit space. The entire team appreciated the beautiful change of scenery between the mountains, the river, and the gorgeous sunsets every evening! We arrived Thursday evening to set up the pits and got straight into practice early Friday morning. The weather was consistent all weekend being sunny and 90 degrees. In fact, the moment podium pictures were over it completely downpoured. The timing couldn’t have been more perfect. This was LCRC’s biggest Mugen Challenge to date with 483 entries and 232 unique drivers! 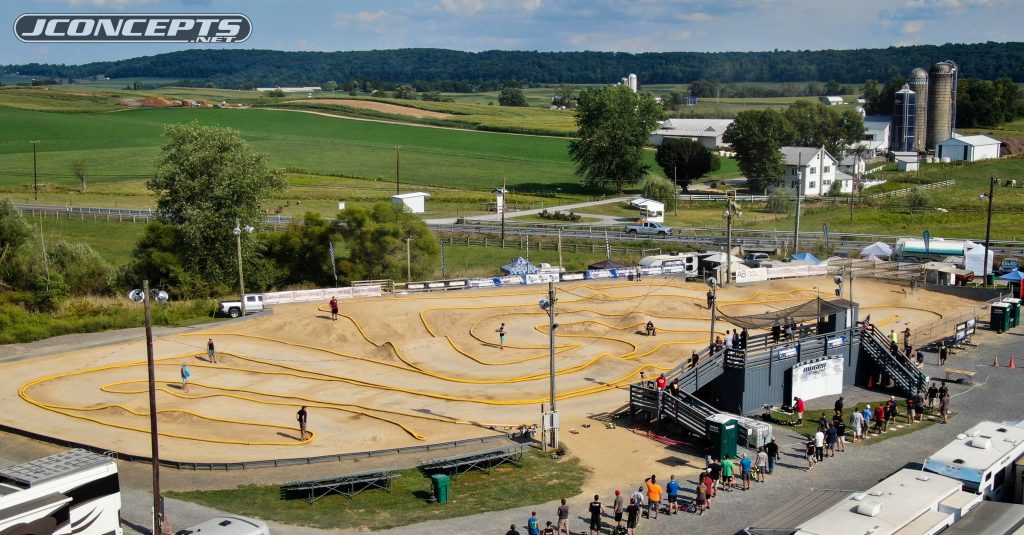 The track conditions were primarily dry and dusty, but the facility crew did perform track maintenance periodically and watered it down. That being said, the team experimented with Stalkers, Reflexes, and Detoxes throughout the weekend. The aqua compound particularly was quite popular. For the mains, Ryan Maifield used Detoxes on his nitro buggy and Reflexes on his nitro truck. The track was a combination of fast and technical features, making for a fun layout. 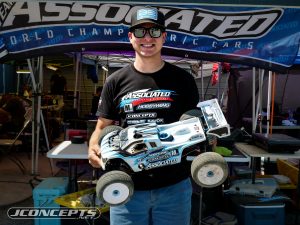 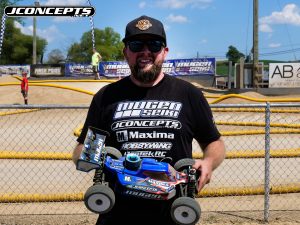 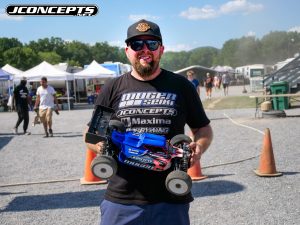 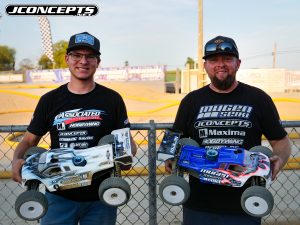 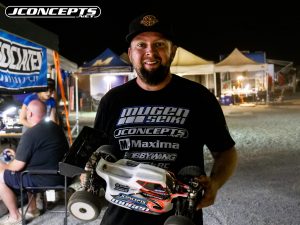 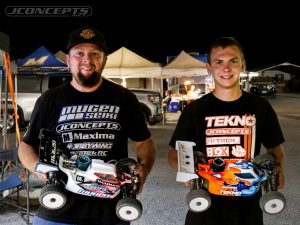 The 1:8 Nitro Truck main started with Maifield leading and Rivkin right behind him. VanDalen and Rivkin were battling for the 2nd spot, VanDalen took over the 2nd. At 6:22 elapsed Rivkin and VanDalen were tenths apart still battling it out. At the 7:30 mark VanDalen took his pit stop, Rivkin was still out in the field. Rivkin then took his pit stop the following lap, but still managed to come out ahead of VanDalen hanging on to the 2nd position. VanDalen was hunting down Rivkin. Maifield came into traffic, but they let him by. VanDalen and Rivkin also came up on traffic, but got through the whoops section with less than a second between them at 10:30 elapsed. VanDalen passed Rivkin down the straight away as if they were drag racing taking over the 2nd position. Maifield was cruising along with a 3.2 second lead on 2nd place. Rivkin set the hot lap of the race with a 36.4. Around 14:22 elapsed Rivkin had a 9 second lead on VanDalen. Bornhorst was sneaking into the 3rd position. Maifield continued to have a huge lead on the field, and pit guy Adam Drake kept things lightening fast so Maifield could keep his comfortable lead. At 23 minutes Bornhorst grabbed the 2nd position from Rivkin. Rivkin was out at 23:30! Wiggins flamed out, Rinderknecht flamed out, Kothman flamed out, things were getting crazy. Bornhorst had 4 seconds over VanDalen with one minute to go. Maifield led the whole time and won the race! He finished the race with a 15.8 second lead on Bornhorst. 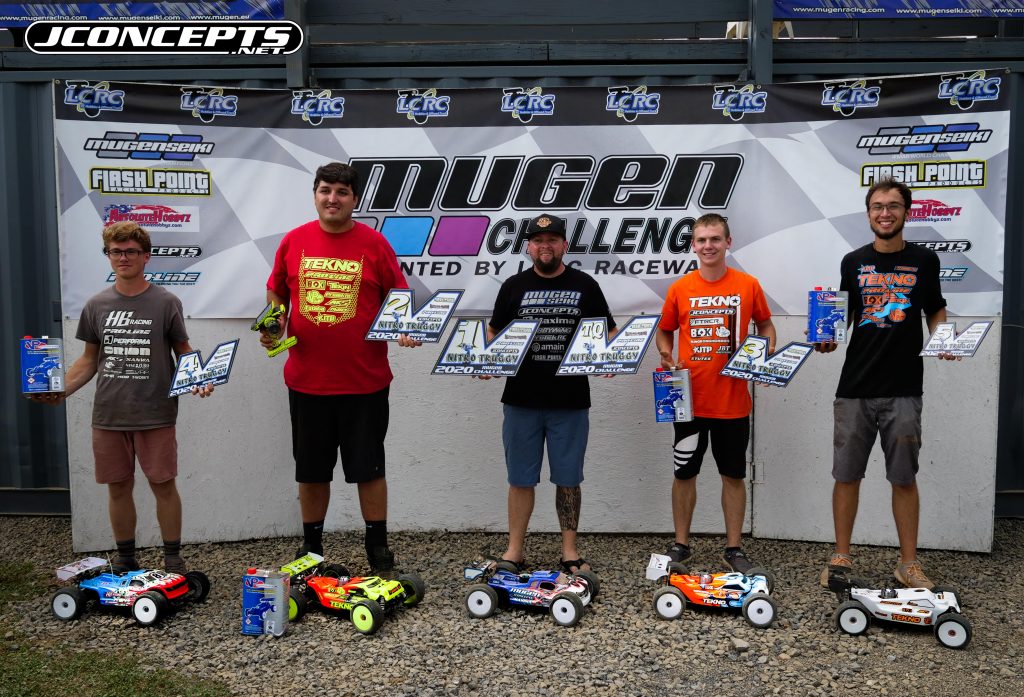 Maifield started in the 1 position after TQing both qualifiers. The race started with Vandalen second and Rivkin third. Rivkin had a bobble with Ogden on his tail. VanDalen blew the corner and dropped back to 4th. Ogden got together with Rivkin and Spencer received the worst of it because the marshal did not see him. It was now Maifield in the lead, Ogden in the 2nd and VanDalen in the 3rd. VanDalen was picking up the pace, moving into the 2nd position around the 5 minute mark. VanDalen couldn’t get too comfortable because within the next minute Ogden took back the second position. It was in this moment the intensity of the race picked up for the next 39 minutes. Maifield had formed a bigger gap and blazed through the pit stop keeping his 1st place position. VanDalen had a bobble, Mackanick took over the 4th spot. Meanwhile, Lutz and Heckert move up and battle for the 3rd position. At this point Maifield and Ogden are 1.5 seconds apart. Lutz flamed out at 15:15 elapsed, giving Heckert the 3rd spot. Ogden got in front of Maifield. Maifield was hunting him down to take back the #1 spot, 16 minutes had elapsed. They were 1 second apart. Ogden blew the corner, Maifield regaining his spot! The chase was on! There was 18 minutes to go and they were neck in neck. Ogden hit the pipe on the back straightaway allowing Maifield to pull away a little more. 22:16 had elapsed, Ogden had caught up to Maifield. VanDalen flamed out losing the #4 spot. Maifield got it wrong, Ogden took over again. They both went in to pit at the same time, who could make it out faster? Ogden got out first hanging on to the #1 spot a little longer. At 25 minutes gone, Ogden and Maifield had a lap on the entire field. Ogden got caught on two wheels, Maifield passed him in the straight before the double! Ogden eeked out in front of Maifield down the front straight away. Ogden got turned around but he managed to close the gap on Maifield once again, staying in the fight. Maifield had a bobble and Ogden took back over the #1 spot. With 10.5 minutes left in the race, Ogden got it wrong in the single double. Ogden still managed to get back out in front. Ogden took his final pit stop and Maifield stretched it longer taking his pit the lap after. After the pit stops, Ogden got out quick, regaining the lead but Maifield was still on his tail. The crowd was on the edge of their seats. Ogden flipped on his lid, and Maifield managed to take #1 position and created a relatively large lead. 2.5 minutes to go Ogden was hunting Maifield down, closing the gap. Ogden had one final bobble and Maifield managed to keep a 5.8 second lead as he blazed through the finish. An insane race to witness! 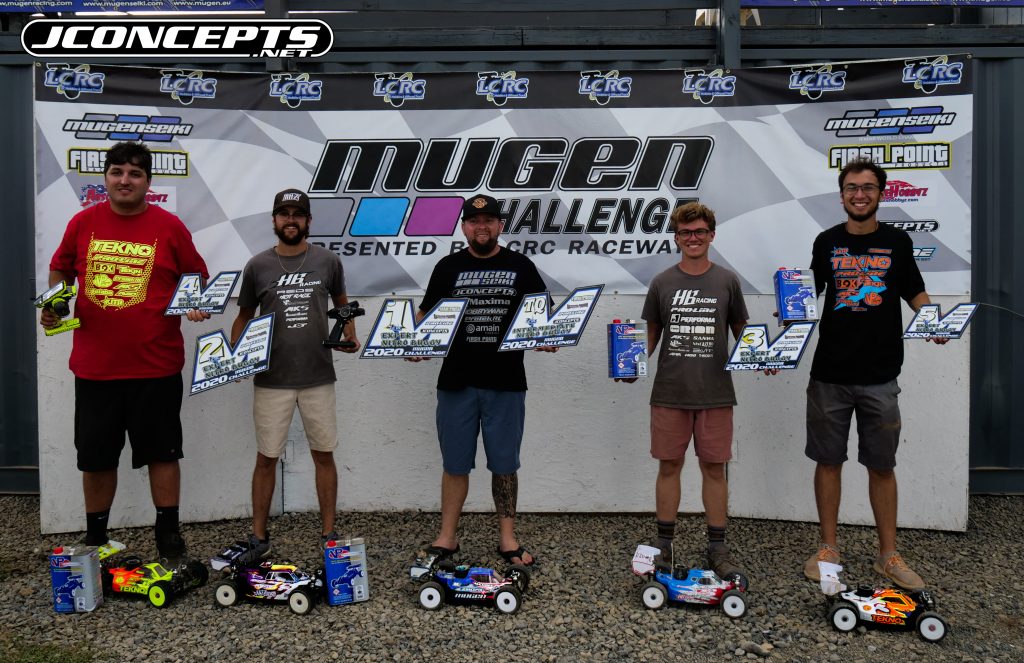 The final race of the day. This was the final race Maifield needed to win in order to achieve the triple crown of the weekend! Maifield started off leading the race once more, Bornhorst behind him. Bornhorst got on his lid and dropped back to 4th. VanDalen moved into the second position 2.3 seconds behind Maifield. VanDalen on his lid, Lutz moved in but he rolled, costing him time. Furthering the gap, Maifield now had a 4 second lead on second place. Ogden, Bornhorst, and Brunson were battling it out for the 3rd position. At 5.5 minutes elapsed there was a 1.6 second gap between Maifield and Lutz. Bornhorst and Ogden were still battling it out. Bornhorst got it wrong letting Ogden slide into the #3 position. Maifield increased his lead to 2 seconds over Lutz. Rivkin set the hot lap of the race with a 37.42. Maifield ended up going 3 and 3 for the weekend finishing 2.3 seconds in front of Lutz! 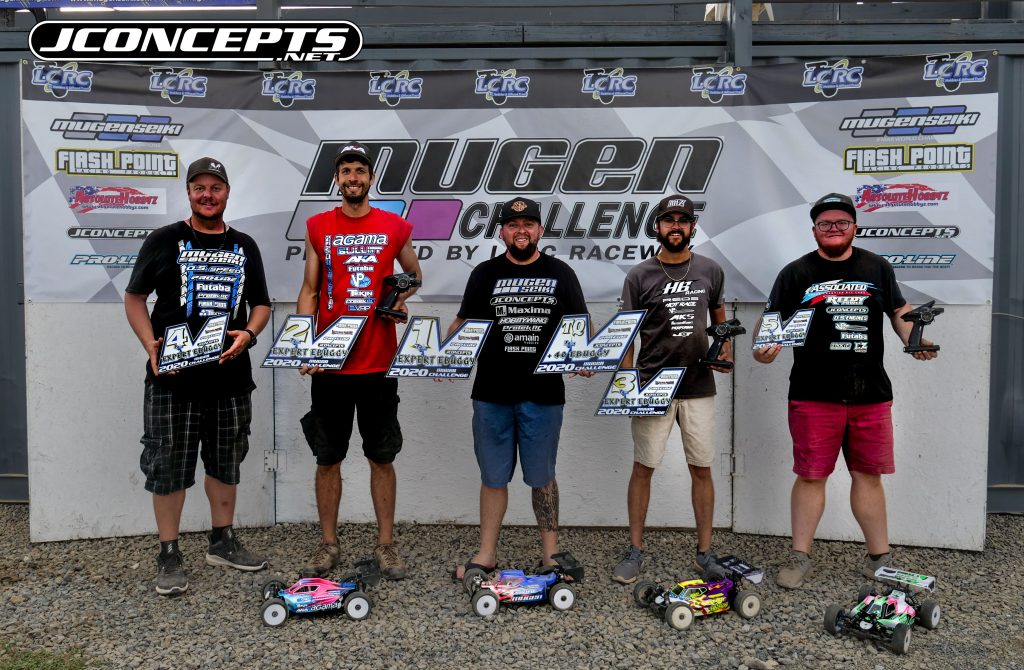 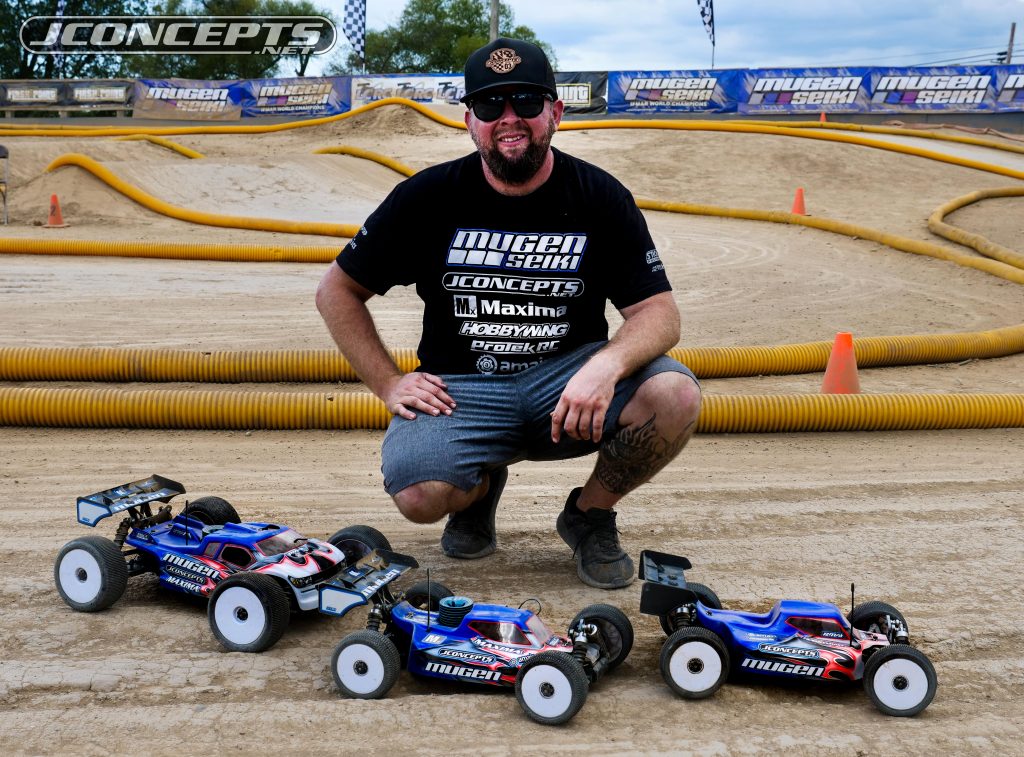 Overall, it was a fun weekend filled with good battles, a great track layout, and good people! Ryan Maifield had a perfect weekend winning all three classes! In fact, he led both the Nitro Truck and the Electric Buggy mains the entire time. Cole Ogden him gave him a run for his money during the Nitro Buggy race, but it’s battles like that that make this sport great. People crowded all around the track, sat in the bleachers, and stood on the ramp that extended off the drivers stand. The oohs and ahhs of the spectators, the energy during that race are what make events like this something to remember. Until next time, keep on keeping RC fun!