The FORCE Series Round 1 Fall Session

SS Hobbies and Raceway played host to round one of “The FORCE Series” fall session this past weekend. With heavy rains throughout Friday practice and Saturday race day, racing went on without delays as this unique track is covered and protected from mother nature. With 134 entries going into qualifying, racing heated up quickly in expert nitro buggy class as JConcepts teammates Lee Setser, JR Mitch, and AJ Marasco would qualify top 3 going into the A-main event. The 25 minute main would see plenty of action throughout, but it was Lee Setser that held off a late charge from JR Mitch for the win. JR would finish 2nd and AJ Marasco rounded out the top 3.

Expert e-buggy would see another battle between JR Mitch and Lee Setser throughout qualifying, but it was JR who took the overall TQ after 2 rounds. The double A-mains would see 2 epic battles as both Lee and JR would trade the lead 6-8 times with JR winning A-1 and Lee winning A-2. JR would win the tie-breaker by .05 for the overall win, Lee would finish 2nd, and Ryan Harris would round out the top 3. 40+ Nitro buggy would see JConcepts driver Carl Lebo set the early pace in qualifying and held on for the overall TQ after 2 rounds. Carl and AJ Johnson would have a great battle in the A-main trading positions multiple times, but it was Carl that would hold on for the win, with AJ finishing 2nd, and Kurt Stephan in 3rd. 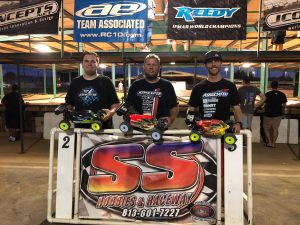 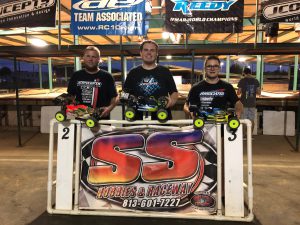 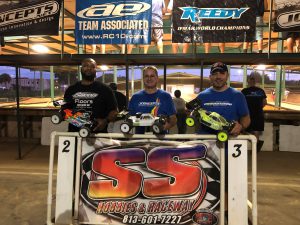 Thank you to SS Hobbies & Raceway for a great venue and The FORCE Series crew for running another great event! We look forward to round 2 at Triple Nickle Raceway in September.