Alberto García TQ’s a Wins with JConcepts at Round 1 of the SWORKz Cup.

Hosted by the Cervera track located in Palencia, Spain from 27th to 28th September, the technical layout with close corners and a double jump made for some tricky racing.

For the first practice heats, the surface was almost dry and clean but agressive, Alberto chose JConcepts Stackers in blue compound as the best option.

For qualifying, after a storm the surface become muddy, using Double Dees in green compound Alberto was able to TQ all rounds, securing the #1 grid in the semifinals.

The semifinal had the weather clear up a bit, Alberto decided to go on Double Dees in blue compound to secure the 20 minute semifinals. The performance was excellent and Alberto started the 45minutes main final on pole position.

The tire choice for the final was not easy as expected, as there were clouds and it was raining after the B semifinal, Alberto decided to use Stackers in blue compound.

After 32 minutes, Alberto was in the lead by two laps in front of the rest of the pack, when a heavy storm forced the stop of the race, keeping the current results giving Alberto the victory! 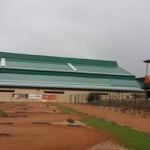 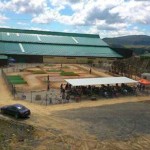 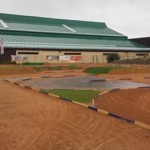 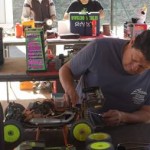 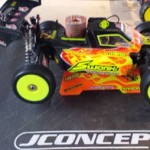 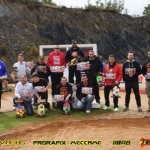