The Harris brothers dominate at round 4 of the Super Cup Championship series. Ruona and Mitch take 4wd modified, truck modified and 1/8th E-buggy.

Josh and Jeremy Harris came to win in Daytona. Regardless of the vintage date on their respective vehicles it was Showtime all weekend.

In preparation for the Vintage Nationals, Jeremy Harris TQ’ed and won the stock buggy class with his RC10. Battling with Josh Wade and Paul Lawrence for most of the race Jeremy eventually put the race on ice with some brilliant end-of-race driving. Josh Wade also driving a vintage vehicle the Traxxas TRX-3 showed the older models are also to be reckoned with this year. Jeremy was racing on JConcepts wheels and tires all weekend with the Double Dees being the top choice in the A-main.

Josh Harris TQ’ed the popular 2wd modified class and proceeded to check-out to an early lead. A mistake by Josh put brother Jeremy and Jason Ruona very close but a tangle between 2nd and 3rd opened some breathing room for Josh and he cruised home to a 2wd modified victory. Josh ran the JConcepts Double Dees rear tire and Groovy front tire on his way to victory.

1/8th E-buggy is an upcoming class on the Super Cup series and JR Mitch and Felix Law have competed with each other all year. Felix who was unable to run due to a mechanical problem allowed JR to easily take the TQ. Andrew Moore and Jon Faulkner breaking in new E-buggies had some early issues but remained a threat to each other all weekend. In the main it was JR who took a commanding lead and then began to have some fun with the competition. Finishing order was JR Mitch, Andrew Moore and Jon Faulkner. JR ran the Double Dees in blue compound all weekend taking the TQ and victory on the same set.

Modified truck A-main was dominated by JR Mitch. The “truck master” easily took the pole position in qualifying and then proceeded to check-out during the A-main. Daytona driver Bill Flaherty finished 2nd with Andrew Moore finishing 3rd. JR Mitch was decked out with JConcepts all weekend running the Double Dees on the front and rear of his Team Associated T4.

Pro 2 stock was owned by Hayden “Turtle” Jolly. Hayden took the TQ and won a close race against Ken Shiver and Chris McFalls. Super Cup point’s leader Craig Lowe finished in the 4th position. Pro 2 stock will be a battle heading into race 5 in Coral Springs.

In the Pro 4 modified class it was Jader Lopez running his Slash 4×4 taking the win. Finishing in the 2nd spot was Rick Bender with Dave Singer in 3rd.

Pro 2 modified was a real thriller. TQ Felix Law held a small lead early-on but Mike Applegate and Matt Mosieur would just not fold. Mike briefly took the lead over Felix but made a slight mistake allowing Felix to regain the race lead. Matt was looking really strong in 3rd made a charge on Mike for 2nd place as the last laps unfolded. In a unique move with 5 seconds left Matt dove to the inside of Mike and as the 2 crossed the finish line it appeared to be a dead-heat and Matt finishing second. However, a crash between them at the line made things interesting as they had both made the extra lap but were both upside down. A speedy turn marshal came out of no-where to help the crashed vehicles. With a steady hand and smooth line on the last lap Mike held onto second with Matt Mosieur in 3rd. Felix took the win and relied on the JConcepts Subcultures tires, Rulux wheels and Truth body on his HPI Blitz.

Last but not least were the official bad boys in the 4wd modified class. After turning the fastest lap-times and overall times of the weekend Jason Ruona, JR Mitch, Ryan Eckert, Brett Kingsbury and Josh Harris were set to do battle. Ruona got a great jump and held the lead with pressure from JR Mitch. JR attempted a pass but got the worst end of the exchange and fell to 3rd. Ryan Eckert was now in 2nd place with Ruona out front cruising. Mitch set a few lap-time lows as he moved his way closer to Ryan but in the end it wasn’t enough. The finishing order was Jason Ruona 1st, Ryan Eckert 2nd and JR Mitch in 3rd.

Thanks to the East Coast R/C Club for hosting the event and especially to Manny Otmane for his hard work and help throughout the weekend.

Round 5 will be in Coral Springs on May 22nd. Visit SuperCupEvents.com for more information. 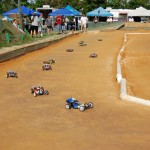 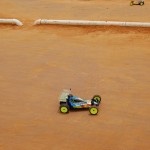 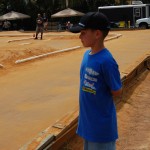 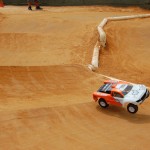 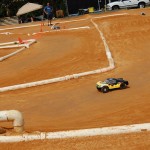 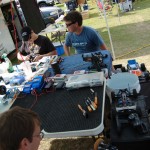 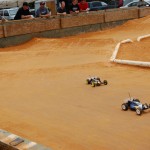 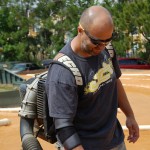 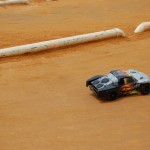 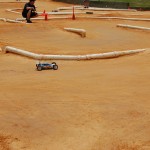 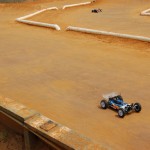 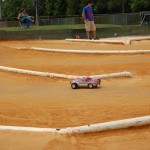 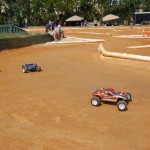 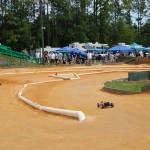 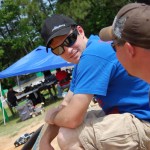 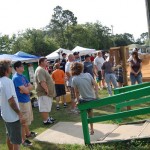 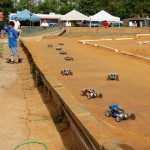 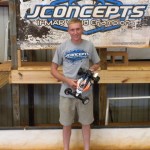 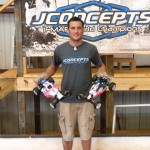